Competing to become the best they can be

When athletic skill and competitive drive meet opportunity, it can be a powerful force in the life of a young person.


It’s not uncommon to find highly motivated young people in the Unbound sponsorship program. Many are the accounts of sponsored youth who embrace the opportunity to pursue an education and climb their way out of poverty with the support of a caring sponsor.

But, important as academic and economic success are, the youth of Unbound are motivated by more than those things alone. Like young people everywhere, they’re also driven by activities they love and the desire to participate in them at the highest level. Often these include sports.

Competitive athletics promotes health and builds character in any young person, but for some it can also provide a path into a better life. It remains to be seen whether or not that will be the case for the youth you’re about to meet, but if it isn’t, it won’t be for a lack of effort on their part.


A famous Indian weightlifter visited the village of former Unbound sponsored child Clara when she was 15. Clara was impressed and decided then that she wanted to take up the sport. Her mother, perhaps thinking Clara might eventually lose interest, told her she could when the school year was finished. Clara didn’t forget.

“Once I completed my 10th standard [grade],” Clara said, “I came home and asked my mother whether I can join weightlifting. My mother accepted and I joined weightlifting.”

Now 21, Clara has graduated from the Unbound program. After training for five years, she had already won several local competitions. She hopes to represent her country one day internationally. “I would like to get a medal for India in weightlifting,” she said.

One of two children of a widowed mother with limited resources, Clara appreciates the opportunities that Unbound sponsorship provided her.

“I feel special to be a part of [Unbound]. There are many children who are in need of education, and I’m very thankful that because of sponsorship I am able to study and get a good education.” 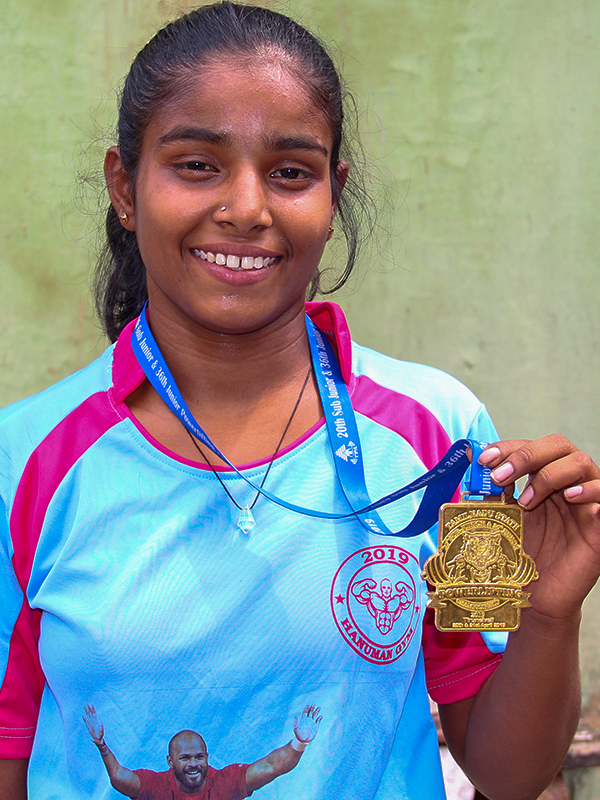 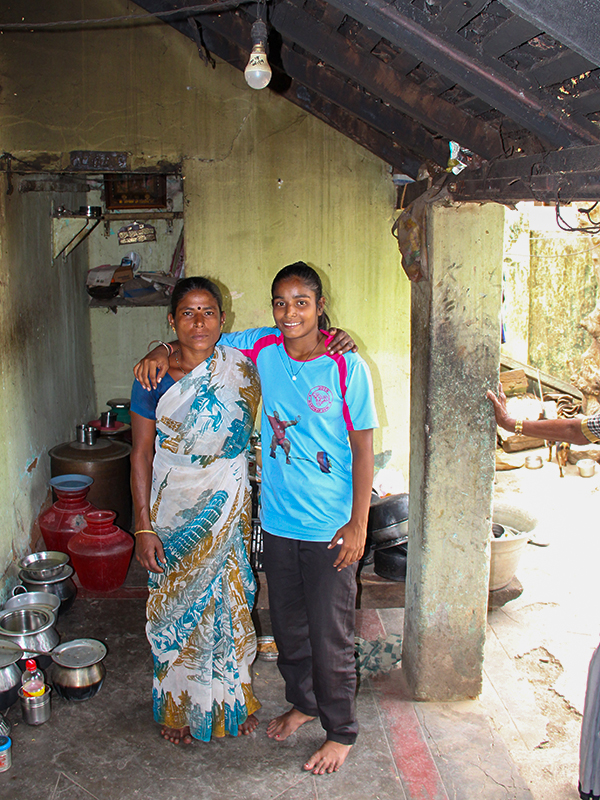 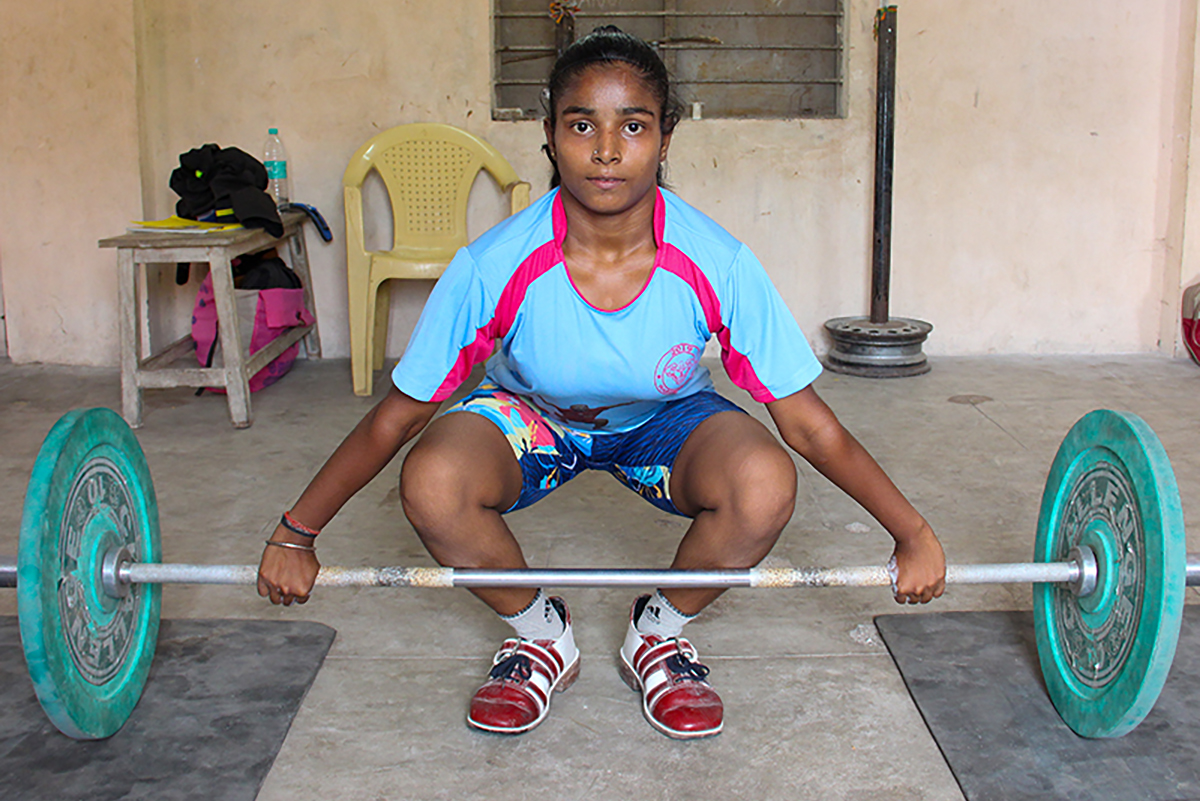 Clara participates in weightlifting events and hopes to one day represent India in international competition. Clara proudly displays a medal she won in competition.

going the distance for their kids


The members of one Unbound mothers group in Nairobi, Kenya, encourage their kids to fight. More precisely, they encourage them to learn the sport of boxing for exercise and self-discipline. They’re also working to make sure they have the proper equipment to train safely.

Florence, a leader of the group, said, “We came here (the social hall where the youth train) and saw the environment in which our [children] were practicing, and we observed they did not have the right equipment for the practice sessions.”

The mothers upgraded the training equipment, including purchasing new sparring gloves, with funds they acquired through an Agents of Change grant. Agents of Change is an Unbound platform created to help local communities make needed improvements.

Kenneth “Valdez” Ochieng, a retired welterweight who represented Kenya in international tournaments, helps train the young people. From his own experience, he appreciates the discipline and camaraderie the sport instills in them. “I enjoy doing that because I feel good when I see them getting employed through boxing,” he said.

Ochieng’s efforts, and those of the mothers, are appreciated by the aspiring boxers, including Unbound sponsored youth Fidel, 20, who’s gone all in on his training. “Boxing is a passion,” he said. “You have to commit yourself.” 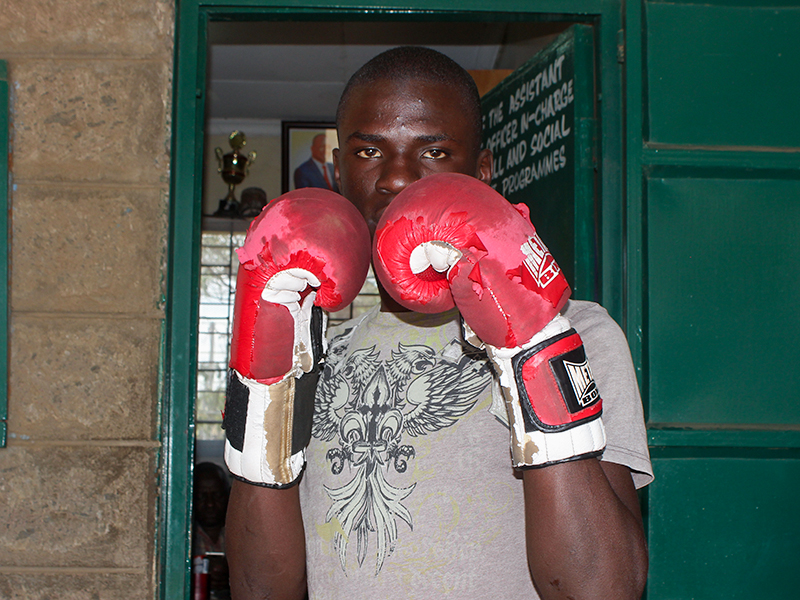 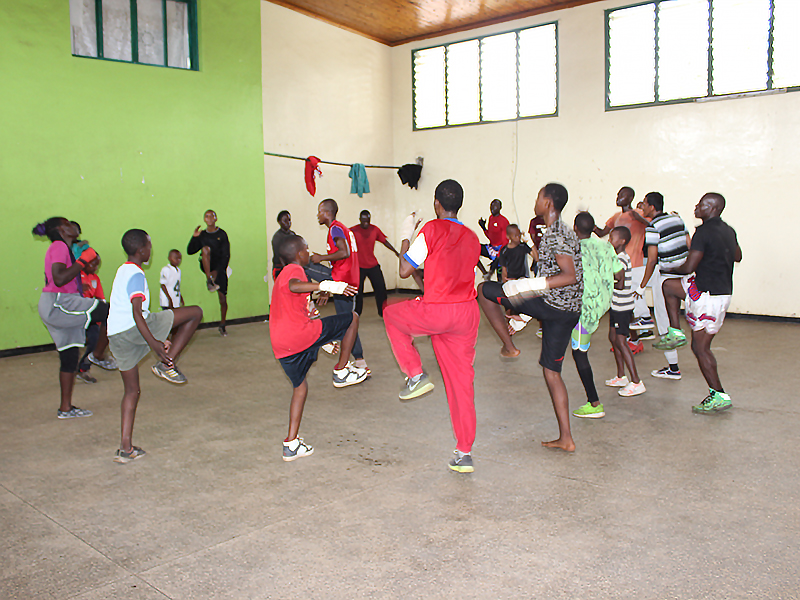 Sponsored youth Fidel shows his basic boxing stance. In Nairobi, Kenya, young people gather at a local social hall to train in the sport of boxing. .

THAT'S HOW SHE ROLLS


Commitment is no stranger to Yogeshwari, a 17-year- old sponsored girl from India who aspires to represent her country internationally in competitive roller skating. It’s an ambition she’s been nurturing since she was small and saw a group of kids skating in the park. She knew that was for her.

“I participated in 300 meters, 500 meters and RAD [Roller Alpine and Downhill] racing. My favorite is 300 meters, and I would like to achieve timing like 29 seconds.”

An exemplary student, Yogeshwari is in the 12th grade. While she carried a heavy course load in high school including a heavy course load that includes zoology, botany, physics, chemistry, English and her native Tamil language. Still, she found time daily to practice her skating.

“I practice five hours in a day,” she said. “I think it’s very easy for me. … Morning two hours and evening three hours I practice. Morning is a road session and evening a ring session.”

Like other student athletes in the Unbound program, Yogeshwari is deeply grateful for the opportunities sponsorship provides for her to pursue both her education and her passion.

“I got a sponsor when am studying in 7th standard [grade], and am so happy to have a sponsor,” she said. 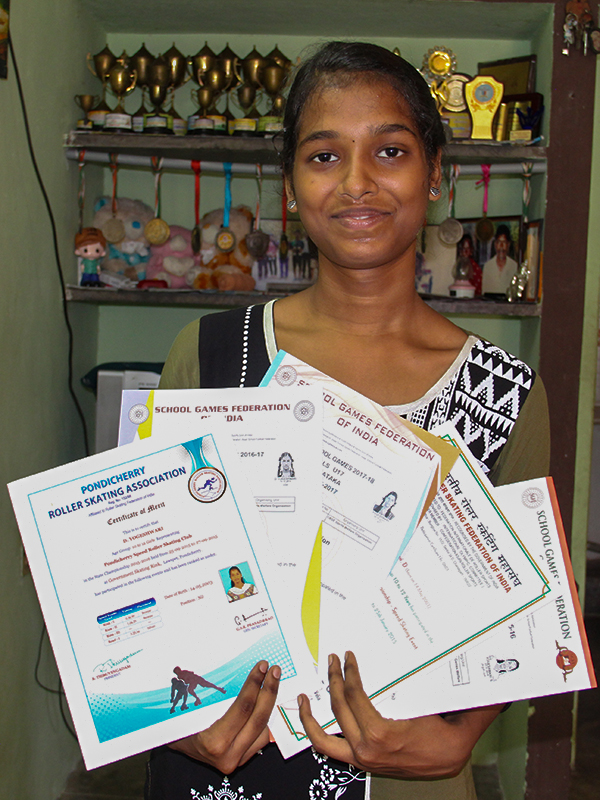 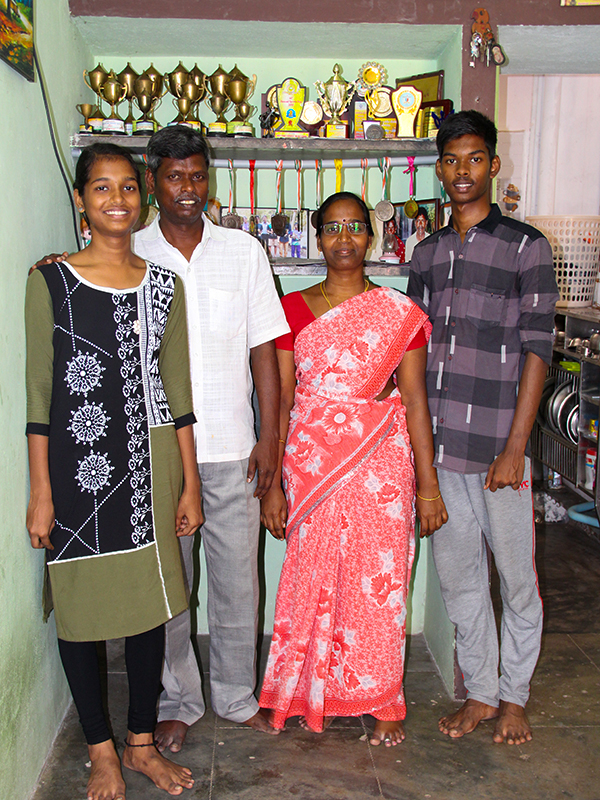 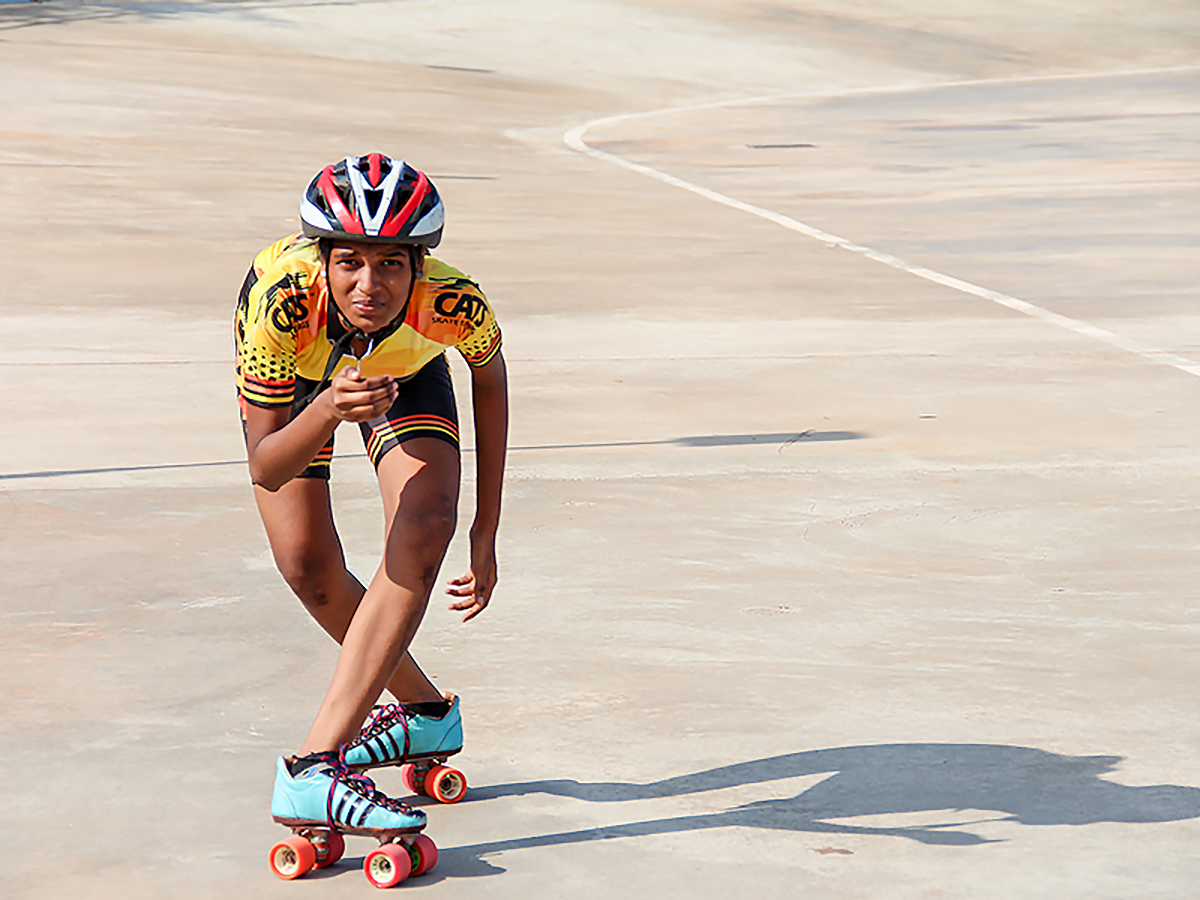 Yogeshwari shows her game face as she prepares to race. She shows  several skating recognitions she’s earned while her family supports her passion of skating.