Resilient in a crisis

As pandemic pulls more around the world into extreme poverty, families push back


Recent reports from the World Bank predicted that an additional 88 million to 115 million people across the developing world risk falling into extreme poverty because of the COVID-19 pandemic, erasing years of hard-won progress. Four families served by Unbound in four different regions of the world earlier this year shared the steps they’re taking to keep their livelihoods afloat during the pandemic.


In the Kibagare slum community of Nairobi, Kenya, 67-year-old Benetta runs a small charcoal business out of her one-room shanty that she shares with four of her grandchildren. She says she has no other option but to continue working during the COVID-19 pandemic to support her grandkids, whose she’s been raising on her own since the death of her son.

“If I stay home these children won’t get an education,” she said. “I have to sell these things so that they are able to attend school.”

In addition to selling charcoal, Benetta sells bananas, candy and peanuts. “Since the virus was reported in Kenya my business went down,” she said. “The food in the house also reduced. I sell my stock and whatever remains we eat.”

Benetta says that the practice of her faith is also suffering since the pandemic because the virus has forced her church to remain closed. She never had the opportunity to learn how to read or write, so she enjoyed going to church on Sundays before the pandemic to listen to stories from the Bible.

Benetta is one of more than 30,000 elders who are receiving cash transfers and direct services through Unbound, which is the only sponsorship organization in the United States that includes the elderly. 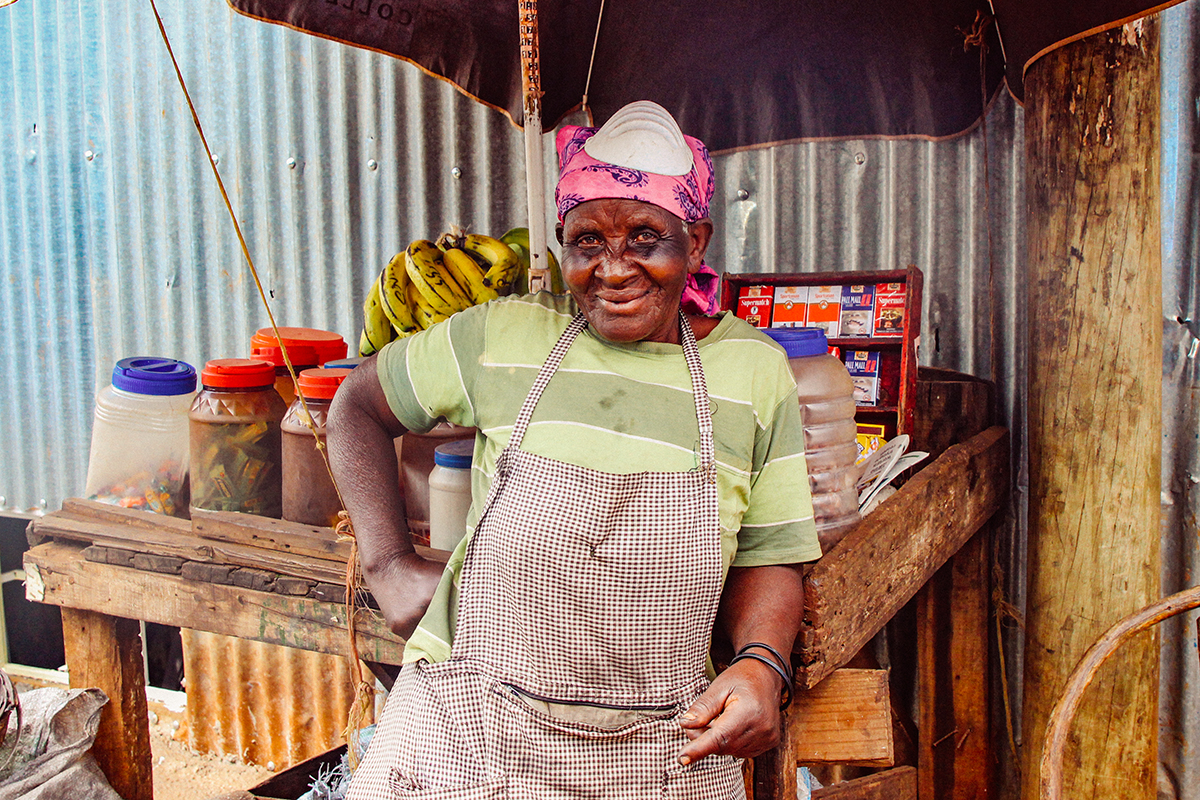 Sponsored elder Benetta in Nairobi says that she has no other option but to continue working during the COVID-19 pandemic because she’s the sole provider for her four grandchildren.


Shanthi is a 36-year-old widow and mother of three in Hyderabad, India, who has struggled to find steady work since the pandemic began. She used to have a bustling snack vending business in the local market, but the virus forced her business to remain closed for months. Now she spends each day searching for informal work around her community to earn income to feed her three children.

“As a family we are struggling a lot,” Shanthi said. “I’m ready to work and searching for work. On days when I am able to find work, it’s only for two days out [of] the week and that’s what I use to buy food.”

The steadiest work Shanthi found was helping a painter mix paint two days a week, earning the equivalent $2 to $6 a day. She’s also still coping with the loss of her husband, and says being confined in the house has not helped.

“If the father of my children was alive the situation would have been different,” she said. “And thinking about that has given me more sadness over these two months. I used to be able to go to work and not think about it. Now there is no work and we are just staying at home.”

Shanthi’s daughter, Vaishnavi, is sponsored through Unbound. The family has received COVID-19 support from Unbound in the form of food benefits in addition to sponsorship. 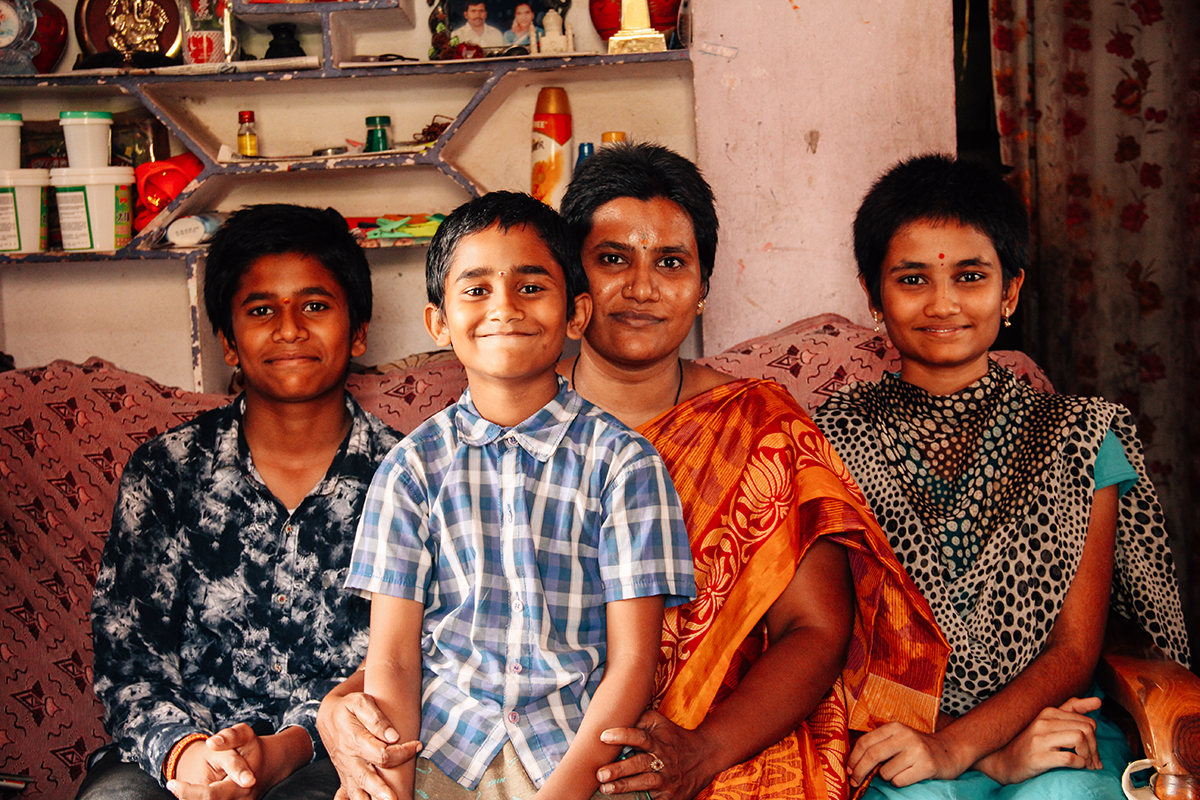 Shanthi (center) lives a small two-room home with her three children in Hyderabad, India. Since the pandemic, she spends most days searching for informal work to do around her community.


Jessica in Legazpi City, Philippines, had to evacuate from home with her family of seven because a typhoon was approaching her region.

“We were brought into a school and given our own classroom to maintain social distancing policies,” she said. “It is really hard having this pandemic and a calamity at the same time. You have to fear from acquiring the virus and fear the typhoons.”

After her parents died a few years ago, Jessica became the legal guardian to two of her youngest siblings, including 14-year-old Waynel, who is sponsored through Unbound’s program. She and her husband also have three of their own children, all living with them in the home.

“It’s really hard knowing that we are too many inside the house,” Jessica said.

Fortunately, the family found their home still standing after the typhoon passed, though they were without electricity and stable communication lines.

Jessica and her husband run a small internet café business that has been closed since the beginning of the pandemic. Her husband also works for the local government and is their only source of income now, but budgeting for the single-income family of seven has been difficult.

Through the sponsorship of her brother Waynel, Jessica’s family had access to a bank account where they could withdraw emergency funds for supplies they needed before and after the typhoon. 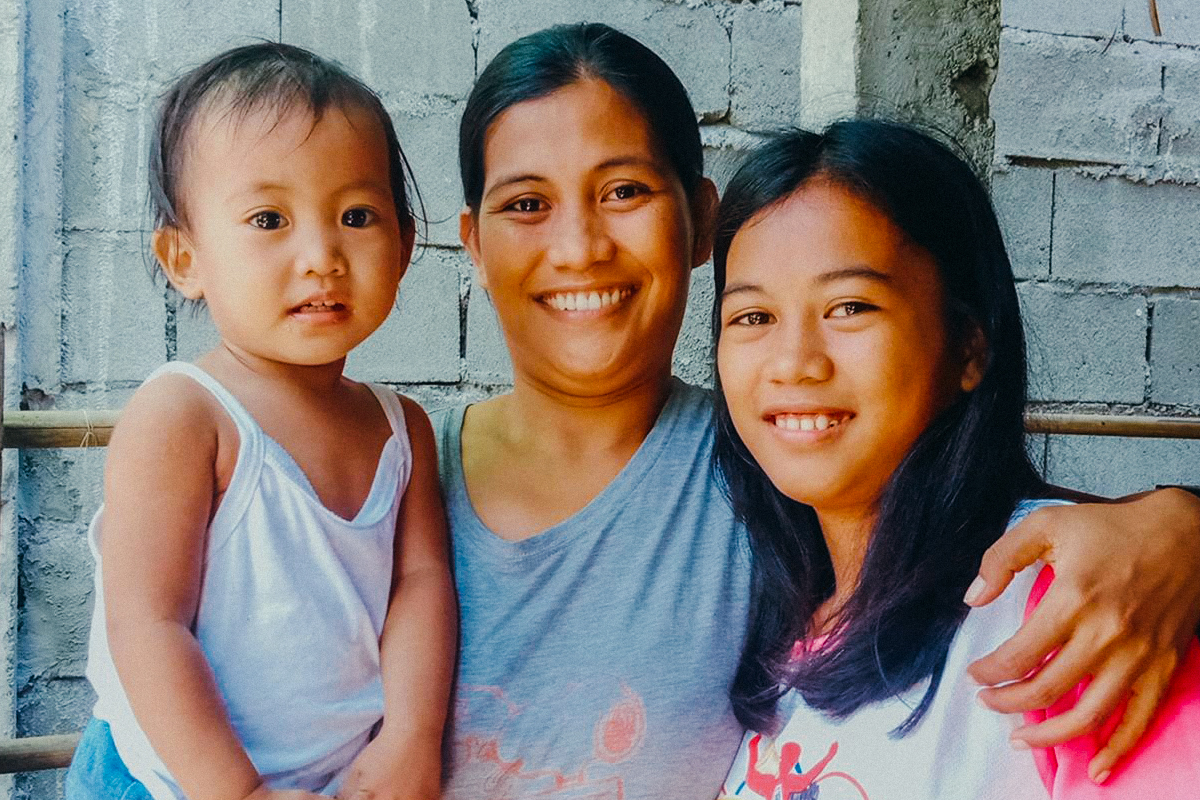 Complicating their situation in the pandemic, Jessica (center) and family in Legazpi City, Philippines, had to evacuate their home earlier this year because of a typhoon.


When the pandemic arrived in Medellin, Colombia, both Andres and his wife, Deisy, lost their jobs and ability to provide for their two young daughters.

“Nobody expected the situation we are experiencing, neither rich nor poor,” Andres said. “This is a new reality and it changed all of our lives.”

Andres started a new job working on a COVID-19 disinfection brigade as a way to keep supporting his family, but he says he’s concerned his new job could lead to him bringing the virus home.

“Sometimes I worry because we can infect our families, but we cannot stay still,” he said. “We have to find an income, so this is what we can do.”

Andres’ oldest daughter, Fernanda, has been sponsored through Unbound for three years. The benefits they receive through cash transfers have helped sustain the family since Andres lost his previous job as a painter.

While the impact to the family’s income has been devastating, Andres finds hope through the extra time he’s been able to spend with his two daughters.

“I thought that being a father meant cooking and caring for them at night when I got home; being a parent means much more,” he said. 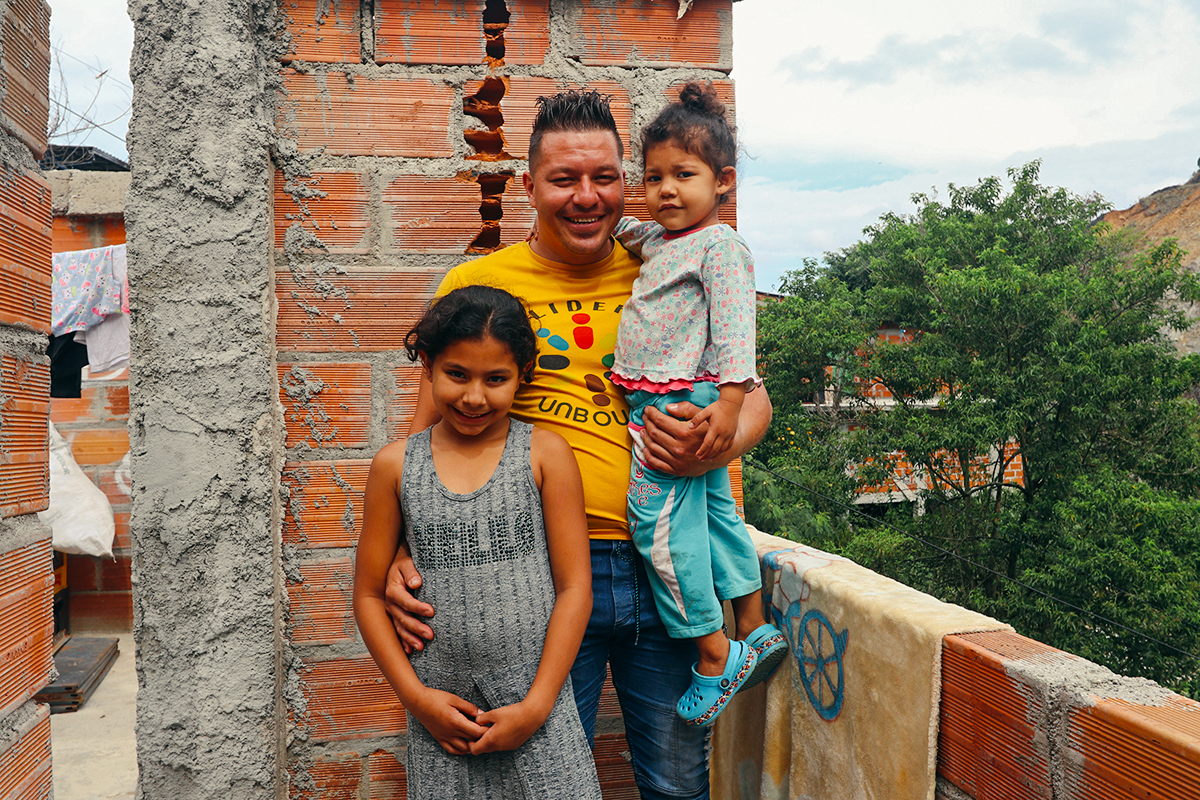 After losing his job in Medellin, Colombia, Andres says he has made good use of the extra time he has at home by bonding with his two young daughters.