An unyielding courage to succeed


For Jafet, a 21-year-old university student and entrepreneur from Bolivia, tackling obstacles is nothing new. The middle child of nine, Jafet was born blind in a rural area with few resources for children with disabilities.

About 15 years ago, Jafet, his brother Rodrigo, who is also blind, and his mother, Martha, moved from the rural countryside to El Alto, just outside the capital city of La Paz, to gain greater access to educational opportunities. Over time, the rest of Martha’s children moved to the city while her husband stayed behind to cultivate their land. 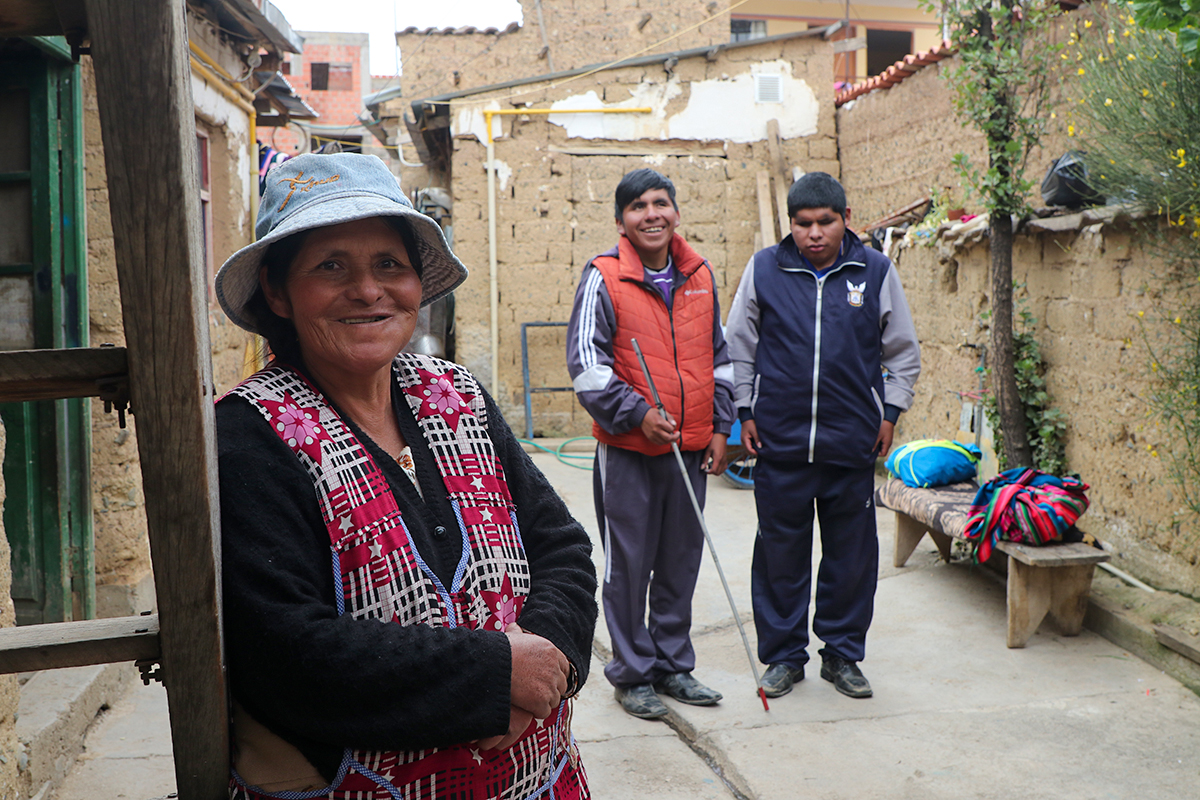 On the streets of El Alto, Bolivia, sponsored special needs youth Jafeet (center) enjoys some time with his mother, Martha (left) and brother, Rodrigo (right). Both young men are blind.


Jafet was sponsored through Unbound about 10 years ago, which helped relieve some of the financial pressure on the family. Although Martha earned an income washing clothes and doing housework, they struggled to meet their daily needs.

Asking his mom for help with materials and other school costs beyond what sponsorship could cover was a nonstarter for Jafet. He knew that, as much as she wanted to help, his mom simply didn’t have the funds. So he came up with his own solutions. 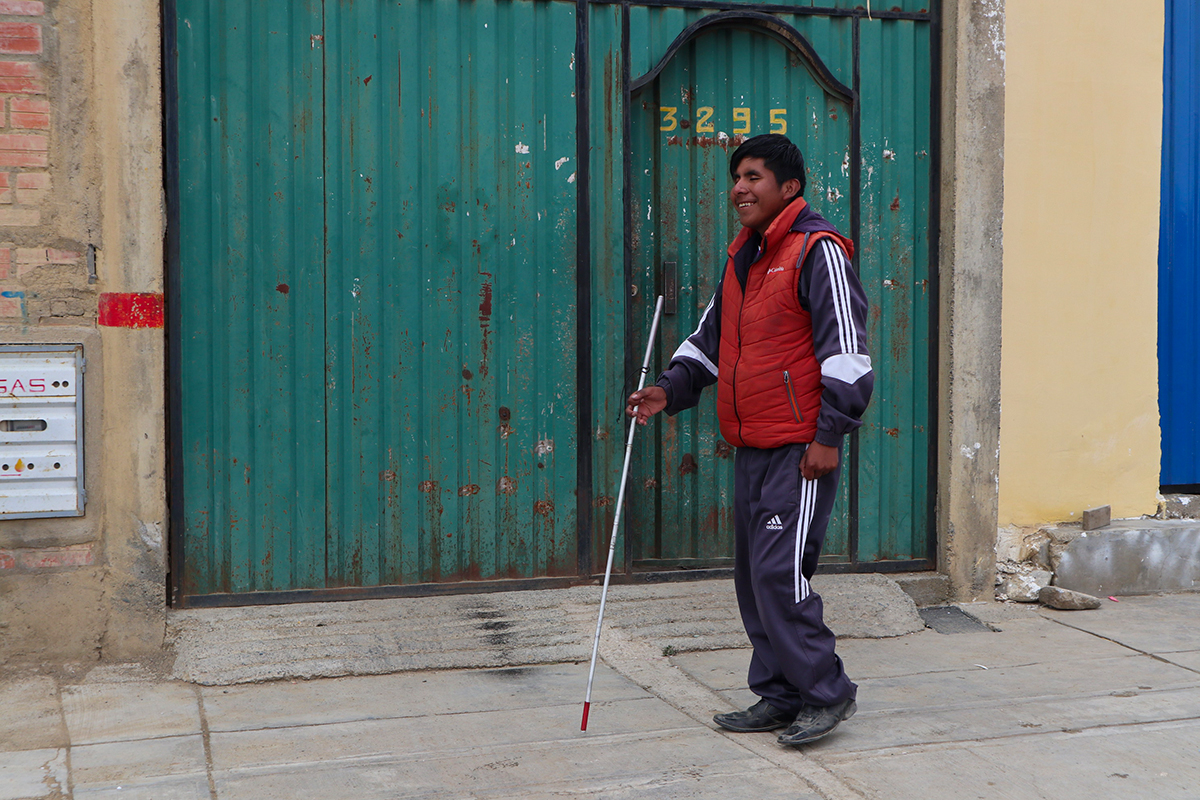 Jafet, who is working towards a degree in social communication, makes his way through the streets of El Alto. In addition to his studies, Jafet also records radio spots and operates a small store.


First Jafet secured a job at a local radio station, memorizing the locations of the various audio controls. Next, he pitched a radio broadcast to his university station and developed an educational program for youth that covered a variety of topics, such as children’s rights and responsibilities. He realized a computer would help him complete his social communications degree coursework, so he saved his money and Unbound sponsorship benefits for a year to purchase one with programs that narrate the images and words onscreen for blind users.

Jafet’s radio work revealed more opportunities. He began recording advertising spots for local businesses and mixing and recording music. In time, he was able to rent a small storefront next to his home where he sells music and a small selection of food and drinks. He advises young people facing challenges to stay focused on their goal.

“There are many problems in life,” Jafet said. “Life is like a road and we stumble and fall … but you have to keep fighting and somehow you have to get ahead. Fight, and get what you dream.”

There are many problems in life. Life is like a road and we stumble and fall … but you have to keep fighting and somehow you have to get ahead. Fight, and get what you dream. 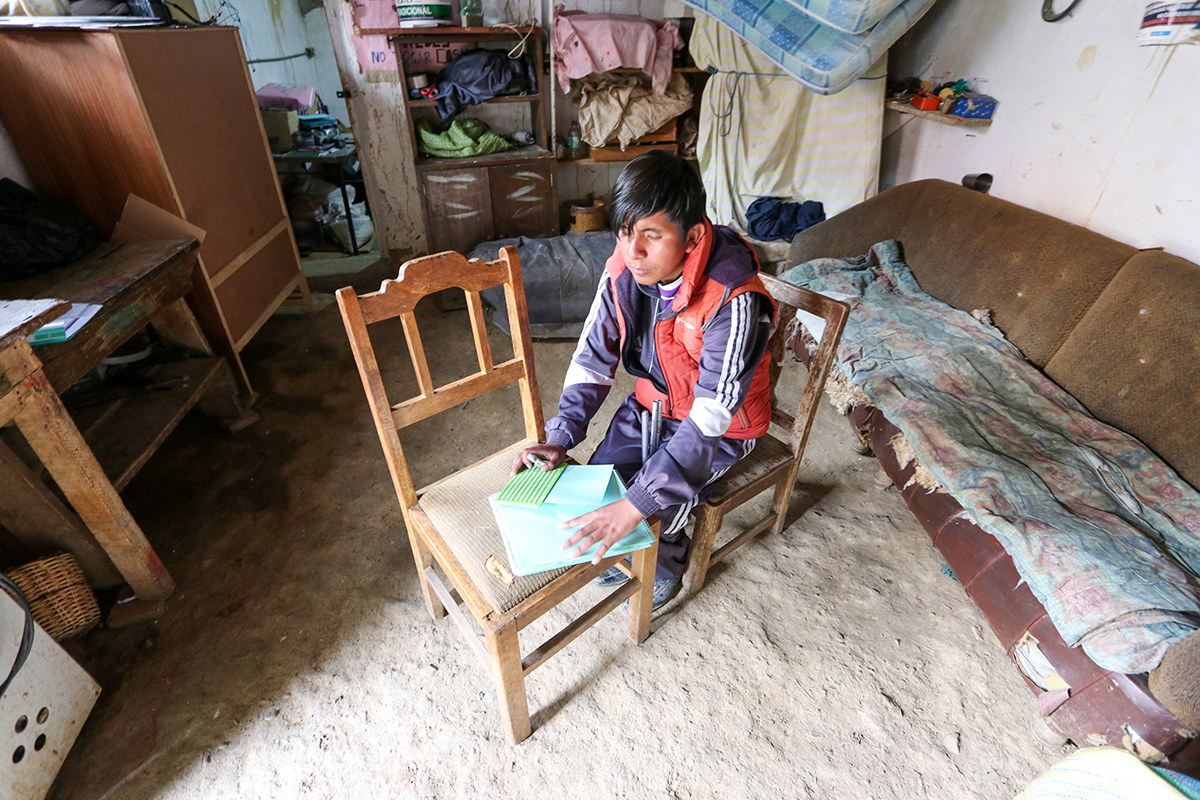 In his home, Jafet studies with the help of Braille books. He’s determined to not let either blindness or poverty keep him from achieving his dreams.