Creating their own change

Saving for a home

Helen, from the Maasai community in Kenya, has big ambitions for her family. The 30-year-old mother of three wants to educate her children, earn more from her beadwork and build a house to replace the traditional, single-room mud home where her family lives now.
She’s taking small steps to make it all happen, including saving every Kenyan shilling she can for housing materials. When her house is built, Helen said, “I will feel good. I imagine a big house with several bedrooms, a sitting room, a bathroom and a kitchen.”
The Maasai community where Helen lives began working with Unbound in 2017. They started with 25 families and 10 elders. At this writing, there were 10 more children waiting for a sponsor. Recognized worldwide for their rich culture, the Maasai are a pastoral people who live in the East Africa regions of southern Kenya and northern Tanzania. They’re known for their artistry, especially their intricate beadwork, distinctive dress and hunting skills. 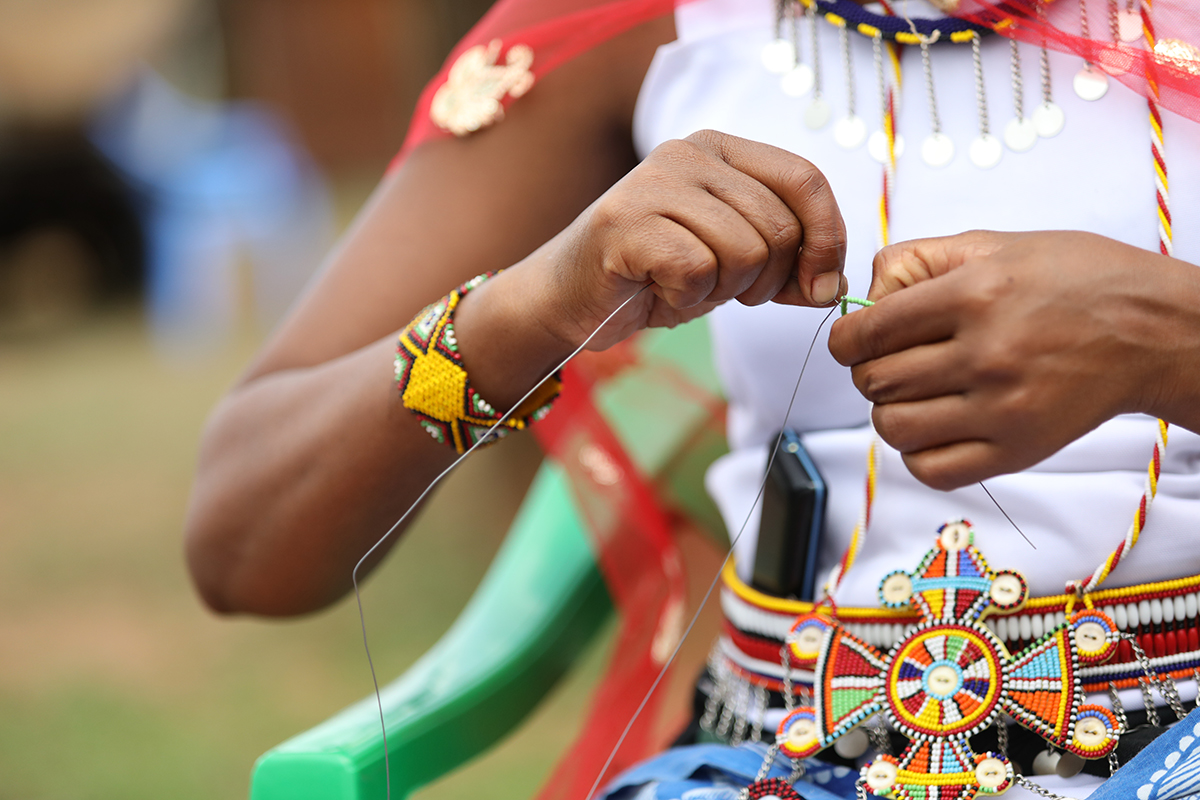 Traditionally Maasai men, including Helen’s husband, William, are herdsmen. As population growth and urban sprawl push the Maasai off their pastoral lands, young men have sought jobs in the city, often providing security in tourist areas. Women typically take care of the family, home and animals. Helen and others in her community also sell their beadwork to tourists at the
market in Nairobi.
After her 11-year-old daughter, Patricia, was sponsored, Helen joined the local Unbound mothers group and eventually took out a loan of 10,000 Kenyan shillings, about $97 in the U.S. She used the money to buy more beads for her business.
Since her daughter was sponsored by Frank and Mimi in Virginia, Helen has used sponsorship support to pay for school fees, uniforms and books. She also purchased bedding, a gas cooker so her family doesn’t have to breathe smoke from firewood, and a solar lamp so they don’t have to worry about running out of kerosene. 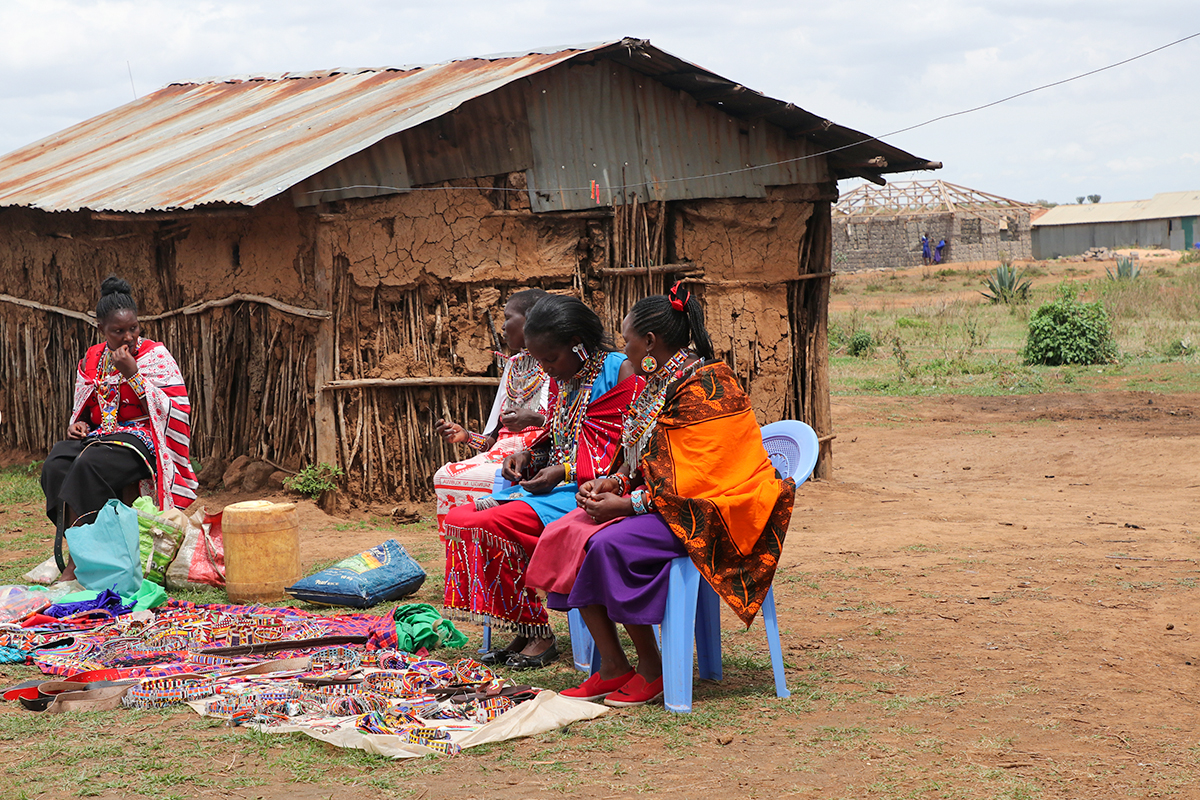 Maasai women work and sell jewelry and beadwork outside of a traditional home.

The family’s efforts, combined with sponsorship support, have led to “a big change,” Helen said. She especially appreciates that she’s able to create a budget and use the money in ways she deems
most beneficial.
Unbound social worker Mercy Njeri said mothers come up with their own development plans rather than the organization dictating solutions. “With decentralized decision-making, the mothers are able to do a lot,” she said.
Helen wants to share that good news with sponsors. “I would like sponsors to know that through their support families are able to pay school fees and meet their needs,” she said.

This article was originally published in the 2019 print edition of Living Unbound.