A lesson on learning to listen

For as long as I can remember, I’ve heard one organization or another talk about "giving a voice to the voiceless." That might make sense for the local animal shelter, but it’s never quite felt right when talking about other people. It felt dehumanizing.

When I joined Unbound’s staff in 2011, I found a refreshing change. The focus was on listening to the people we served — asking them what they thought the solutions should be. Co-founder Bob Hentzen realized early in his travels that he didn’t have the answers he thought he did. But the people he met, people who actually experienced poverty and marginalization, they had ideas. They had voices. It’s just that no one was listening.

Over our 40-year history, we’ve gotten to know the individuals and families we help. … We reflect that by becoming a platform for them to be heard.

So Bob set out to change that. He wasn’t a savior; he was a messenger. He was a conduit for the families. One of the first things I learned when I started in my role as a writer with Unbound was to listen and let the person speak for themselves. That means, among other things, using as many quotes from the person as possible. Give them an opportunity to tell their own story.

Unbound doesn’t claim to give a voice to the voiceless. Over our 40-year history, we’ve gotten to know the individuals and families we help. We reflect that in our program structure, with the families leading the way in how to best use their benefits. We reflect that in how we treat each person we write about with dignity and respect. We reflect that by becoming a platform for them to be heard.

We’re not giving them a voice. We’re providing the loudspeaker. And we’re listening. 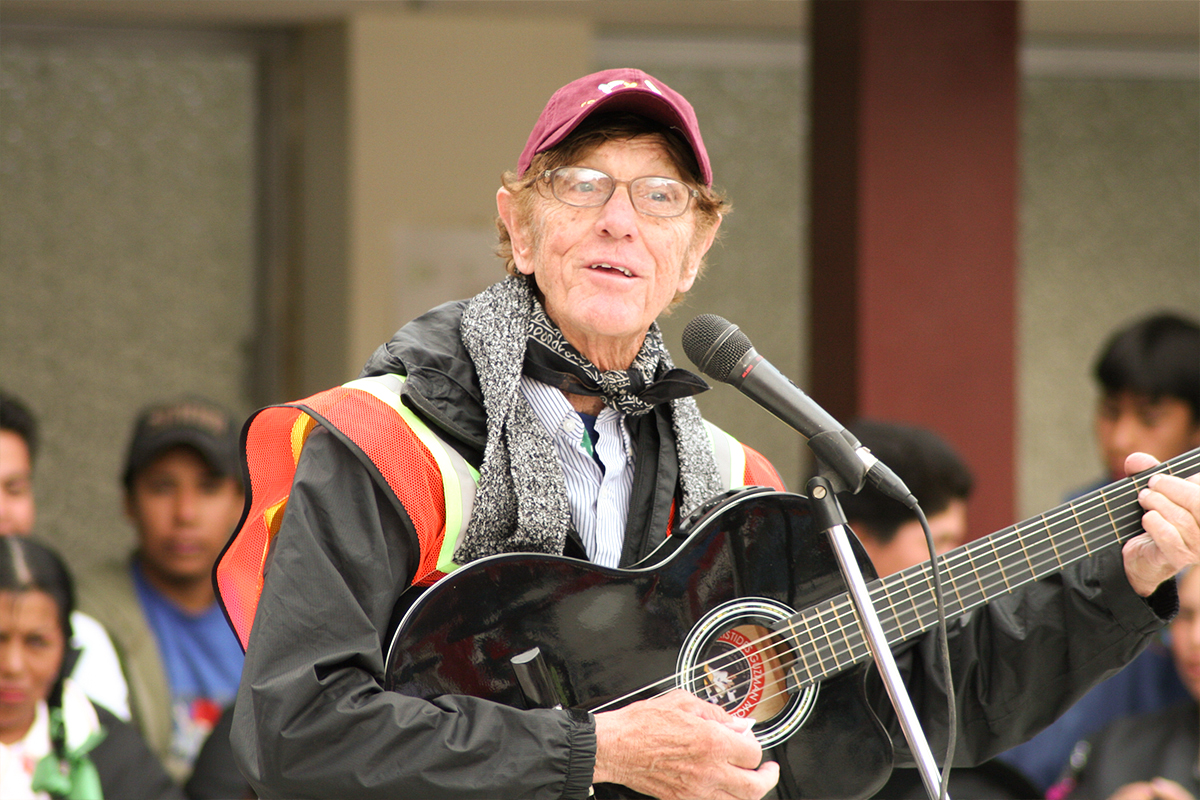 In his notes on writing “The Journey From Power to Love,” Unbound Co-founder Bob Hentzen said the song “expresses my personal transformation as a young missionary.” His lyrics recall how the teacher who thought he had the answers became the student.

Bob Hentzen · The Journey From Power To Love

Jordan Kimbrell is a former writer/editor with Unbound. She continues to be inspired by the hope and creativity demonstrated by sponsored individuals and their families.