Choosing Their Own Path

A lesson on trusting in the decisions of sponsored friends

Unbound sponsors want the best for those they help, but sometimes that means letting go of their own dreams for their sponsored friend and trusting in the path their friend chooses. Knowing that helped sponsor Tayler Zeszut when she had to say goodbye to 15-year-old Tomasa from Guatemala.

Tayler, who lives in Ohio, became an Unbound sponsor in 2013. She went online and chose Tomasa, who was 7 at the time.

“We were able to [write] a lot of letters back and forth,” Tayler said. “She would tell me about her family home and her siblings and all their animals and would give me updates on school. … She was just always very sweet and prayerful, and it was really neat to learn more about her life and have that little bit of personal touch.”

Tayler got to know her sponsored friend even better when she participated in an Unbound Awareness Trip to Guatemala in July 2019. She met Tomasa, then 13, at the Unbound program headquarters in San Lucas Toliman.

“It was just really great to meet her and her parents,” Tayler said. “We had time to play games together and laugh. … It makes the experience more real when you can see the person face to face and get to know who they are a little better and get a better idea of what their life is like.” 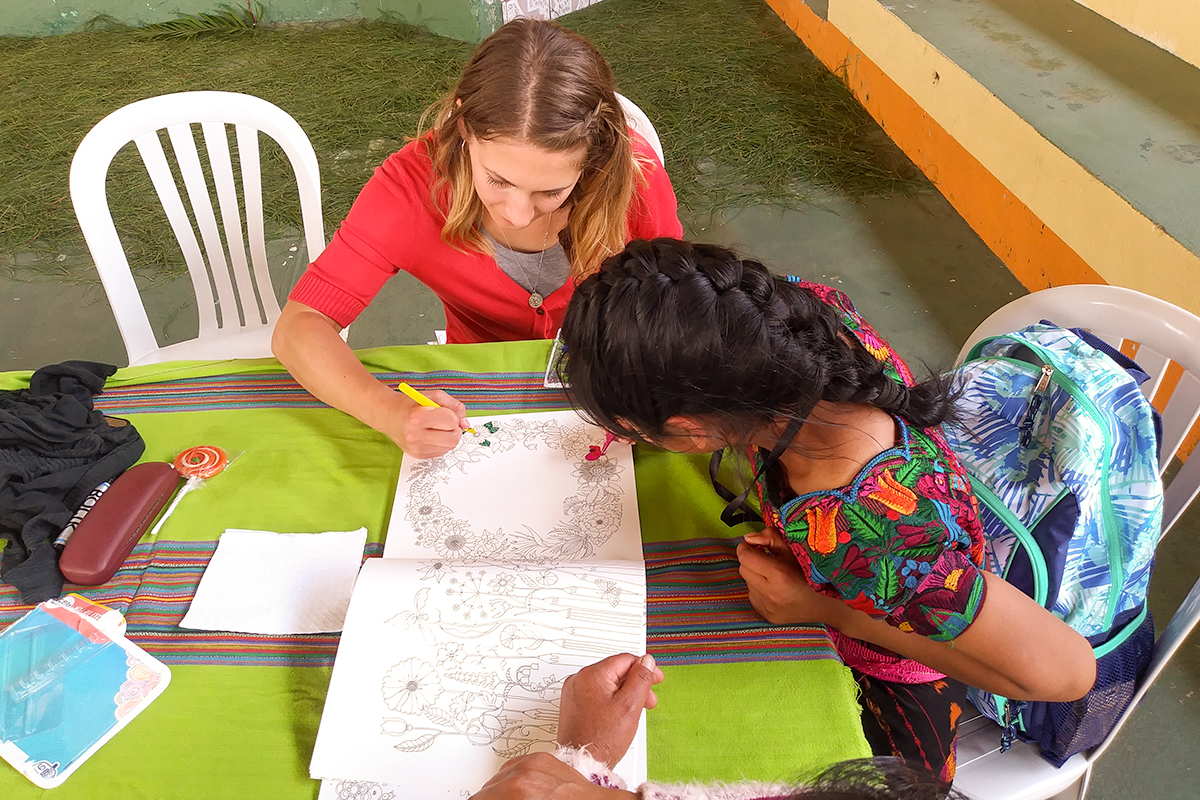 During a 2019 awareness trip to Guatemala, sponsor Tayler Zeszut, left, spends some relaxed time doing a coloring activity with her sponsored friend Tomasa at the Unbound program center in San Lucas Toliman.


As wonderful as their time together was, having met Tomasa didn’t make it easier when, earlier this year, Tayler learned that her friend was withdrawing from school and the Unbound program. She was leaving in order to help her family with their sewing business. In her farewell letter to Tayler, Tomasa explained how her change of plan came about.

“During the pandemic, my father taught me everything he knows about sewing,” she said. “Now I can make sweaters, pants and T-shirts. Then my father sells them in the marketplace. Thank God, we are doing well!”

Tayler, who works as a speech language pathologist at a school for the deaf, knows there’s more than one path to learning. She understands that while her friend leaving school was unexpected, learning the family trade is, in fact, preparing Tomasa to earn a living, which is an objective of the Unbound program.

Tomasa’s farewell letter made it clear that even though her plans had shifted, her industrious spirit hadn’t dimmed.

“I changed my educational plans for a project of investment in a clothing-making entrepreneurship,” she said. “I want to fight for my dream and continue learning to become a successful entrepreneur and make high-prestige clothing.”

Tomasa’s story provides an example of Unbound’s belief that the best path out of poverty is a self-directed one. The Unbound program, honed over decades of listening to the expressed needs of families in local communities, is built on the conviction that they know their own needs better than anyone else. 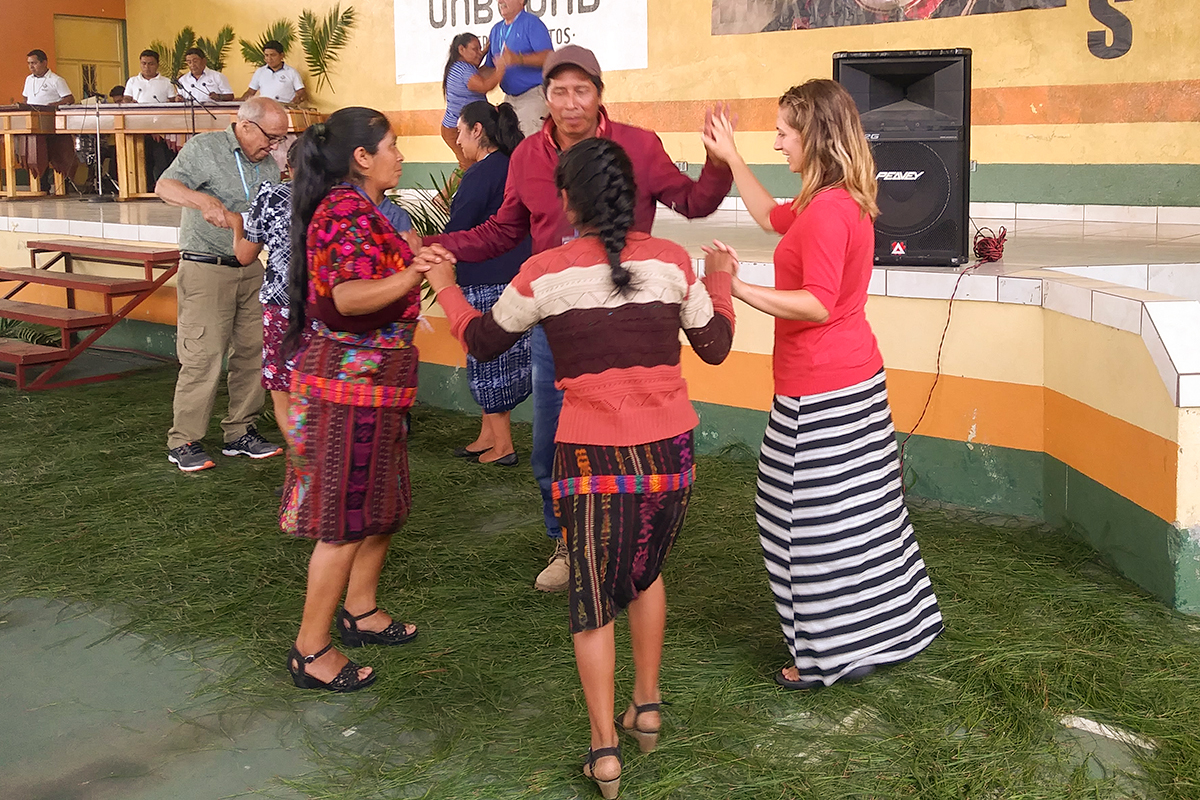 Tayler, far right, dances with Tomasa and her parents, Ana and Mateo, at the Unbound program center in San Lucas Toliman, Guatemala. Folk dances are often part of the celebration when sponsors meet their sponsored friends.


Tayler said spending time with Tomasa and her parents gave her perspective on their choice.

“Having the chance to meet them and get to know the culture better helped me to see what the expectations are that are on Tomasa in her community and amongst her family, and what the needs are,” she said.

Earlier, Tayler had donated extra funds to help with Tomasa’s education. When she found out Tomasa was leaving school, she supported the family’s request to use the remainder of those funds to buy sewing machines for their business.

“I just want her to do well and to be OK,” Tayler said. “So if I can give her a little leg up in what she chooses to do, hopefully that can help a little bit.”

Not long after saying goodbye to Tomasa, Tayler chose two other children to sponsor. She’s now friends with Corazon, a 16-year-old girl in Honduras, and Debora, who lives in Guatemala and is 9.

And, even though her former sponsored friend’s path has taken a different turn than the one Tayler had hoped for, she continues to pray for Tomasa and trust in God’s guidance for her.

“Maybe God’s will for Tomasa is for her to be closer to her family and maybe support them [by working in the family business]. Or maybe he’ll open a door for her down the road where she can pursue some education again. … I do kind of feel that it’s not my place to know what would be best for Tomasa, but I think there are a lot of really good opportunities out there.”