A lesson on what’s possible when we work together

As a writer and editor at Unbound for more than two decades, I had the honor of knowing and interviewing founders Bob Hentzen, Bernard “Bud” Hentzen and Nadine Hentzen Pearce. Founders Jim Hentzen and Jerry Tolle passed way before I joined the organization, but I heard numerous stories about them from colleagues who knew them well.
While I learned countless lessons from the personal interactions and stories, five stand out.

5 LESSONS FROM THE 5 FOUNDERS


1. Keep believing. Before starting Unbound, Bob Hentzen taught in Latin America as a Christian Brother and later in public schools in the U.S. He went through survival training at one point, and said he learned that people are capable of more than they think, physically and psychologically. He carried that message to families living in poverty, spending most of his time on the road listening to them, learning from them and sharing what he’d learned. He told them, “You are not alone” and “I believe in you.” 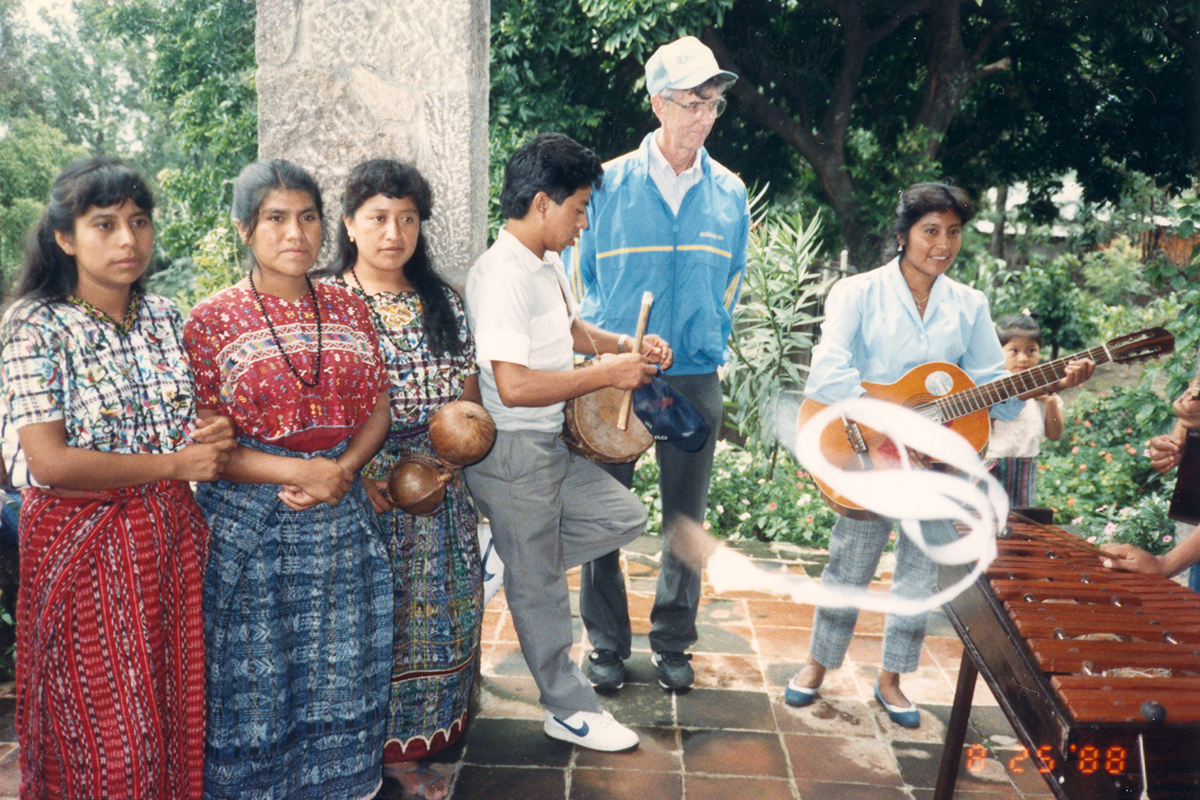 Bob Hentzen (second from right), listens to a musical presentation in a community in Guatemala. A musician and singer/songwriter, Bob encouraged others to use their musical talents to uplift people. (Photo from the Unbound archives)

2. Keep communicating. The owner of a successful construction business, Bud Hentzen knew the value of building relationships and communicating well. He was active in the Catholic community in his home state of Kansas, across the U.S. and around the world, and he told Unbound’s story every chance he got. He attended conferences of the Catholic Media Association for decades, connecting journalists and their readers and listeners with the poor and their stories of hope and resilience.   “I’m convinced that we hit on an idea, a thing we do in our positions as Catholic lay people,” Bud said of sponsorship as a personal way to address poverty. “We are convinced it is an integral part of Catholic social doctrine.” 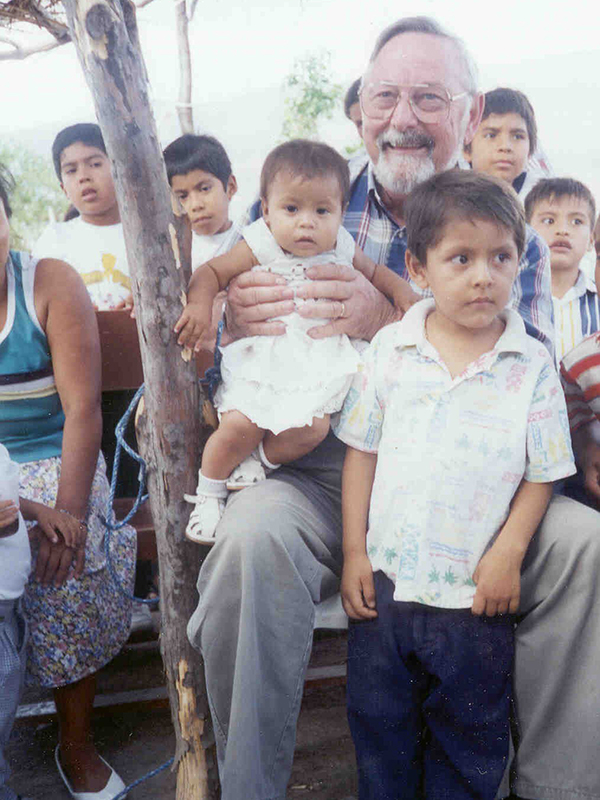 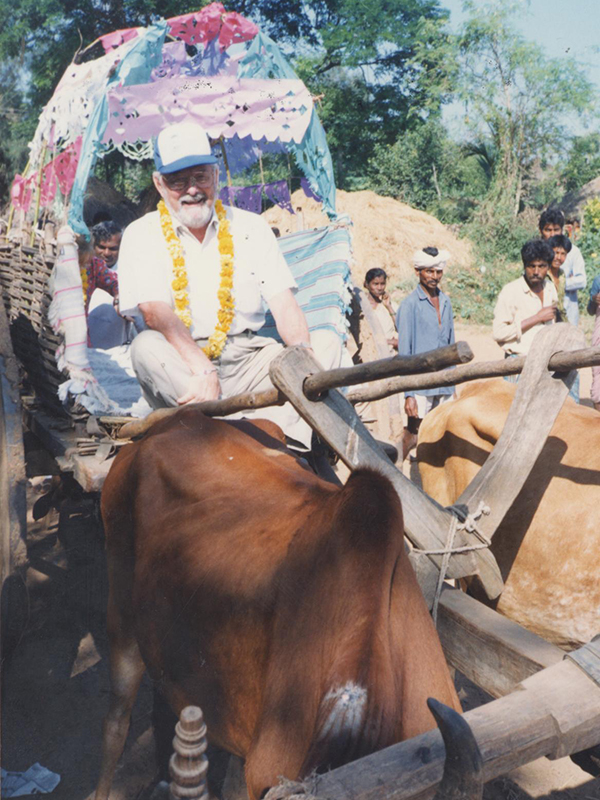 Photo 1: Bud Hentzen visits with children in Guatemala. Photo 2: Bud takes the local transportation on a community visit in India.Editor’s note: (Photos from the Unbound archives)

3. Keep working. Nadine Hentzen Pearce advocated relentlessly for children living in poverty. As a volunteer, she was known not for asking, “Would you like to sponsor a child?” but for asking, “How many children would you like to sponsor?” Nadine and the other Hentzen co-founders were close as siblings growing up in a large family. Their closeness led to mutual support for the idea of Unbound and helped lay the foundation for its success, Nadine said.  “I think it kind of proved that if you work together, the goal you have set can be completed,” she said. 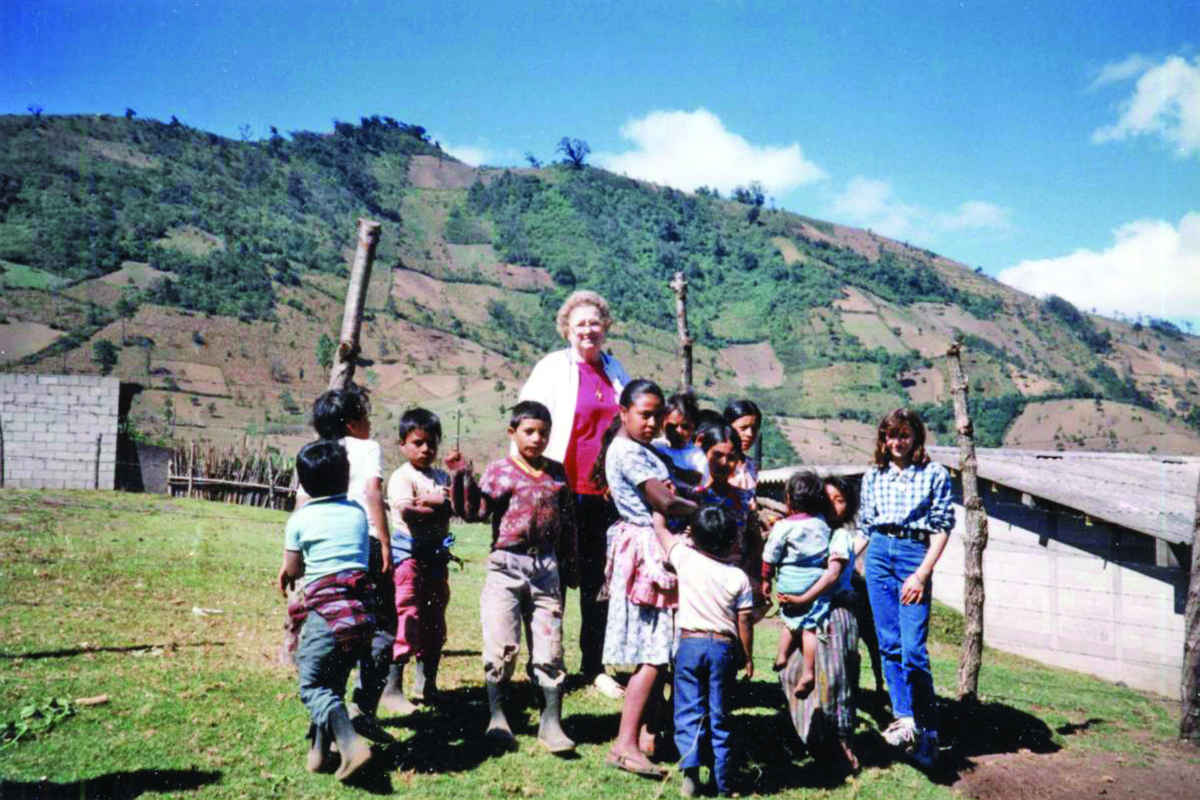 Nadine Hentzen Pearce (center) enjoys some time with children on a visit to Latin America. She advocated for children and families as a volunteer for Unbound. (Photo from the Unbound archives)

4. Keep thinking. An attorney, Jim Hentzen was known for his passion for serving those living in poverty. He read and talked extensively about ideas to fight poverty, and he looked for new ways to connect people of goodwill in the U.S. with struggling families around the world. He wrote his ideas down on yellow notepads. One of them led to Unbound’s outreach of preaching in Catholic parishes, inviting the faithful into a relationship with a child, youth or elder through sponsorship.  “As one of Bob’s songs says, even as a child [Jim] dreamed of freeing God’s children from hunger, slavery and pain,” Nadine said. “I feel his dream is coming true. Jim taught us to think big, hold your head high in difficulty and trust in God.” 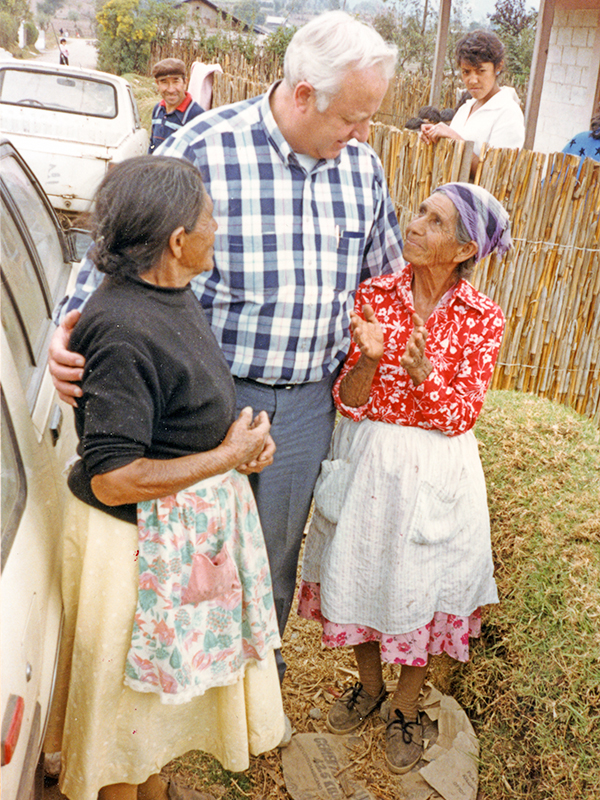 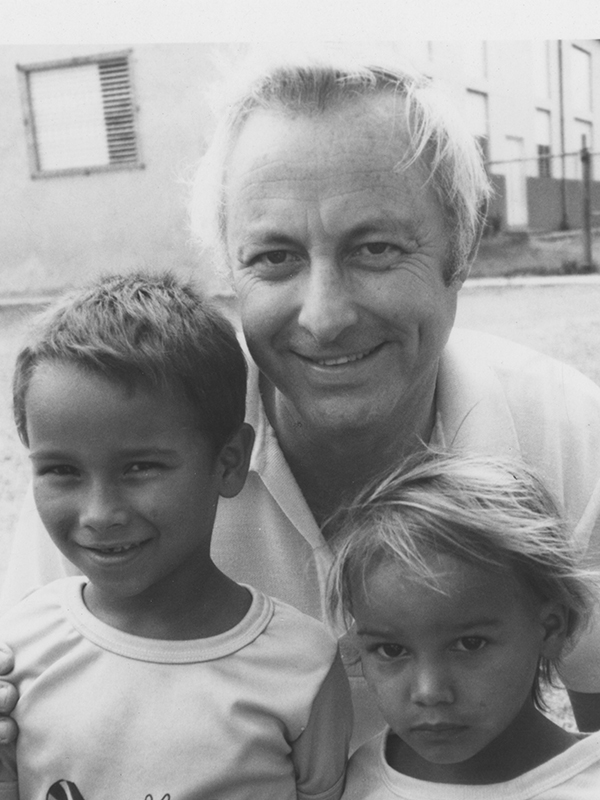 Photo 1: Jim Hentzen visits with two elderly women on a trip to Latin America. Photo 2: Jim pauses for a photo with two children during a community visit. (Photos from the Unbound archives)

5. Keep creating. Jerry Tolle was known as “the nuts and bolts” person at the Kansas City headquarters. He handled many organizational details and oversaw relationships with international partners. Gifted with an extraordinary memory, he knew names and dates of most of Unbound’s history. While taking satisfaction in the organization’s growth, he never lost the personal touch. He took time to answer questions or acknowledge someone for a job well done.

From his days as a Jesuit missionary priest in Belize and Honduras, Jerry had a special place in his heart for families struggling in poverty. He saw everyone associated with Unbound — from sponsored individuals and their families, to sponsors, donors, staff and volunteers — as continuing to co-create the organization.

“All are contributing to the co-creation of [Unbound], an experience of sharing, of getting to know and love and serve the Lord’s little ones,” he said. 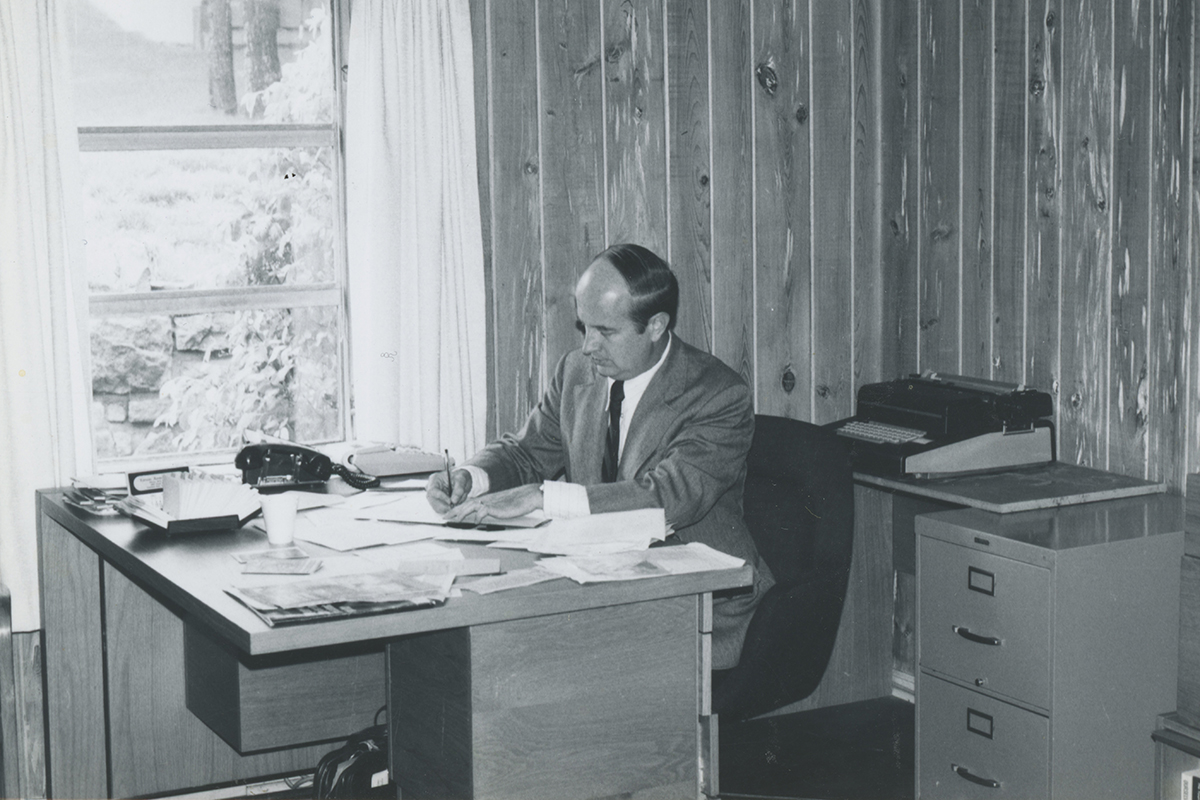 Jerry Tolle works in his office in a Kansas City farmhouse that once served as Unbound’s global headquarters. Jerry was known for his sharp mind, attention to detail and encouragement of others. (Photo from the Unbound archives)

While the founders have all passed away now, their legacy inspires our community to combine our talents and work together as we carry out Unbound’s mission to “walk with the poor and marginalized of the world.”

All are contributing to the co-creation of [Unbound], an experience of sharing, of getting to know and love and serve the Lord’s little ones.

Loretta Shea Kline works as managing editor at Unbound. She’s passionate about providing marginalized people opportunities to tell their stories. She’s been a sponsor since joining the organization in 2000.