No One Is Anonymous

None of us wants to be anonymous. We want to be acknowledged for what we bring to the world that’s unique and creative. We want to be appreciated for the difference we make in the lives of those around us. We want others to know we matter.

For those who live in poverty, that natural desire to be recognized can seem unattainable. The poor have neither power nor influence, so there’s no apparent consequence for ignoring them. When people think of the poor — if they think of them at all — it’s generally as a sad, faceless mass of humanity with nothing to offer but need.

A world of stories


I write for Unbound. It’s my job to help people come to know the true face — or, more accurately, faces — of the poor who belong to our community. Each has their own unique story and I’ve had the privilege of sharing many of them.

There’s the story of Damian, a sponsored boy in the Dominican Republic whose talent and tenacity won him a place in the organization of a Major League Baseball team.

There’s also the story of Giselle, a little girl in Rwanda who, because of her Unbound sponsorship, has the chance to pursue her dream of becoming a mathematics teacher.

And there’s the story of Bernard, an elderly blind man in Kenya who spends his days weaving beautiful baskets and sharing wisdom and tales with visitors.

These stories, diverse as they are, have one thing in common. They each, in their own way, teach us that while people live in poverty, poverty alone does not define them. The only difference between them and people with means is that they have fewer choices.

The price of ignoring


I said earlier that people might think there are no consequences for ignoring the poor. It’s not true, especially for people of faith. Pope Francis has dedicated much of his papacy to teaching that the path to Christ leads to the poor and marginalized. As Matthew 25 teaches, to ignore the poor is to ignore Jesus.

And there’s another consequence. The most wasted natural resource in the world is human potential, and the greatest minds of the coming generation may be among the more than half of the children of the world who are denied the opportunity for a formal education. That next great scientist, artist or world leader may never be discovered, to the detriment of us all.

Years ago, when I was a youth minister, I would tell the kids in my parish that each of them is a holy book being written by the hand of God. “Do not cheat the world of the sacred story that is you,” I would say.

The poor and marginalized are also holy books. They are part of God’s message to the world. If we don’t listen to their stories, we not only cheat them, but ourselves.

These stories, diverse as they are, have one thing in common. They each, in their own way, teach us that while people live in poverty, poverty alone does not define them. The only difference between them and people with means is that they have fewer choices. 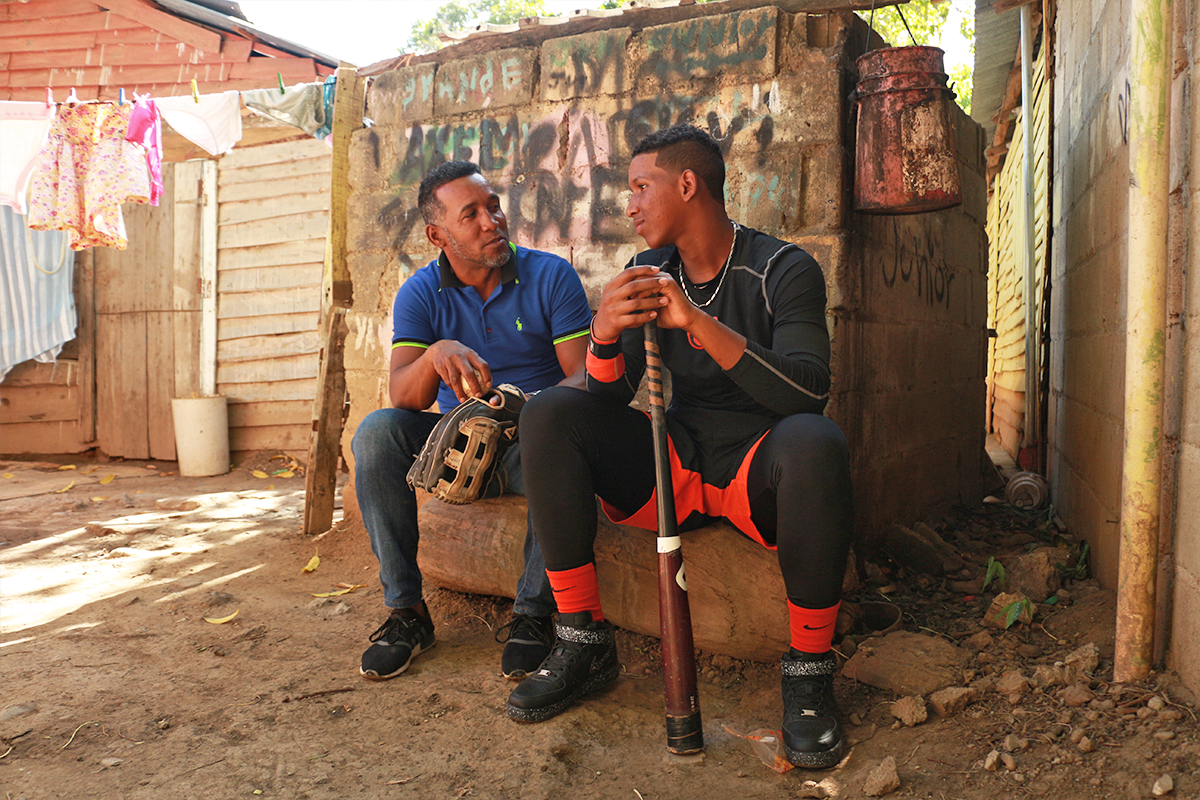 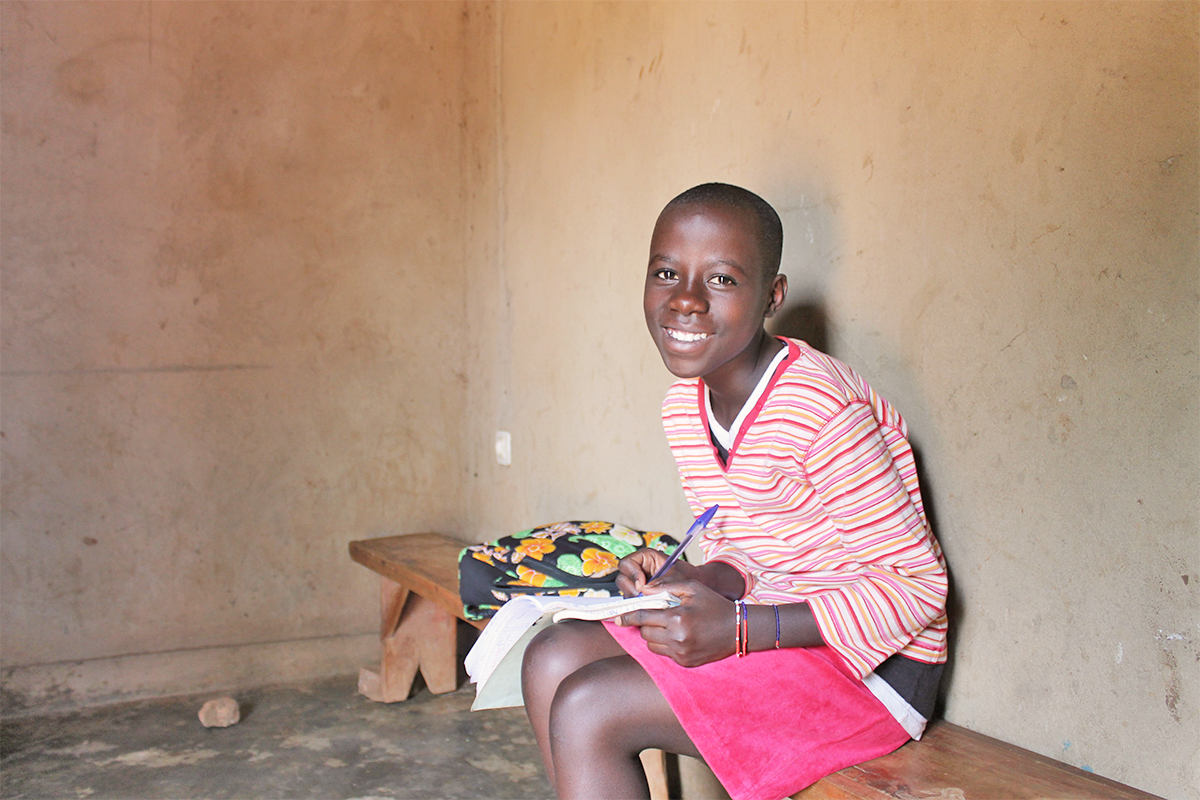 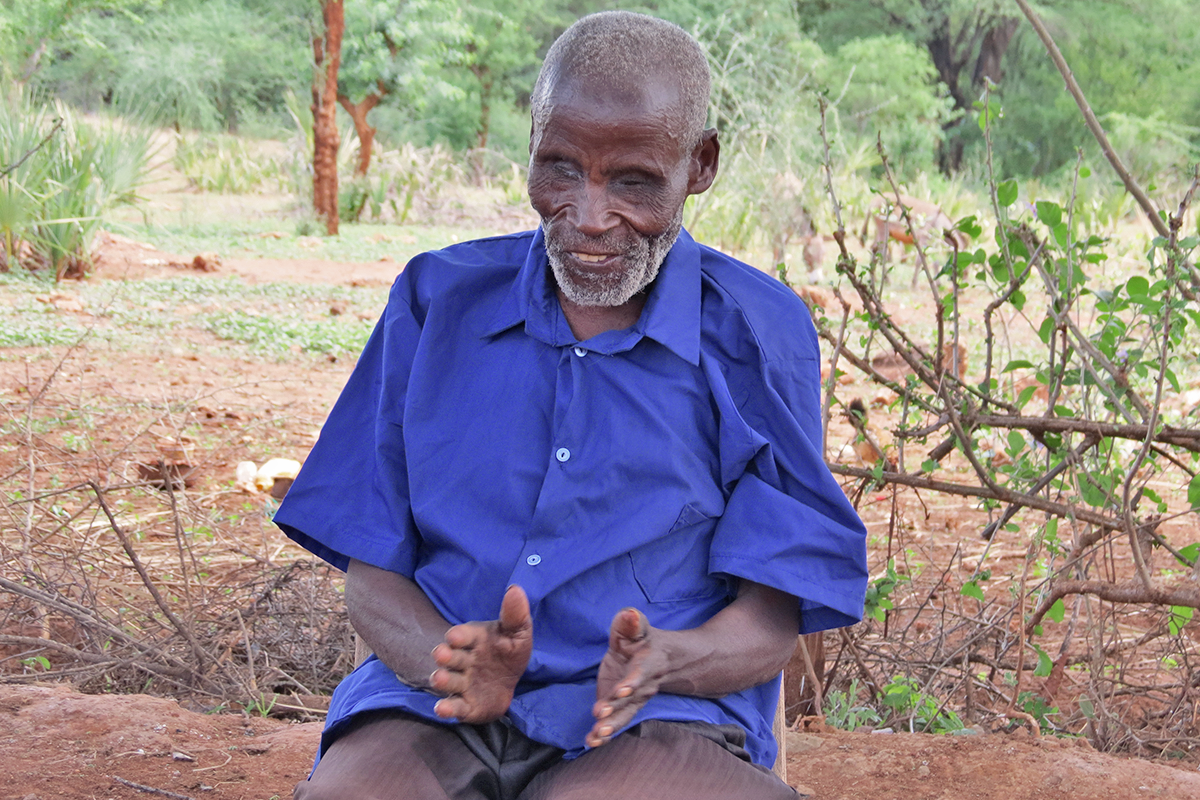 Photo 1: In a photo from the Unbound archives, former sponsored youth Damian, right, talks baseball with his father, Santos, outside their home in the Dominican Republic. Damian’s hard work and devotion to the game won him acceptance into the Baltimore Orioles’ Dominican baseball academy.

Photo 2: Giselle, now 12, was one of the first sponsored children in Unbound’s newest program country, Rwanda. This photo from last year shows her studying in her home. A diligent student, Giselle loves math and hopes to become a math teacher when she grows up.

Photo 3: Bernard, a sponsored elder in Kenya, has been blind since childhood. He weaves and sells baskets to supplement his income. A gifted storyteller, Bernard was featured along with other Unbound elders in Pope Francis’ 2018 book, Sharing the Wisdom of Time. (Photo from Unbound archives.)