A lesson on developing young leaders

Vince Lombardi, the famous football coach is credited with saying, “Leaders are made, they are not born. They are made by hard effort, which is the price all of us must pay to achieve any goal that is worthwhile.”

I’ve always been interested in what makes a good leader and how particular situations require different forms of leadership. There seems to be an endless supply of books and seminars on the topic, yet there’s a disappointing void of effective leaders in our world today.

People in positions of institutional power often leave us wanting for more integrity, humility, inspiration and collaboration. Perhaps something important was missing, or even corrupted, in their formation as leaders.


At Unbound, we have witnessed the making of a different type of leader. The small Unbound communities across the globe are an ecosytem of leadership development. The conditions within the network of families and small groups are ideal for true leadership to be nurtured and grown.

Hardships come and go, but the obstacles help form a special kind of resilience, compassion and humility within the Unbound leader. These leaders are driven by their focus on serving others and making a meaningful contribution to their community.

This Unbound leader won’t be found in a corner office behind a big desk. They don’t have image consultants or large followings on social media. Nor do they have entitlements or life-long pensions. They’re in the middle of the hard work of organizing small groups and solving problems.

They learn how to listen, communicate and align others to improve a situation. They understand that if something must change, they must reflect first and then take action. Each opportunity to lead nurtures a leadership style that’s unique to them. They become the visionary or the troubleshooter the community needs. They learn the importance of balancing compassion with accountability.

Leaders of all shapes and sizes are developed in this Unbound ecosystem. It is the early formation of leaders that offers me hope. Teens and scholars are rising up to serve their communities. They bring energy and fresh ideas. They not only serve as role models, teachers and coaches for the sponsored children in the program, these young leaders are solving problems in their neighborhoods.


While in Cartagena, Colombia, I met several young leaders who organized small groups to address a growing trash problem. They took action and used teamwork to establish a practical, local recycling program.

In a remote community near Santa Barbara, Honduras, I heard from a young woman who received special training to run their new water plant. Her knowledge of the operation was impressive, but I really admired the sense of duty she brought to her role. She embraced her responsibility of maintaining this equipment so the brown water could be made safe for her community.

While I was near Mazatenango, Guatemala, I was captivated by the passionate message of a young leader who spoke of her experience as a scholar of Unbound. She exuded confidence and poise as she stood in front of a large crowd of others who were three and four times her age.

Lastly, in Antioquia, Colombia, I met a young man who grew up as a sponsored child and Unbound scholarship student. He emerged as a promising leader and the local program director mentored him. He recently graduated from law school and continues to gratefully serve the Unbound community with his leadership skills.

These are the leaders that are being developed in Unbound communities across the globe. They’re the kind of leaders I want to follow. I want to learn from them and work alongside them. Their titles and credentials don’t matter. It’s their God-given talent and well-formed character that enables their success. The difficult conditions around them open them to a call to serve others. Their growth and development are worthy of our investment.

If we intentionally listen and observe, we’ll learn a lot more from these young people than any best-selling book on leadership. 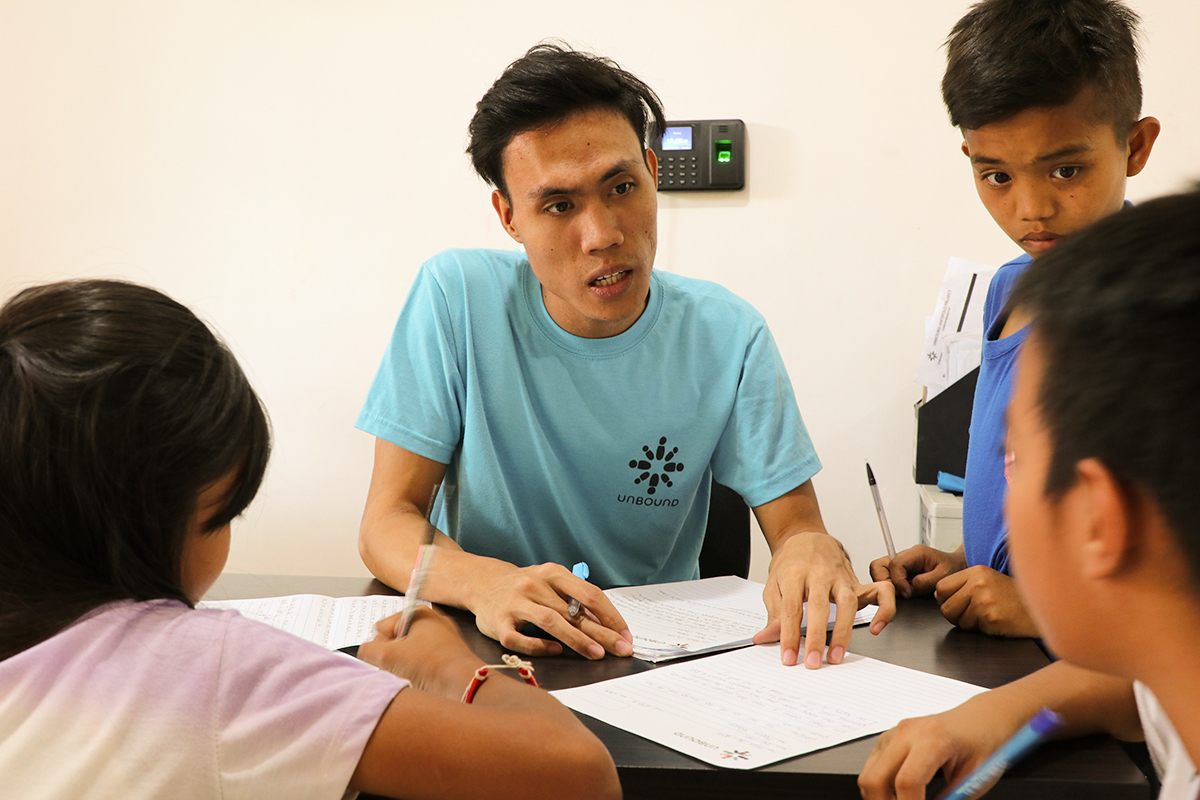 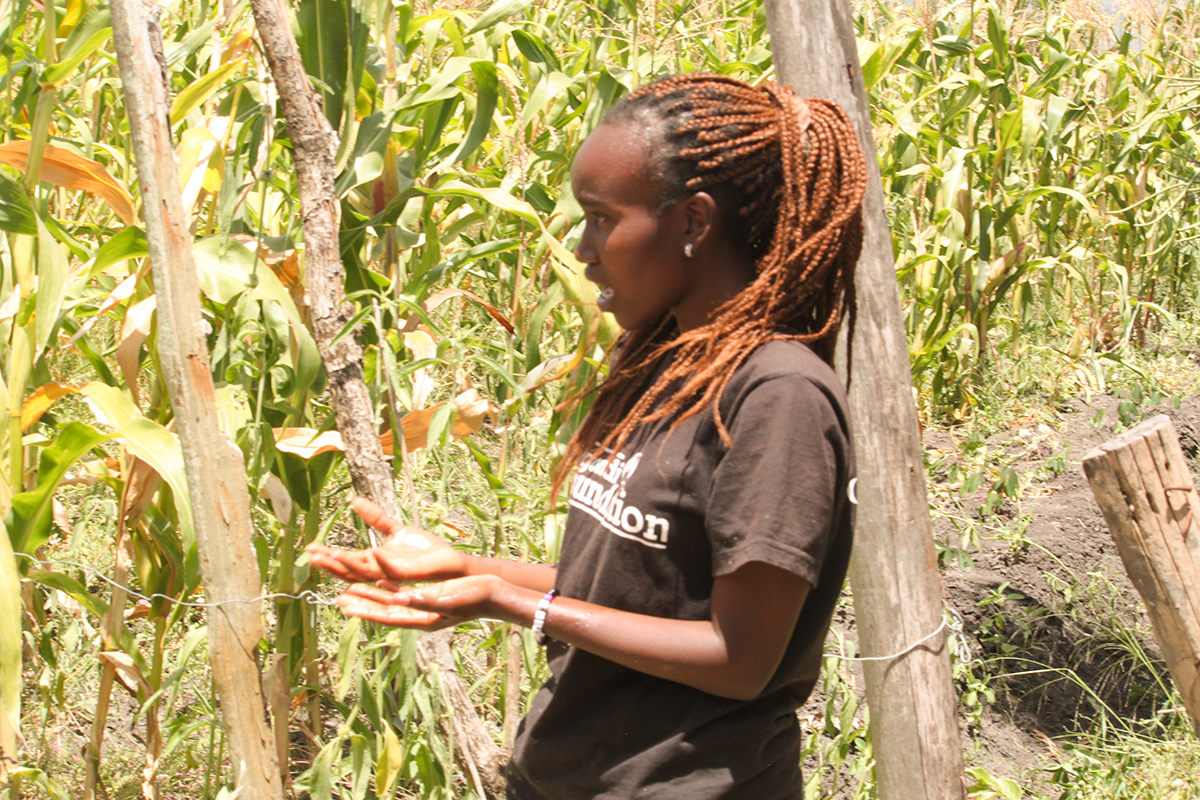 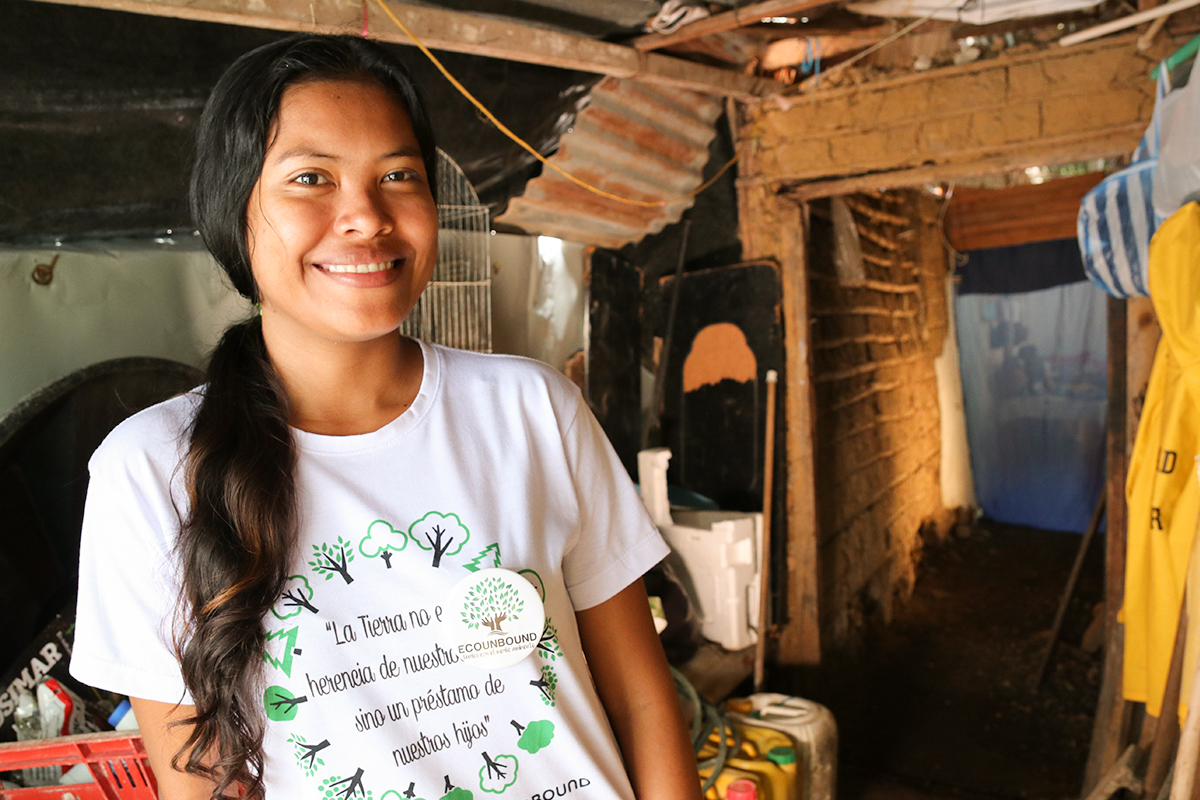 Photo 1: Jordan, center, is an Unbound scholarship student from the Philippines. He serves his local community by tutoring younger children. Here he helps (from left) Jachelle, Archie and John write letters to their sponsors in the U.S.

Photo 2: Faith lives in Kenya. Sponsored through Unbound, she’s a university student learning about new techniques in agricultural irrigation. The efforts of dedicated young people like Faith are vital as Kenya continues to suffer from an extended drought.

Photo 3: Maria Angelica, a sponsored university student from Colombia, is one of the leaders of EcoUnbound, a community conservation program. Her T-shirt features the proverb, “We do not inherit the Earth from our ancestors, we borrow it from our children.”

Teens and scholars are rising up to serve their communities. They bring energy and fresh ideas. They not only serve as role models, teachers and coaches for the sponsored children in the program, these young leaders are solving problems in their neighborhoods.

Steve McClain joined Unbound in 2018. He serves as director of growth and revenue development. Steve is passionate about expanding Unbound’s community of sponsors and keeping the organization strong and sustainable in order to help more children, youth and elders in need.