A lesson on what we take for granted

A few years ago, I heard a story on the radio that mentioned the wages in Guatemala. Want to guess the average daily pay they cited for a full day of manual labor, whether farming a field of corn (that the laborer doesn’t own) or working construction (on a house he could never afford to live in)?

The reporter went on to explain that on that income, it’s possible for a family to eat meat “maybe once a week.” That they can’t send their children to school or buy a vehicle. “Much less build a dream house...”

When I heard “dream house,” I pictured a mansion. Five-car garage. New appliances. Vaulted ceilings and a pool and rooms for entertaining.

Then the reporter finished his sentence. “Much less build a dream house with cement blocks and indoor plumbing.”

I felt like I had been punched in the stomach. I thought about it a lot. Told my husband and coworkers about it. Posted about it on social media. It was a wake-up call that my standards of wealth and prosperity were severely out of step with so much of the world.

It shouldn’t have surprised me as much as it did. We’ve been Unbound sponsors for eight years. Our sponsored friends have lived in Guatemala as well as Colombia and Honduras, and they live in poverty. But something about hearing a cement building with indoor plumbing described as a “dream house” made it even more real. 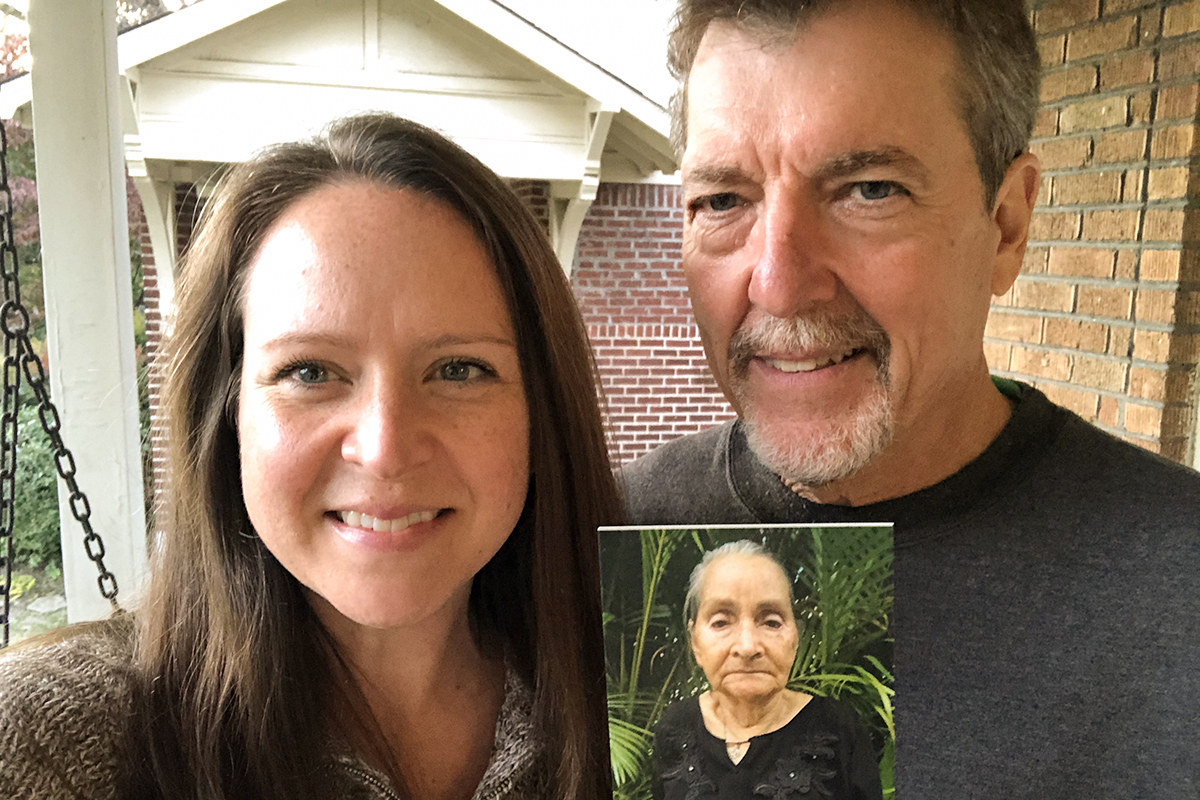 We first learned of Unbound through our church. Even though there were plenty of tables with photos of children, for some reason, we felt compelled to choose an elderly friend. We’ve kept doing that each time we’ve started a new sponsorship. We usually get letters from our sponsored friends’ grandchildren or relatives. That’s because the younger generations know how to read and write while our friends never got the opportunity to learn.

Our relationships with these precious elders have taught me lasting lessons about what I take for granted. Clean, running water. Electricity. Knowing where my next meal is coming from. Reliable healthcare. But they’ve also opened my eyes to the value I misplace on things that are insignificant from an eternal perspective.

Receiving their letters always warms my heart. Reading about their daily lives humbles my spirit. Because they don’t talk about what vacations they’re planning or what they’ve bought recently or how they’ve been promoted at work. They write about gardening. Enjoying the outdoors. Lying in a hammock. Spending time with family. Praying. Going to church.

One thing they never forget to tell us is that they’re praying for us, that the Lord will bless us. It always amazes me that they, who have so little, would pray that we would be further blessed. But that’s exactly what the Lord has done through our relationships with these cherished friends.

Our relationships with these precious elders have taught me lasting lessons about what I take for granted. Clean, running water. Electricity. Knowing where my next meal is coming from. Reliable health care. But they’ve also opened my eyes to the value I misplace on things that are insignificant from an eternal perspective.

Alissa Heirigs is a professional copywriter living in Memphis. She and her husband, Jim, have been Unbound sponsors since 2013. Their current sponsored friend is Jesus, an elder in Guatemala. Alissa has a passion for the work of Unbound and has volunteered at several Unbound events in her area.