Walking To Give Hope

A lesson on moving forward in challenging times

Jake Hentzen had been working from home for more than a year and wanted to get out of the house. He also wanted to communicate hope to people amid a pandemic. So, on Sept. 1, he went for a walk — across the state of Kansas.

His 449-mile trek wasn’t a whim, however. Jake, an accountant for Unbound in Kansas City, had been preparing for months.

“The idea came to me when the pandemic unfolded and everybody was sent home,” Jake said. “There were a lot of unknowns, a lot of fear. And [walking] was a way for me to get out of the house and just decompress, not go crazy. I started with just a few strolls around the neighborhood, and I kept enjoying it so much that I’d go further and further each way.”

Walking is in Jake’s blood. He’s the son of Unbound co-founder Bob Hentzen, who himself went on two celebrated walks. The first, from Kansas to Guatemala, was 4,000 miles long and the second, from Guatemala to Chile, was twice that distance. Bob, who passed away in 2013, undertook his walks to help call attention to the needs and capabilities of the world’s poor and marginalized people.

Jake’s walk was never intended to be on the same scale as his father’s two walks, both of which took extensive coordination and involved thousands of participants. And, while Jake shares his father’s passion for raising awareness of Unbound’s work around the world, he also wanted to offer encouragement as the pandemic continued into its second year.

“It was a dark time,” Jake said. “I wanted to use this as an opportunity and an instrument to kind of come out and say, ‘There is hope. There is a light at the end of the tunnel.’”

a child of unbound


Unbound has been part of Jake’s life since he was born. He was a small boy in 1996 when his family moved to Guatemala at the end of his dad’s first walk, and he remembers those years with fondness.

“It was just fun as a child because it was a new environment, new friends. I had the blessing of being bilingual from a young age, so it wasn’t an adjustment. … The actual time that I spent living there full time was very special for me. I made a lot of new friends and learned a lot.”

He was especially moved by what he observed about the difference Unbound was making in peoples’ lives.

“Just being a part of this organization and seeing the impact that my parents had on the families … and seeing the reactions of the sponsors when they would go down and visit their sponsored friends was really special for me.”

Jake never forgot those early experiences. Though he worked in the banking industry for a time after college, his heart was still with Unbound. In 2018, he came to work at the organization’s Kansas City headquarters.

This month, as Unbound prepares to celebrate its 40th anniversary, Jake is committed to advancing the organization’s mission of helping people create their own paths out of systemic poverty.

“It’s an incredible thing that we have going on, and it’s really hard for me to not share that with the world,” Jake said. 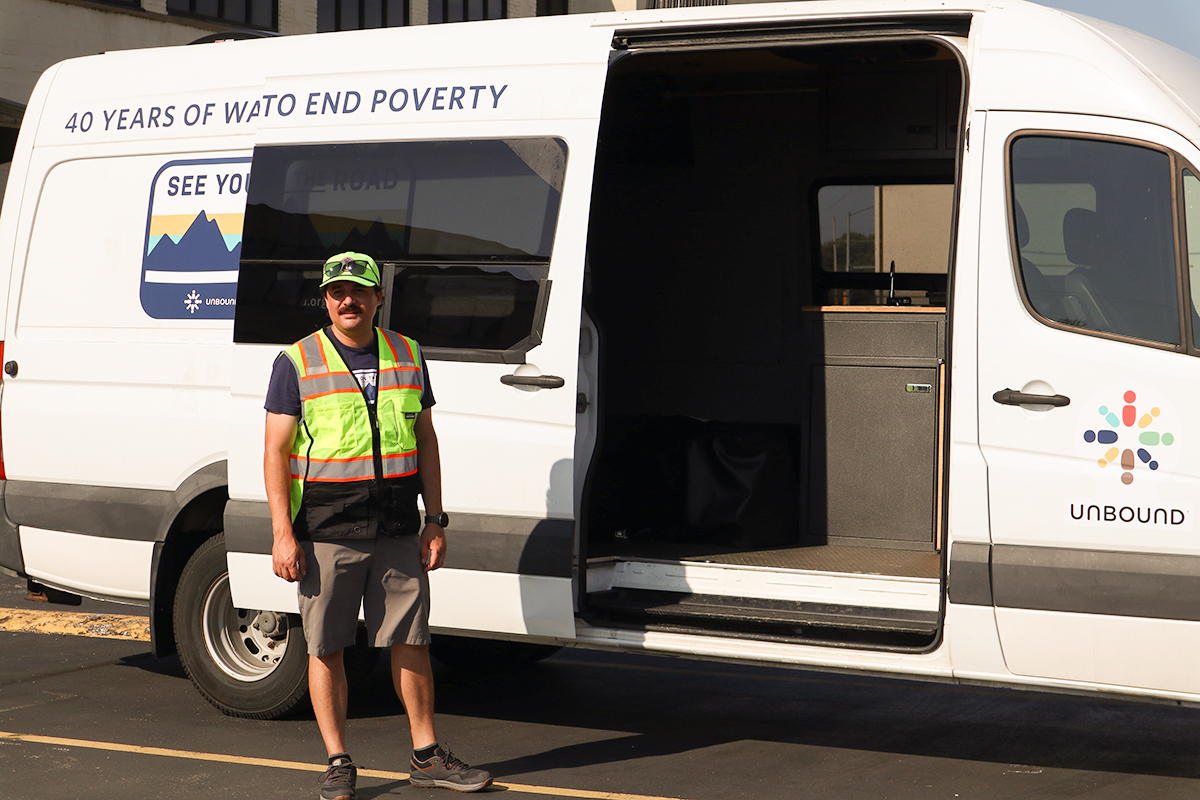 Before setting out on his walk, Jake stands in front of the van that would serve as his support vehicle. The words on the side of the van read, "40 years of walking with families to end poverty: See you on the road.”


In late August, with his fiancée, Catherine Sanchez, and his dog, Norman, Jake drove to the western end of Kansas. The plan was to walk east, mostly along state and U.S. highways, until he arrived back in Kansas City.

Jake had a support vehicle (a 2010 light commercial van) for emergencies and supplies. Catherine did the driving, sometimes driving ahead to set up camp at a prearranged location.

Friends and family members joined Jake for stretches of the walk. That included his mother, Cristina Hentzen, who had accompanied Bob on both of his walks. Jake also had unexpected visits with curious motorists and townspeople along the way and was gratified by their encouragement, including some cash donations.

“I didn’t anticipate folks to be so friendly and welcoming,” Jake said. “It’s been good and overwhelming.” 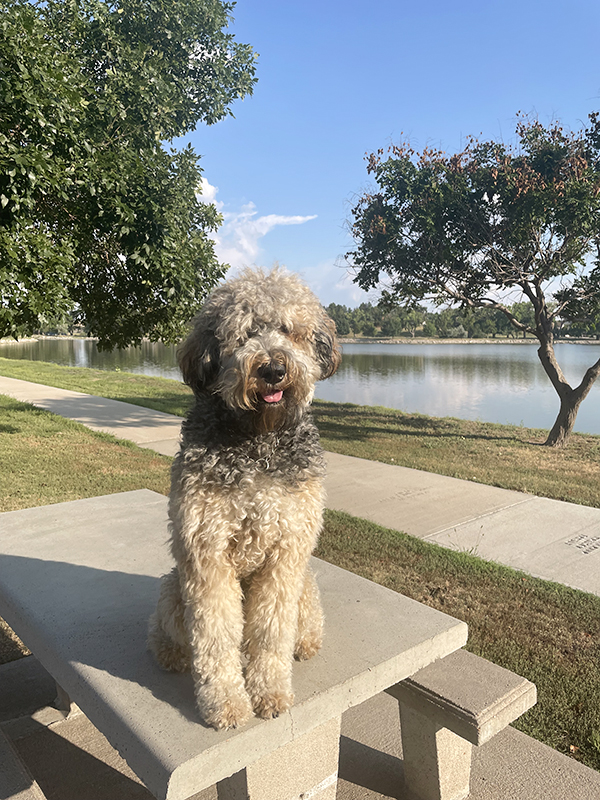 After spending several hours in the van while Jake did some accounting work, Norman is rewarded with some outdoors time in a city park in Atwood, Kan. He and Jake had just been playing fetch.

‘What gets me down the road’


A few weeks into the experience, after settling into something of a routine, Jake shared what he thought about as he walked.

“The first week or so, I was kind of consumed with the aches and pains I was feeling all over the place,” he said. “[But now] I often think of the families, the struggles that they go through [and] the purpose and motivation that my dad had with his walks. His motivation is my motivation. That’s what gets me down the road.”

Jake hopes that others will be inspired to find their own ways to walk with the poor and marginalized of the world. What they choose to do isn’t as important as what it represents — a desire to live in solidarity with others.

“I feel like it’s something that we all, as humans, as a society and as a world, can benefit from,” he said.

Jake arrived back in Kansas City on Oct. 14. Many of his Kansas City coworkers, family members and friends were there to welcome him. 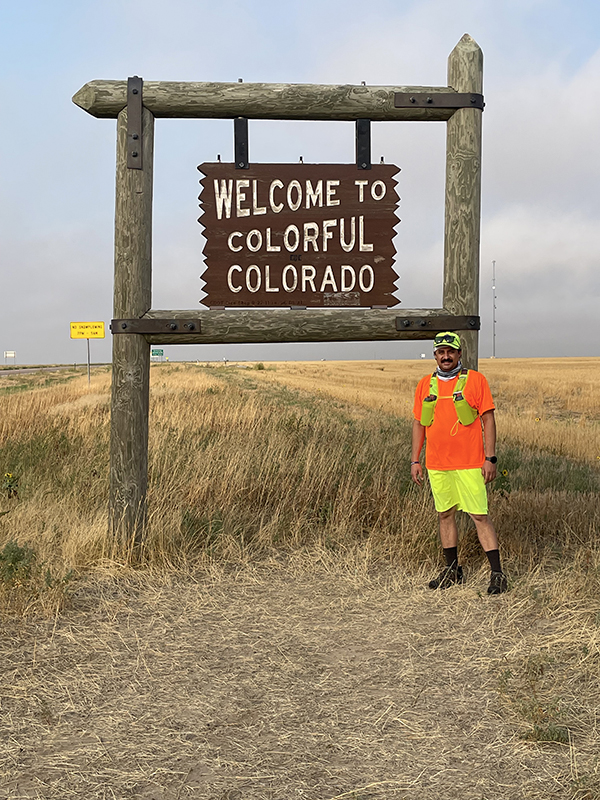 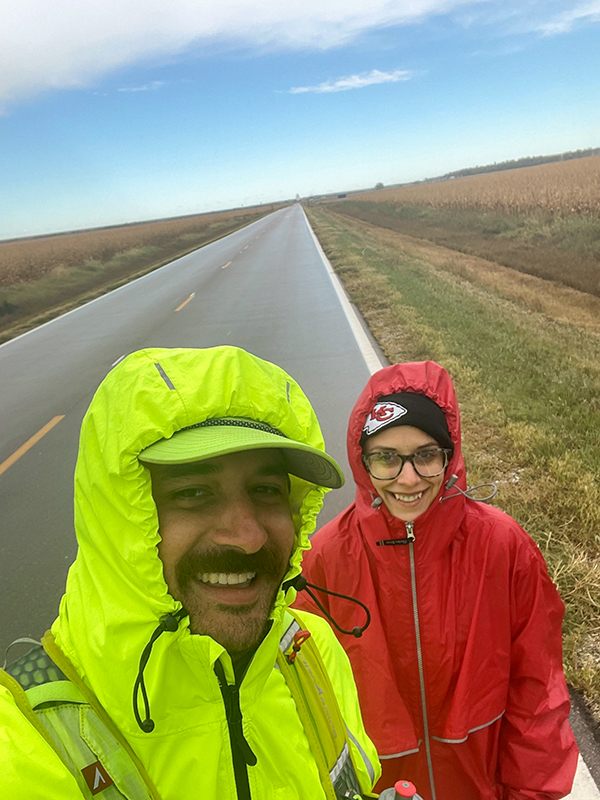 Photo 1: Jake’s walk began at the Colorado state line. This was the starting point for his trek eastward back to Kansas City.

Photo 2: On the road near Kirwin, Kan., Jake and Catherine bundle up in preparation for the storm that would follow them most of the day. Jake said that by the end of the day, it was sunny and beautiful.

It’s an incredible thing that we have going on, and it’s really hard for me to not share that with the world.