The Wisdom Of Elders


The importance of love, peace and working to make the world a better place are the overall nuggets of wisdom elders will impart to younger generations as part of a new Netflix original docuseries airing on Christmas Day.

The series, “Stories of a Generation with Pope Francis,” is based on the award-winning 2018 book “Sharing the Wisdom of Time” and encompasses a year of filming across the globe to tell the life stories of people over the age of 70. One of those stories is of now 77-year-old Unbound sponsored elder Danilo Mena Hernández of Costa Rica.

The book “Sharing the Wisdom of Time” was Pope Francis' call to younger generations to recognize elders as reservoirs of wisdom and historical memory. Unbound collaborated with Loyola Press on the book, gathering stories and photos from its sponsored elders around the world. Twenty-three sponsored elders and one staff member were originally featured in the 178-page book.

The Netflix series will feature 18 inspiring stories on elders across five continents who are from different backgrounds, social status, cultures and religions as told through the eyes of talented young filmmakers under the age of 30 and alongside commentary from Pope Francis. Unfortunately, with travel restrictions as a result of the COVID-19 pandemic in place at the time of the filming, only two of the original elders featured in the book will be featured in the docuseries: Danilo and film director Martin Scorsese.

Each episode of the four-part series will cover a universal theme: love, dreams, struggle and work. Danilo will appear in Episode 2: “Dreams,” alongside a New Zealand scientist and an 89-year-old Spanish skydiving grandmother, among others.


In his 2017 interview with Unbound, Danilo talked about his successes and failures throughout life, hitting upon the inherent courage and resiliency of those living in poverty. “We are still here fighting strong,” Danilo said about failures. “There are moments you fall and moments you get back up better than you were before. That is always in us, the poor. We always get through it.”

Danilo worked in agriculture his entire life, harvesting rice, beans and corn from the land. He and his partner, Hilda, were the parents of seven children, including two sons who were born blind. At the time of his interview, Danilo was mourning the recent death of his oldest son, Gerardo.

Despite hardships — lack of food, Hilda’s battle with Parkinson’s disease, Danilo’s chronic back pain, their sons’ disabilities, and the family he has lost — Danilo’s message is one of faith and joy. He rises grateful every morning, thanking God, ready to provide for his family and singing because “you have to be joyful so that you don’t live in sadness.” He implored younger generations to “live in peace” and make something of themselves.

Launching worldwide on Dec. 25, “Stories of a Generation with Pope Francis” will be available on Netflix in four languages — English, Spanish, French and Italian. Watch the official Netflix trailer ahead of the series debut, and tune in to watch Danilo’s inspiring story unfold. 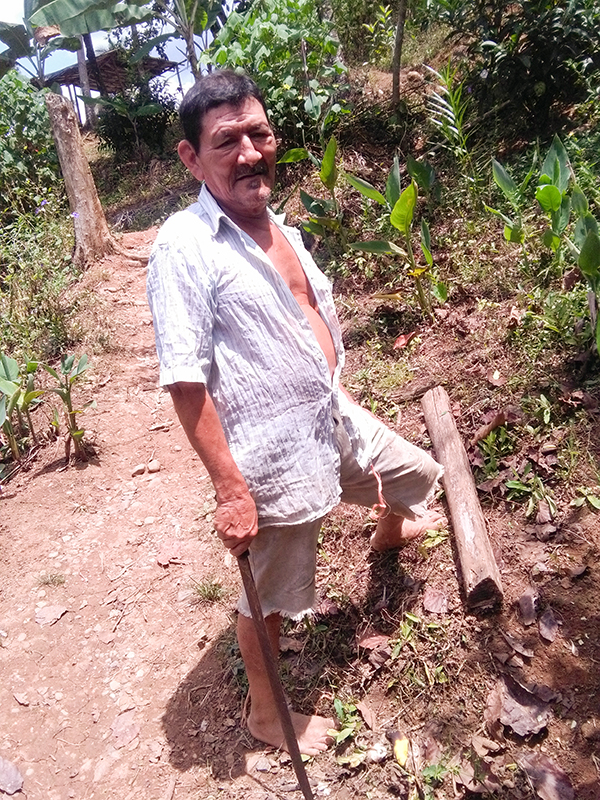 Danilo’s family moved to their current home in Costa Rica in 1972 after hearing that there were better opportunities there for working the land, and Danilo attributes his strong work ethic to his parents. Despite chronic back pain, he rises each day, commending himself to God, to complete household chores for his family with a joyful tune.

We are still here fighting strong. There are moments you fall and moments you get back up better than you were before. That is always in us, the poor. We always get through it.