Faith, family remain at the heart of elders’ 65-year adventure together.

A LOVE BUILT ON RESPECT


Their decades-long love story began in their youth in Colombia, when Libia was living in a convent where she was raised by nuns and Jesús was a truck driver making a delivery there.

It was love at first sight for Jesús. Libia, only 14 at the time, wasn't as sure, but she longed for the love of a family.

"Frankly, I was very tired of the convent," Libia said. "Imagine from [age] 6 to 14, and although there were many people, many boarders, the nuns, the priests, you feel the emptiness, that family emptiness, so I saw the opportunity and I jumped at it."

Libia doesn't remember her parents. Up to the age of 6, she was raised by her grandfather and aunt. She said she was born at a time of violent conflict, and her family was displaced after her grandfather's home and candy-making business were burned. Her aunt had no way to support three nieces and her own family, and Libia believes that's why she was sent to live at the convent.

A lifetime later, it's still difficult for her to talk about.

Libia's days were long: up at 4 in the morning, studying from 6-10 o'clock and working in the afternoons to help support the needs of the convent. While she said she learned many things, she didn't feel called to a religious vocation. Jesús, just two years older, promised a different life and that he would respect her.

For the first few months after they ran away, Libia lived with friends she knew from the convent. She and Jesús eventually married, and in November the couple, now 80 and 82, respectively, marked their 65th wedding anniversary. 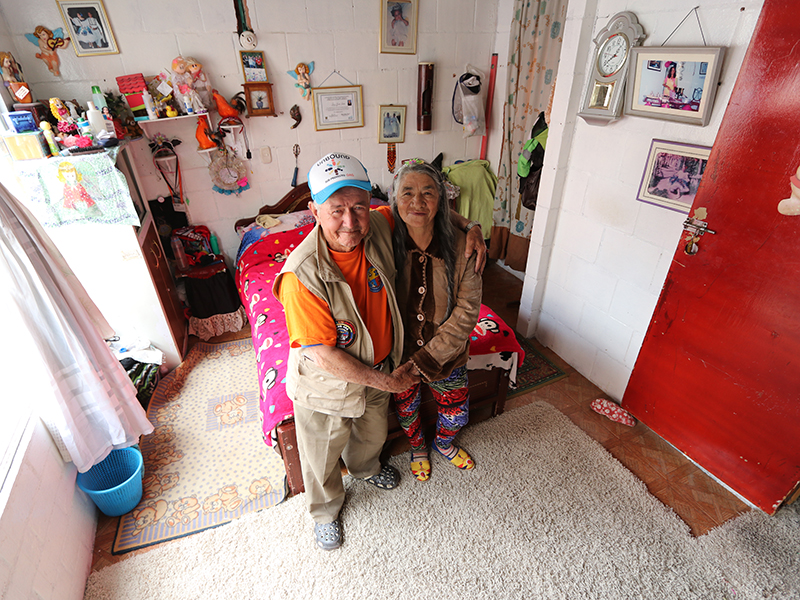 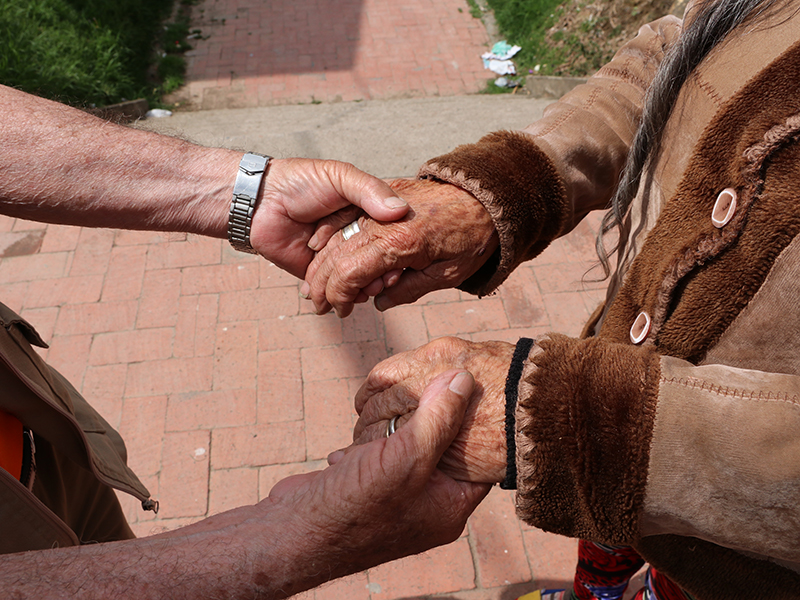 Photo 1: Jesús and Libia inside their home in Colombia. Before they were sponsored through Unbound almost two decades ago, they lived in a house of recycled materials that collapsed in a rainstorm. Photo 2: Tough from years of hard work and tender when holding onto each other, the couple’s hands tell a story of their marriage.

A BELIEF IN FAMILY


Jesús and Libia had seven children, eight grandchildren, four great grandchildren and one great-great grandchild. Tragically, two sons disappeared in conflict areas of Colombia years ago and are presumed dead, the couple said. They looked for their sons for years, and the search took a toll.

Through loss and economic hardship, Jesús and Libia remain steadfast in their commitment to each other, their Catholic faith and their family.

"No family is perfect but we believe in it, and in a single moment that search of perfection, of being together, of living for one another becomes a love made out of rock which nothing is able to dissolve in spite of arguments or discussions," Jesús said. "We've always been getting along, and the many years together are proof of it."

The couple sees Unbound as part of their family. Both have sponsors through the organization, Jesús since 2003 and Libia since 2002. Their sponsorships afford them access to cash resources to meet their critical needs. The additional funds mean they no longer go to bed hungry, the couple said, and they have been able to improve their housing conditions.

No family is perfect but we believe in it, and in a single moment that search of perfection, of being together, of living for one another becomes a love made out of rock which nothing is able to dissolve in spite of arguments or discussions. 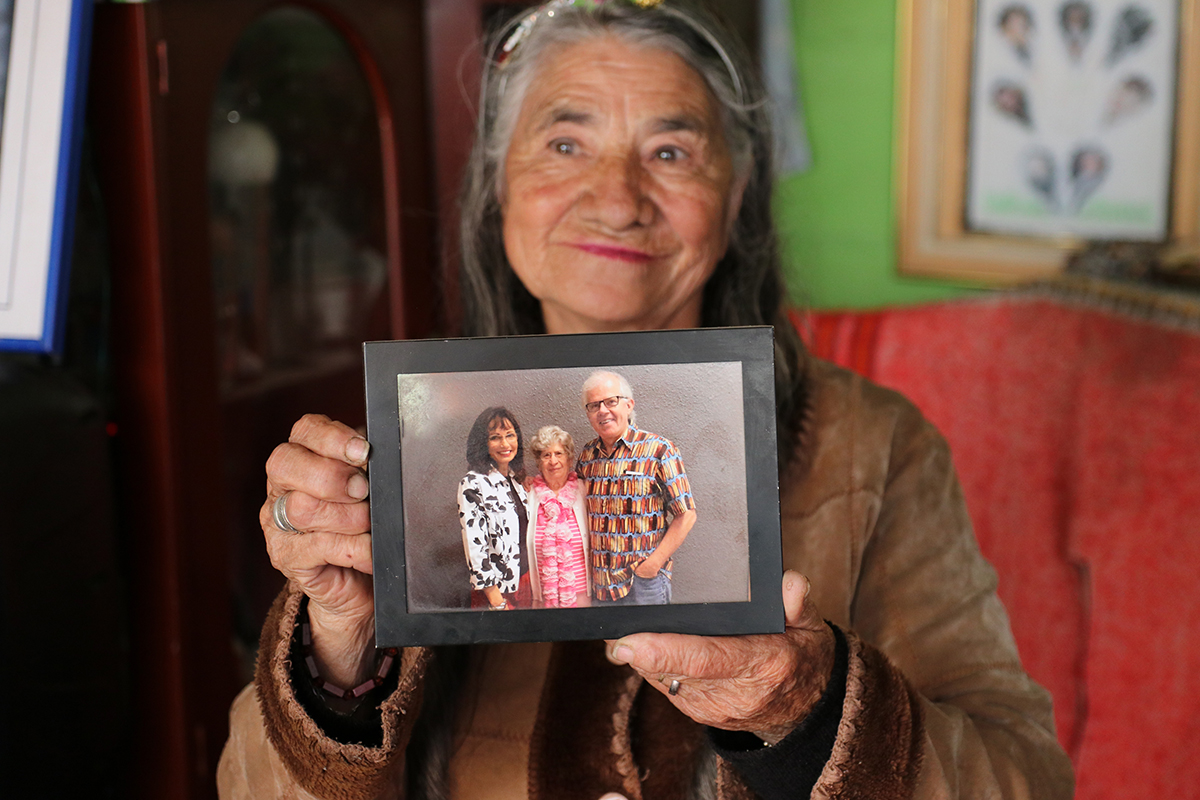 Libia has enjoyed corresponding with her sponsors through the years and proudly displays a photo of them.


Before Unbound came into their lives, Jesús and Libia had been displaced by violence and built a house of recycled materials on a hillside. One day the home collapsed in heavy rains. They lost their shelter and all their belongings.

Many in the community helped them, including Unbound. The couple said their lives began to change after they were sponsored through Unbound's Bogota program.

"We no longer lacked as much as before because many times, yes, my children helped us, but they helped us very little because they also had their obligations," Libia said. "That's why I appreciate Unbound a lot. My family is Unbound."

Before the pandemic, Jesús and Libia were active with other sponsored elders as leaders in Colombian folkdance groups in the area. They also earned a modest income selling recycled materials.

"I like to recycle because it improves the environment," Libia said. "There is not so much contamination and it is good for health. That's why we recycle many things people throw away that are usable."

Jesús and Libia are among 30,000 elders around the world supported through Unbound. Sponsorship for elders means steady support to combat extreme poverty. Based on elders' circumstances, local Unbound staff work with them to help them meet individual needs like nutrition, health care and recreational activities to counter social isolation.

Sponsors can also encourage elders by corresponding with them. Some have even met their sponsored elder friends through group awareness trips or individual visits coordinated by Unbound. Libia has enjoyed corresponding with her sponsors, Bill and Karen of North Dakota, and met them in person when they traveled on an awareness trip to Colombia in 2015. 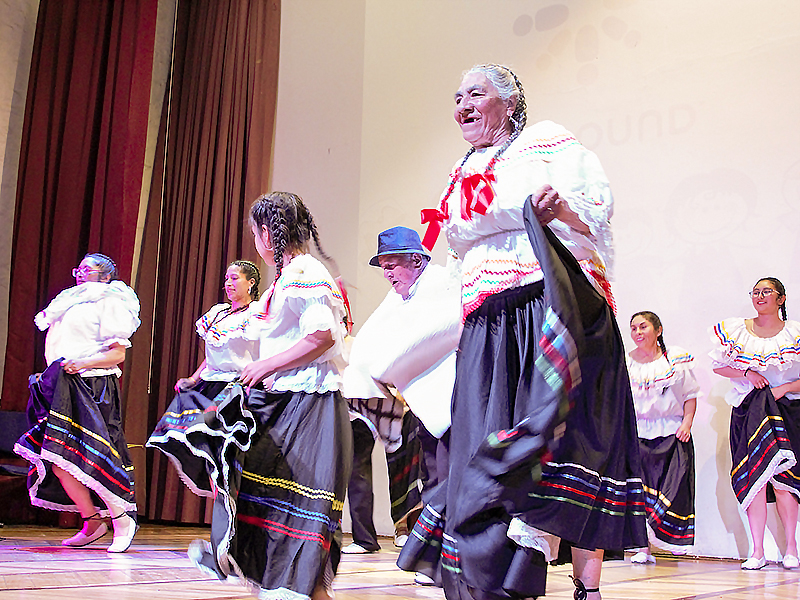 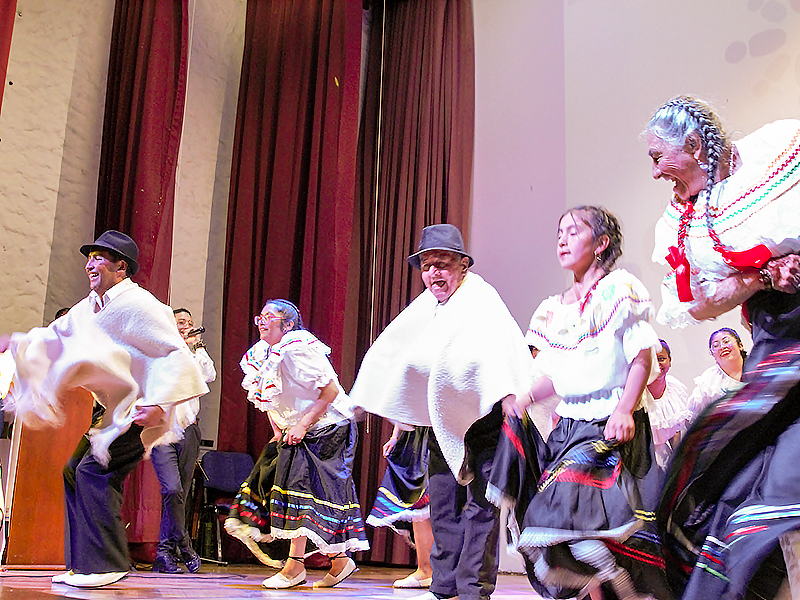 Photo 1: Libia (right) shows the younger generation how it’s done while performing in a Colombian folk-dance group. Photo 2: Jesús (center) and Libia (right) are leaders in their traditional dance group.


To encourage forming relationships with elders, Pope Francis in January announced that the Catholic Church would institute World Grandparents and Elders Day on the fourth Sunday of July. Elders are often forgotten, the pope said, and it's important for younger generations to be able to gain strength and wisdom from them.

The Vatican's Pontifical Academy for Life on Feb. 9 published a document called "Old Age: Our Future. The Elderly After the Pandemic." The document calls for a "rethinking of the assistance model for the elderly, so that the individual and his or her situation become the main focus of health and social policies."

"The starting point of this model is the desire of every man and woman to enjoy the last season of life accompanied and supported by their families, in a habit suitable for living the days of old age peacefully," the document said.

Jesús and Libia, with their family and their Unbound family, continue to walk together in love and respect. When asked where they get their strength, they both pointed up and said, "God."

"God strengthens us because without having the help of God, there is no strength," Libia said. "God is first, and then family."