A boy’s earnestness and desire to help others earns him love and respect in his community in Colombia.


Every day after school Orismel sold frozen juice treats, or bolis as they're known in Colombia, to help his family earn a little extra income. Once he sold all the treats in the small cooler he brought to school, he headed home.

Orismel — Ori as he's affectionately called by those who know him well — prides himself on being punctual, and his mother noticed he was getting home from school later some days. She assumed it was taking him longer to sell his supply of bolis. What she didn't know was that her son's reason for being late would change her family's life — in a good way.

Ori noticed some of his classmates were excited to go somewhere after school. One day he followed them. The students were sponsored through Unbound and were going to the local program center for activities.

"He followed his classmates to a formation class [where students learned about values such as responsibility] and the next day to an art class, "Vanessa Salazar Martinez, a staff member with Unbound's Cartagena program, said. "He used to stay around to hear the classes. He never asked for sponsorship but just liked being part of it."

Ori brought his box of frozen treats and sold them to the other children and staff. He was friendly and respectful, and stayed quietly in the background during activities.

"He went home with his ice box empty and he went home happy," Martinez said. "This happened for several months."

After a while, the staff got to know him and saw something special in him. They asked him to introduce them to his parents to find out if the family qualified for sponsorship. They did, and after a year on the waiting list Ori was sponsored in 2016 by Clare and Luke in Michigan.

He has some kind of charisma. He’s loved by the community because he is so loveable. 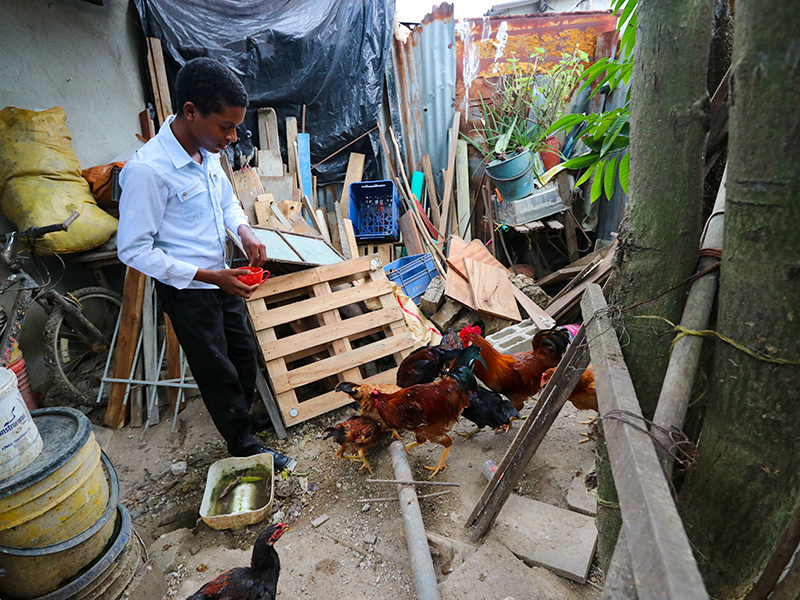 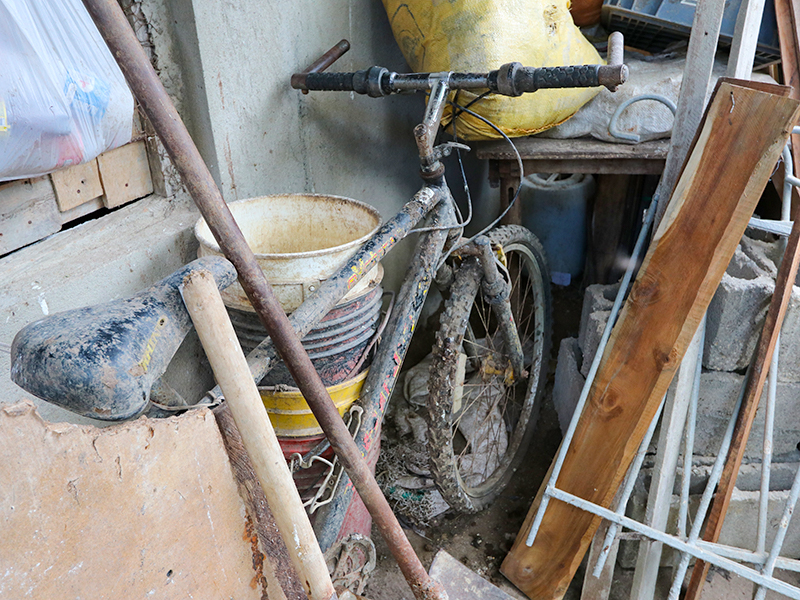 Photo 1: Orismel feeds the chickens outside his home near Cartagena, Colombia. Ori, as he’s affectionately known, loves animals. Photo 2: The bike Ori uses to get around town shows some wear.

LEARNING TO GIVE HIS BEST


It turns out Ori, now 16, is talented in art, and he has explored that talent in painting classes with Unbound. When asked what made him want to be part of the program, he talked about developing his creativity and being a good person.

"I wanted to learn new things about drawing and how to treat other people well," he said.

Ori hasn't always been treated well by others. He wears a hearing aid, and kids made fun of him because of it. He has hearing loss from an injury he suffered as a small child when he put a pen in his ear.

The hearing loss and bullying hasn't stopped Ori from being a good student. He enjoys math and English, and he wants to study to be a systems engineer.

Ori's days are typically full. He gets up at 5 a.m. for breakfast, does chores and plays with the family cats and chickens. He also feeds the pigeons that come around. Before the pandemic, his routine included selling bolis for about an hour before getting ready for school. He began selling the treats at age 11 because he worried about his mother and wanted to help make things easier for her and their family. In the evenings, Ori makes it a habit to catch the news.

"I watch the news to know what is happening in Colombia," he said. "That helps me not to be fooled by other people, so they don't lie to me about it, and to have a critical argument to be able to tell another person what is happening." 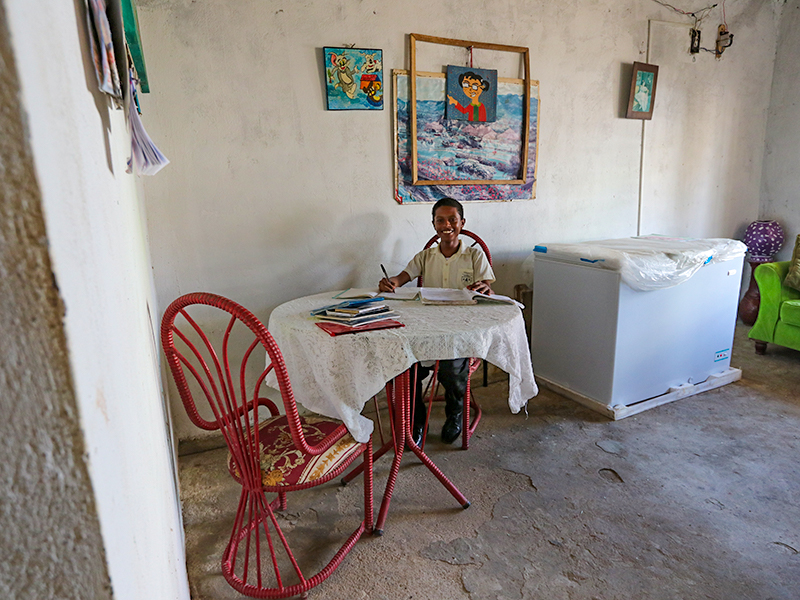 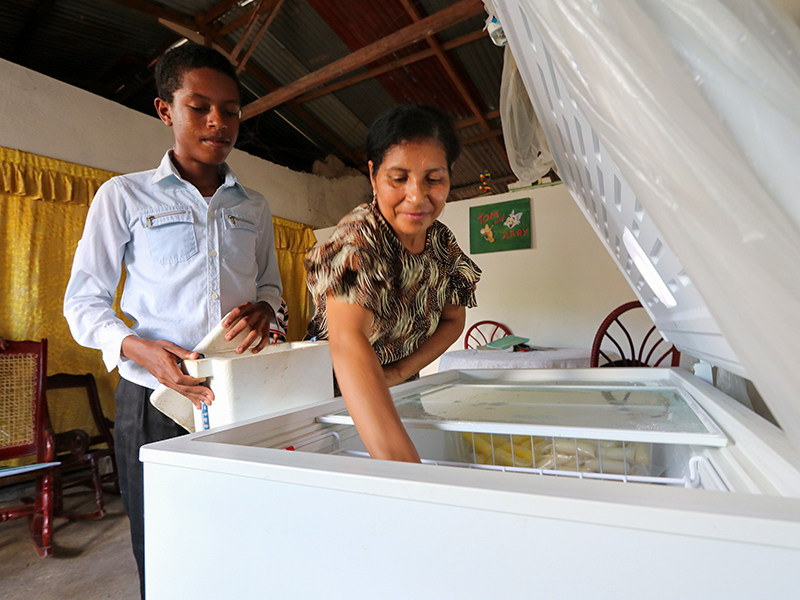 Photo 1: Ori does homework at a table in the main room of his home. He’s a good student and wants to study to be a systems engineer. Photo 2: Ori holds a cooler and waits as his mother digs in a freezer for ice pops she made. Ori sells the frozen fruit treats in the community to earn extra income for his family.


Ori's family lives in a high conflict area with a lot of gang activity. "We have invisible borders around," Martinez said. If residents cross a border to a street controlled by another gang, they can get into trouble. Having support from sponsorship helps young people like Ori stay focused on their studies and Unbound activities, and helps their families keep them safe, Martinez said.

In addition, the income from sponsorship has helped Ori's parents improve living conditions for Ori and his sister. The family has used sponsorship funds to buy home construction materials, medicine and school supplies, and address other critical needs. Ori's mom, Trinidad, has become a volunteer and leader in the local Unbound mothers group.

Ori's dad, Pablo, who works as a security guard, is proud of his son and supported his desire to be part of Unbound.

"We believed in him, and if the boy wanted to take that step [joining Unbound and being sponsored] for his future, we had to support him," Pablo said. "As his father, I feel proud of this kid because he's very intelligent, very active."

Ori inspires others with his positive spirit and desire to do good. His joy is infectious.

"He has some kind of charisma," Martinez said. "He's loved by the community because he is so loveable." 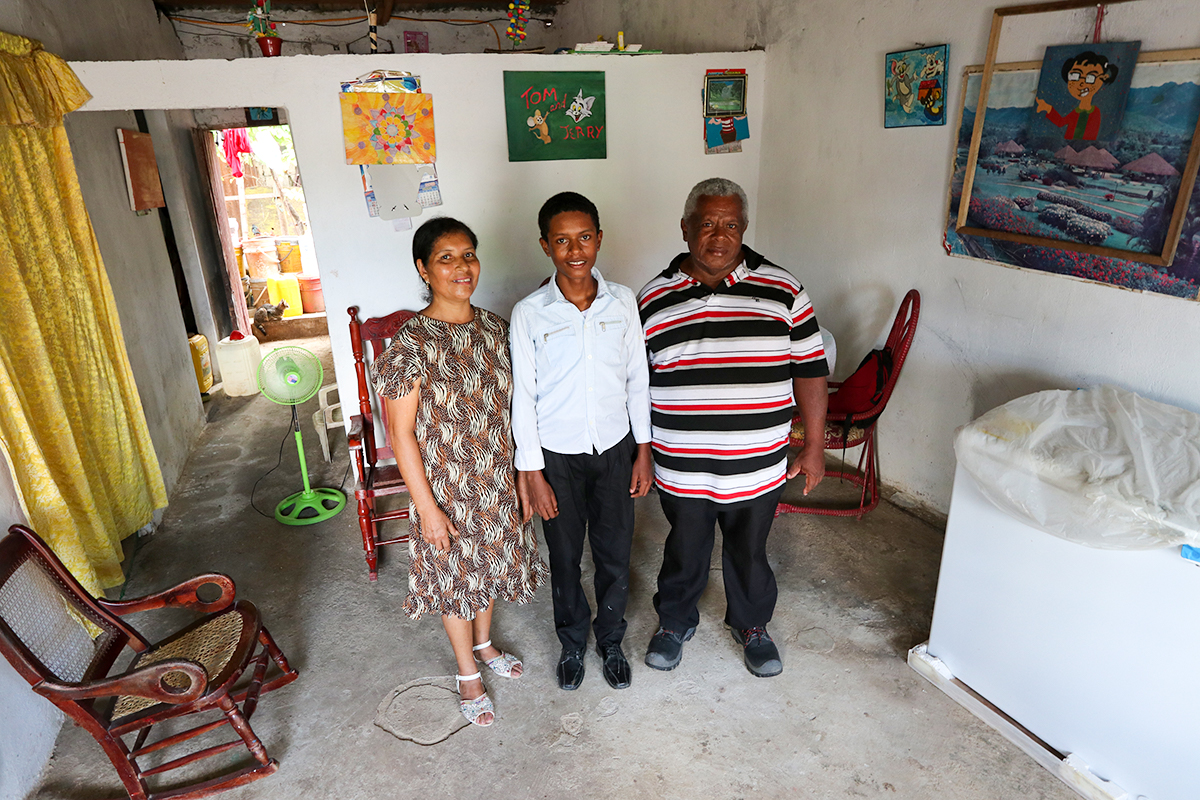 Ori with his mother, Trinidad, and father, Pablo, inside their home. The family used funds from Ori’s sponsorship to improve their living conditions and address other critical needs.