Families from varied backgrounds living in poverty come together in a welcoming space.


When you’re born into a Hindu household, go to a Catholic school for the first 10 years of your life and have friends from every religious tradition, you quickly learn the nuances of various religions. India is a land of diverse faiths. Although the majority of the population is Hindu, there’s a significant Muslim population as well as various Christian denominations in addition to Buddhism, Jainism, Sikhism and several indigenous belief systems.

For the most part, followers of India’s religions coexist peacefully but live and worship in separate social circles. It’s not uncommon for members of one community to hold stereotypical views of the other communities, and often these stereotypes can be inaccurate and even harmful.

I had the privilege of being born in a middle-class home that encouraged reading, asking questions and moving about in circles that were not exclusively Hindu. I saw the beauty and harmony in other religions and had the opportunity to make up my mind about my peers. I enjoyed sharing sevaiya (a sweet noodle dish) with my Muslim friends on Eid and plum cake with my Christian friends for Christmas. (Oh, plum cake for Christmas? Yes, that’s an Indian tradition that could easily be its own article!) Likewise, we all celebrated Diwali together. 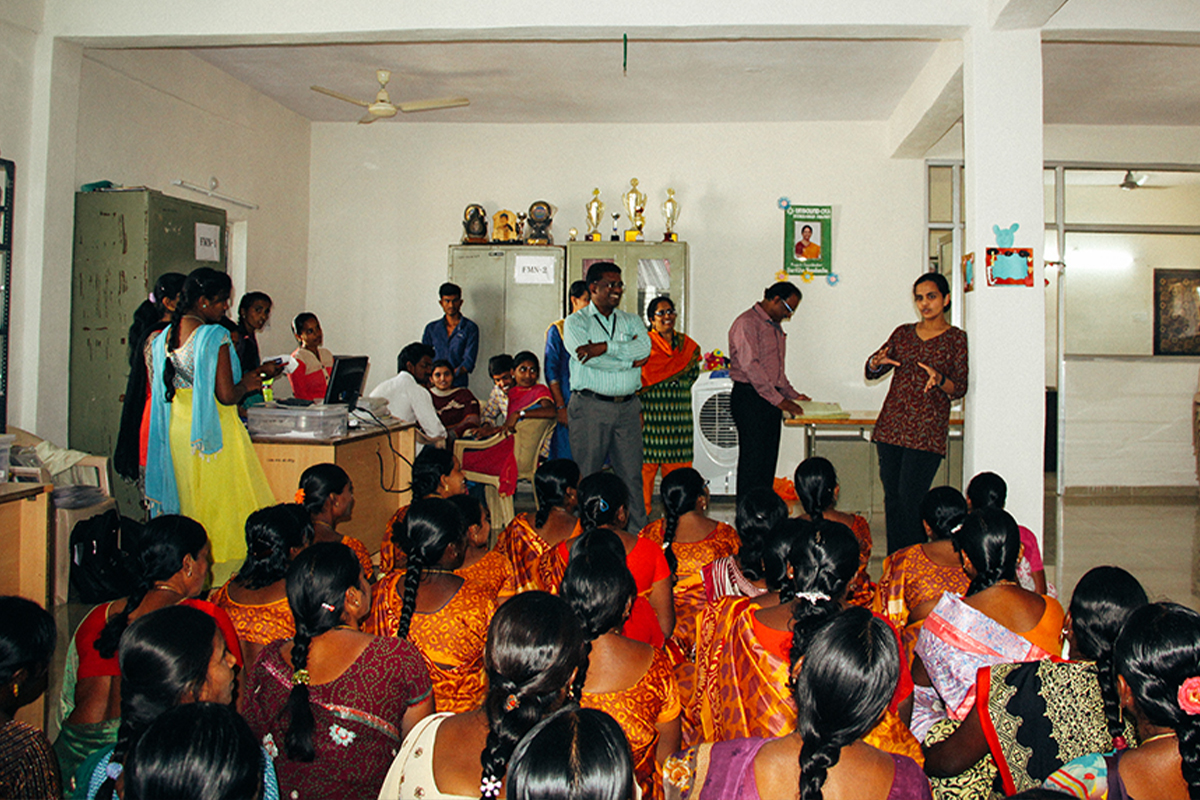 Unbound International Program Director Pritha Hariharan (right, facing group) speaks to an assembly of mothers of sponsored children at a gathering at an Unbound program center in India. Local Unbound staff listen in.

Inviting mothers in from the margins


However, for those born in poverty, often the communities in which they were born are their only social support systems. They don’t have access to other sub-cultures or traditions. Among them, women are even more marginalized and often their understanding of their peers from other communities is shaped for them. They might go their entire lives with their perception of another community stemming from a narrative they’ve heard from others.

In such an environment, Unbound often provides a space for women from diverse faiths to discover for themselves what they should think about their Muslim or Christian sisters. Unbound works with mothers who organize themselves in small groups in their neighborhoods. They meet on a regular basis to participate in savings-and-loan initiatives and also receive social support from each other. Unbound works with women from diverse faiths, and nowhere is this better reflected than in the small groups.

Oftentimes we find that some women have never ventured outside their homes prior to joining the Unbound program. When they join and start interacting with women of different faiths who are, otherwise, just like them, facing the same struggles they are, they marvel at how similar they are and how they’re only separated by labels.


In my travels with Unbound, time and again I’ve heard a mother describe to me how empowering it is to be able to discover this for herself. These women have finally found the space to begin having real interfaith discussions and to be able to support each other.

In the Philippines, particularly in the Zamboanga region, Unbound works with a significant Muslim population in a predominantly Catholic country. Staff routinely start their days with a Muslim prayer as well as a Catholic prayer. They celebrate Eid with the same enthusiasm as they do Christmas and share meals with each other.

In an increasingly divided world, the Unbound program creates a welcoming space for diverse groups of people to come together, learn, commiserate and share with each other. As many Unbound mothers have discovered, if we spend time with each other we can all learn to embrace our differences to make the world a better place.