A new kind of CEO

Mom runs farm start-up on her way out of poverty

A love of the land


Standing amid the rows of tomatoes, onions, green peppers and kale on her farm outside Nairobi, Diana Rose recounted how she started with a small shamba (piece of land) and grew her operation to provide work for herself and eight others in her community.

The 40-year-old mother of five, dressed in a blue skirt, white blouse and red sweater, looked every bit like a CEO ready for a business meeting. She also looked like a leader who stays close to the work.

As she told her story, wiping away beads of sweat forming on her face in the heat of the Kenyan mid-day sun, one thing was unmistakable: Diana Rose loves farming. "It is my passion," she said. "It is in my blood."

The youngest of seven children, she learned to love the land as a child. Her parents were tea farmers who also raised cattle. 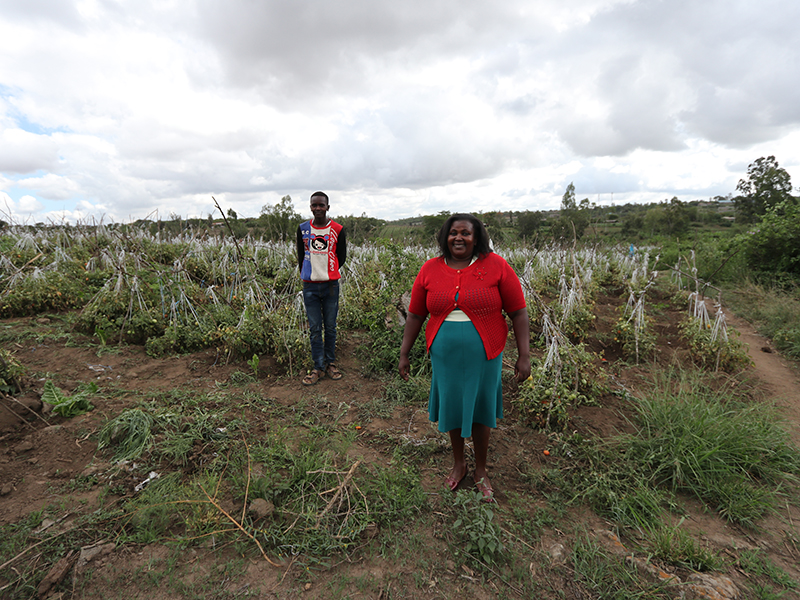 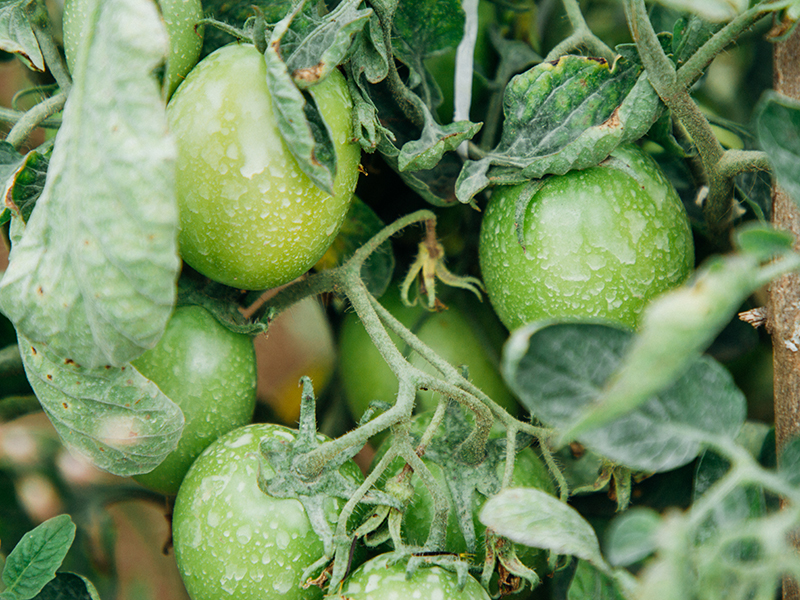 Photo 1: Accompanied by her son Gregory, who’s sponsored through Unbound, Diana Rose walks around her farm on the outskirts of Nairobi, Kenya. Photo 2: Tomatoes like these are among the produce Diana grows.

A commitment to education


Diana Rose also loved to learn, and made great efforts to get to school every day. For 13 years, all throughout her schooling, she walked 15 kilometers, more than 9 miles each way.

"When I was walking each and every day, I was thinking about my life, how can I do so that my children would not walk as I am walking," Diana Rose said. "Next to our home there was a farmer, and he was farming tomatoes and potatoes and he was very well. I admired his life; that's why I came up with this idea of farming, so that my family will stay stable."

Diana Rose started farming in 2015 when she received a loan of 10,000 Kenyan shillings (about $100) through an Unbound mothers group. Her teenage son, Gregory, is sponsored through Unbound, which allows her to be part of the mothers group and apply for microloans.

Receiving and repaying several loans through the years meant Diana Rose could rent more land to farm. Her goal is to earn and save enough so that one day she can own her own land. Even while renting, she has been able to employ eight "casual workers" (day laborers) from the community and meet the day-to-day needs of her family. 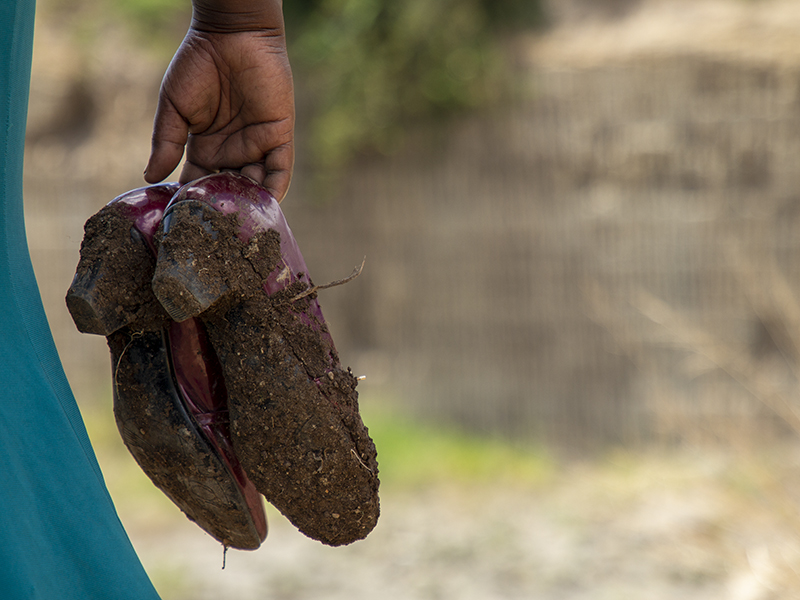 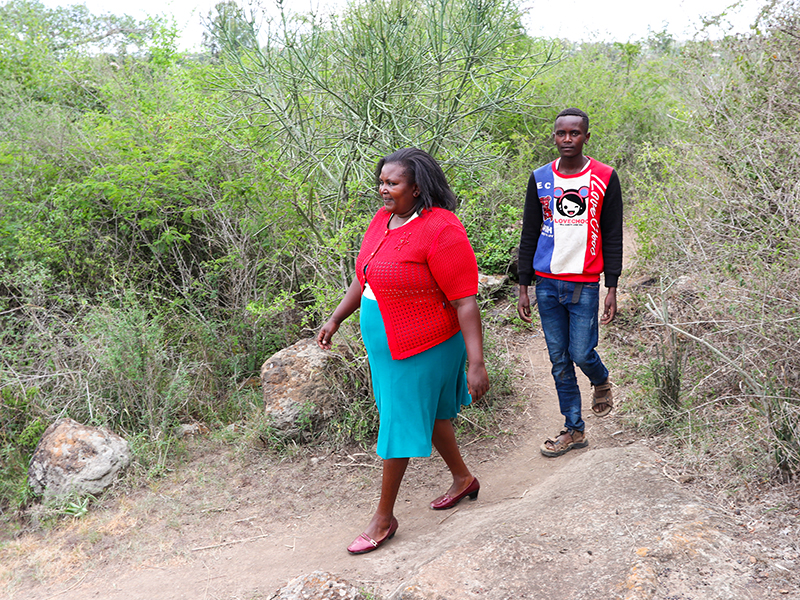 Photo 1: Diana carries her shoes while giving a tour of one of the muddier areas of the farm.  Photo 2: Gregory and Diana carefully walk along one of the farm’s rocky paths.

There is a very big deal to achieve whatever you were targeting, so you must work hard. You must cooperate and you must help and you must listen to one another.

Planning for the future


Gregory recently graduated from high school, and he was preparing to enter technical school to become a large-equipment operator. His sponsorship since 2012 has helped with his education, clothes and other needs, which took some of the economic pressure off Diana Rose and her husband, a mason who works in construction when jobs are available.

For Gregory's part, he wants to go on to study civil engineering and build paved roads. The dirt road to his family's home and farm is rocky and deeply rutted, and it becomes muddy and impassable after heavy rains. The lack of good roads impedes economic progress in the community.

"They are not able to take their products to the market well, unless you use a motor bike because most cars cannot come from this place with products," Gregory said. "It is very expensive to use motorbikes because they cannot carry a large amount of products. They can just carry a little."

The Unbound mothers groups where Diana Rose belongs is part of a savings and credit cooperative that allows mothers to remain as members when their children are no longer in the program. That affords Diana Rose a chance to plan for her family's future. She also wants to share what she's learned along the way.

"There is a very big deal to achieve whatever you were targeting, so you must work hard,” she said. “You must cooperate and you must help and you must listen to one another.” 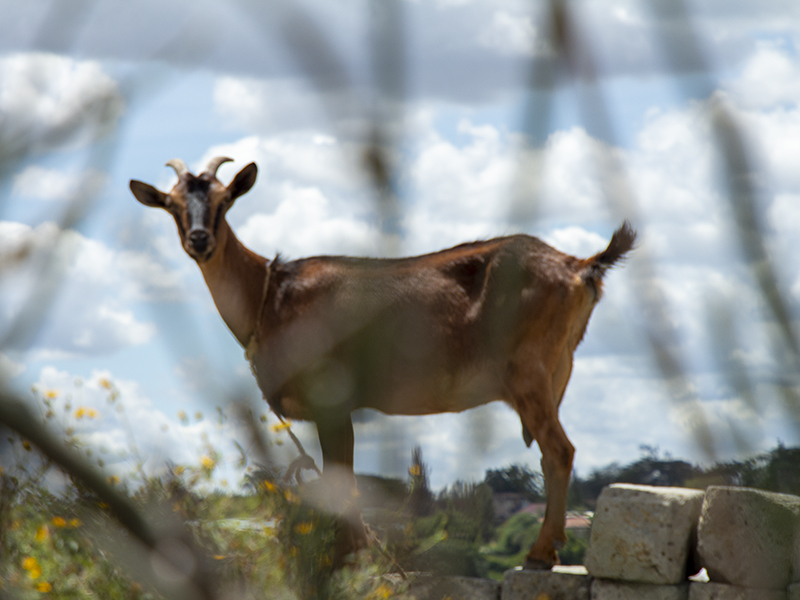 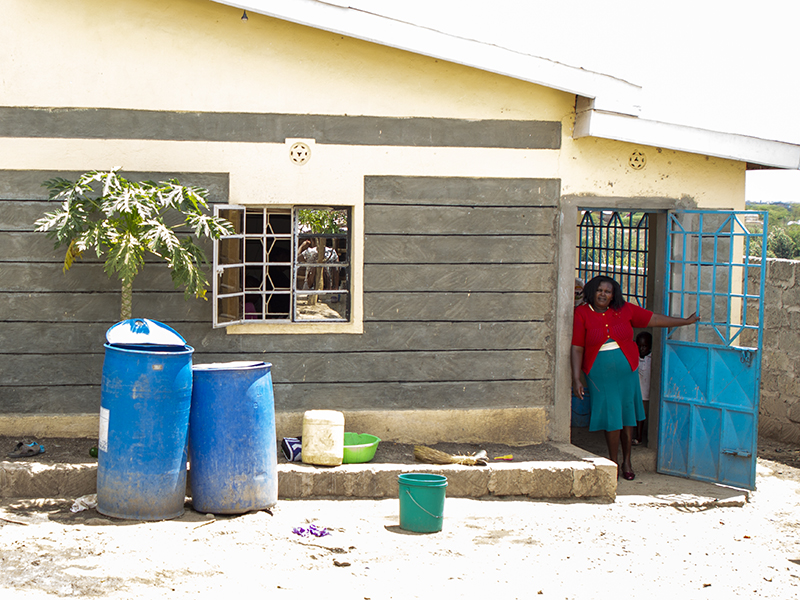 Photo 1: One of Diana’s goats climbs a rocky wall. Many families in Kenya own livestock, even in urban areas. Photo 2: Diana greets a visitor from the doorway of her farmhouse. The shade provides welcome relief from the equatorial sun.