Mothers of sponsored children take advantage of opportunities for education


Education is a key asset in overcoming poverty, but it’s not only children who benefit from it. Increasingly, sponsored children’s mothers, many of whom were forced by circumstance to leave school when they were younger, are being given second chances with Unbound scholarships.

Regional project specialist Caitlin Allen explained why the organization places such a high value on supporting these moms.

“Unbound focuses heavily on goal setting for the future with families,” she said. “As they take part in this process, it often encourages and inspires the mothers of sponsored children to work toward acquiring new skills or knowledge that will assist them in furthering themselves in their current work or pursuing something new.”

Here are the stories of three moms in the Unbound community who embraced their opportunity to pursue something new.

What I want is to give a good example to my community and, mainly, to my children. I can’t leave them a piece of ground or a house, but I can leave them education.

INSPIRED BY FAITH AND HOPE


Raquel is a former Unbound scholarship recipient living in Nicaragua. She recently completed a bachelor’s degree in pharmaceutical science. It’s an amazing achievement considering the poverty she grew up in. But despite that, education was a family priority.

“Thank God my father was always watching over us,” she said. “We [attended] elementary school, and also high school.”

While still a teenager, Raquel married Francisco. Their oldest and youngest sons, Fernando and Jason, were born with cerebral palsy, and an accompanying condition makes it difficult to breathe. A middle son, Carlos, was born healthy. Though providing the extra care the boys need has been difficult, their parents are devoted to them.

“My sister says to me, ‘Raquel, I don’t know [how you do it.] Only God knows who can be given a special child. … and you have two!’ But I care for both of them.”

An aunt told Raquel about Unbound. Fernando and Jason became sponsored and Raquel joined her local mothers group, appropriately named “Faith and Hope.” It was a source of both for her.

With the help of the other mothers and the encouragement of Francisco, who cared for the boys while she attended classes, Raquel went back to school and eventually completed her degree. Now she’s seeking a more secure future for her family as a licensed pharmacist.

“The hand of God has been with us,” she said. “I never imagined getting to where I am.” 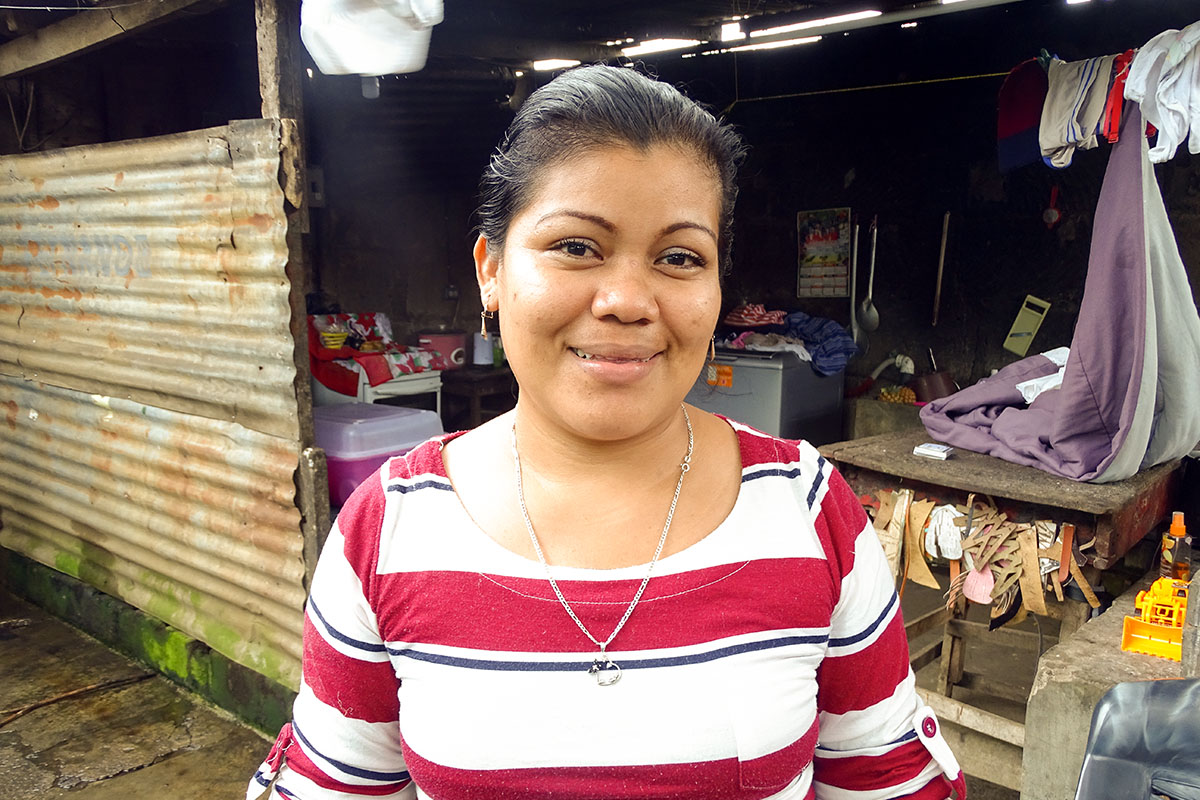 Raquel stands outside her home in Nicaragua, where she lives with her husband and three sons. Two of the boys have cerebral palsy. Her desire to learn more about medicine in order to better care for her children led Raquel to pursue a pharmacy degree with the help of an Unbound scholarship.


As a young mother, Omaida had no choice but to send her 5-year-old daughter to school hungry. That broke her heart. Poverty broke her spirit.

Today, Omaida lives with her family outside Cartagena, Colombia. Her daughter, Andrea, now 20, and son, Andres, 15, both have sponsors through Unbound. And Omaida was able to go back to school with help from an Unbound scholarship.

She remembers the day 15 years ago when Andrea’s teacher called her to the school with news that changed her life.

“I arrived disheveled and wearing flip flops,” Omaida said. “I didn’t [change into clean clothes] because I didn’t care about anything. That’s how my life was.”

The teacher told her Andrea had been accepted into the Unbound sponsorship program. She’d have resources for food and education, and Omaida could be part of the local mothers group where she’d participate in workshops on self-esteem and empowerment.

“[Unbound] began to motivate that person we all carry inside,” she said. “They told us we can do it, and we don’t have to believe everything people say about us. This was a great motivation that made me wake up and start dreaming.”

Omaida’s dream took her to college, where she completed a technical course in human resources in 2019, with a goal to study business administration.

“That makes me feel very happy because I changed that story,” Omaida said. “I’m no longer that suffering woman who had to live many things. I’m showing my children that there’s another story.” 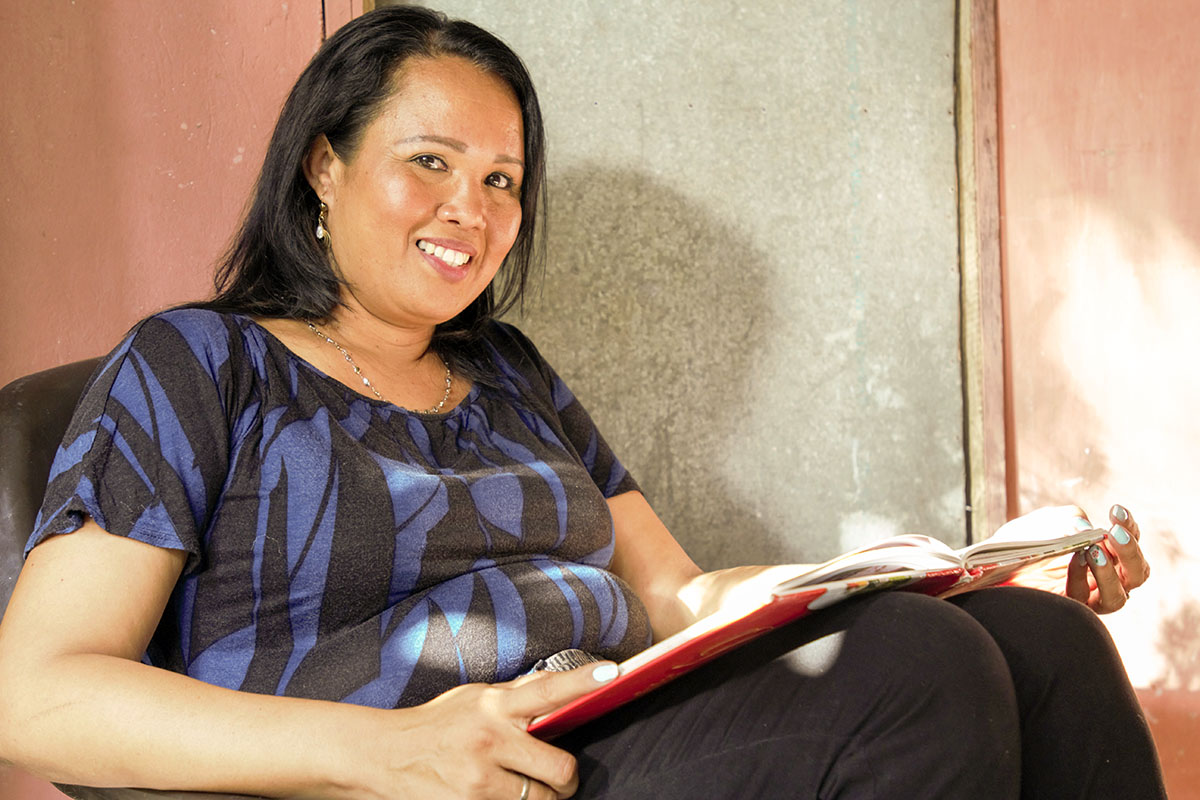 Omaida enjoys a book in her home in Colombia. Once so destitute that she sent her young daughter to school hungry every morning, as an Unbound scholarship recipient she recently completed a certification in human resources and wants to go on for a degree in business administration.

LEAVING A LEGACY FOR HER CHILDREN


Growing up in Guatemala, Florencia dreamed of becoming a nurse. That was never to be. But now as an Unbound scholar, she’s discovered a new dream.

One of seven children in a poor family, Florencia left school and, at only 12, began working as a housekeeper. When she was 19, she met the man who’d become the father of her two children.

Raising two children on her own was difficult, especially with Jefferson’s special needs. Florencia took in laundry so she could work at home but couldn’t keep up with expenses. Thankfully, when Jefferson was 7, he was sponsored through Unbound.

As a member of her local Unbound mothers group, Florencia received training in sewing and embroidery. Those skills now earn her a steady income.

“In my community, they’ve taken me as a leader. … It makes me feel good, and I think I’m worth a lot.”

Unbound staff urged Florencia to apply for a scholarship. She’s now making up the schooling she missed as a child and hopes to go on to university to study business administration.

“What I want is to give a good example to my community and, mainly, to my children,” she said. “I can’t leave them a piece of ground or a house, but I can leave them education.” 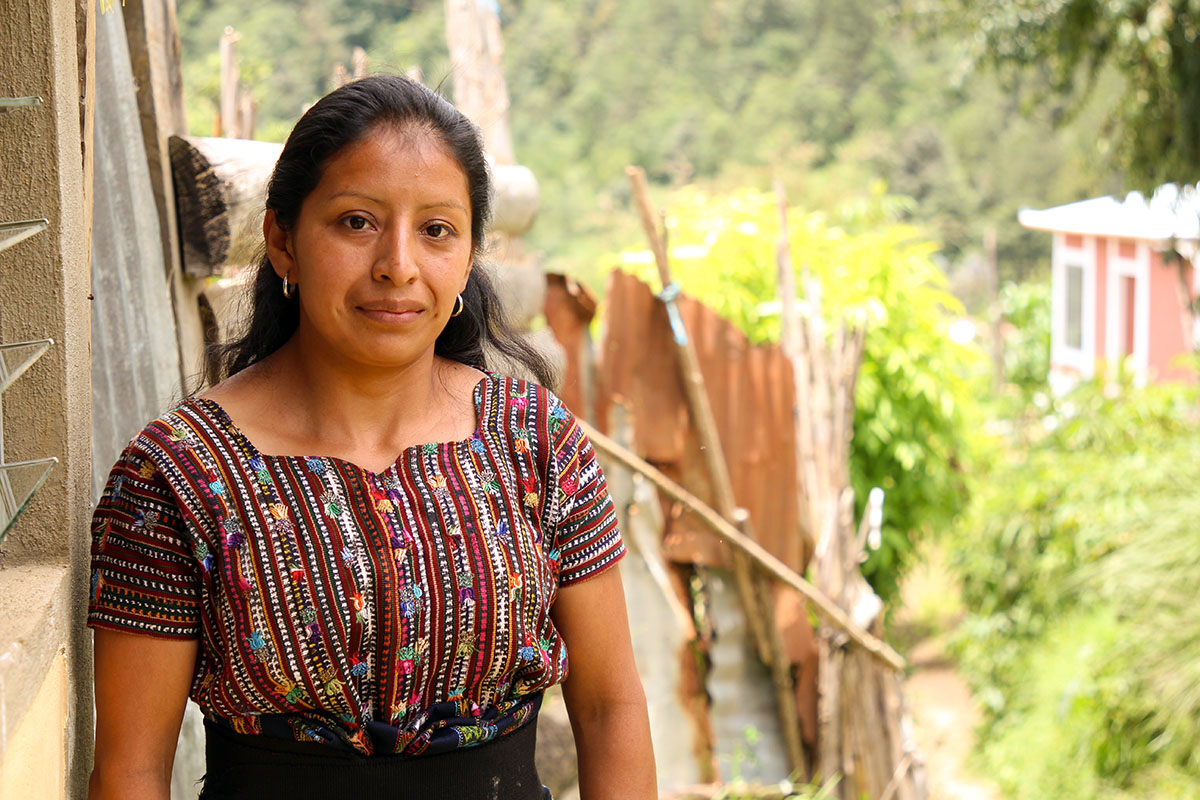 At home in Guatemala, Florencia has taken a leadership role in her local Unbound mothers group. Their encouragement helped her pursue an Unbound scholarship and go back to school after dropping out as a child. Florencia has two children, including a son with major hearing and vision impairments.


That desire to set an example for their children is shared by mothers in every country where Unbound works. It drives activities in both homes and local communities and has led to some impressively creative initiatives, Unbound’s Caitlin Allen said.

“The desire to provide for their children and to serve as an example for them is highly motivational,” she said. “No one understands what a family needs to overcome the challenges they face better than mom does. If a mom gets on board with something, it will change the course of the whole family and create a ripple effect into the larger community around them.”