Ten years after their story was told in a documentary film, four cast members reflect on the experience of a lifetime

In 2007, Unbound (then known as CFCA) set out to make a documentary that would help people better understand the realities and potential of young people living in poverty. The location for the project was Zamboanga, a city on the island of Mindanao in the southern part of the Philippines. It was chosen partly because the Unbound community there is a model of peaceful coexistence in a region that has known much political and religious tension.

The Philippines has withstood centuries of outside influence and, in some ways, struggles to maintain its own cultural identity. For that reason, it was decided that the film, which would ultimately be titled “Rise and Dream,” would center around a special concert featuring traditional Filipino music and instruments. The main performers would be 13 young people in the Unbound program.

The teens came from different places within the region and included both Muslims and Christians. The close-knit community they developed as they worked together to learn the traditional instruments was part of the story. So, too, was the common denominator of poverty and the burdens it placed on each of their families. Barclay Martin, who composed original music for the film and worked closely with the young performers, was impressed by how well they dealt with all that was going on in their lives.

“It was a great lesson for me, to have the privilege of working with these young people every week, while working toward the shared goal of this concert,” Martin said. “At the beginning of our time together, it was clear that they were carrying a lot as young people, and my respect for them only grew as we got to know them.”


The free concert, which took place in early 2008, evolved into a bigger event than expected and attracted an audience of 10,000, as well as some of the best-known musicians in the Philippines.

“To host a celebration as large as the concert ... required a great deal of effort on the part of the Zamboanga community, Unbound staff and parents of sponsored members,” Martin said. “But it was also a great point of pride for them to host an event like that in their home community.”

Julius Manolong, an Unbound staff member in Zamboanga, remembers it as a moment when families could set aside their burdens and simply celebrate with one another.

“I [recall] the conglomeration of thousands of families, the stunning cultural colors and emblems of local artists and performers representing various rich ethnic groups, and the jovial presence of sponsors from around the world, all celebrated in joy, in harmony and in peace,” he said.

Rhodora Partosa, Unbound’s coordinator in Zamboanga, recalled how the community and staff worked together — handling preparations related to attendance, costumes, food, training, instruments and more. She also said how proud she was of the teens who performed, and that she was honored to be part of their journey.

“’Rise and Dream’ for me is a constant reminder of hope, possibilities and love,” Partosa said. “It was never easy but we have to grasp and hang on with what matters, which is our dreams. If things are not well there is always another day.”

The documentary premiered in February 2012 at the Thin Line Film Festival in Denton, Texas, where it won the Audience Choice Award. To celebrate the film’s 10th anniversary, we caught up with four of the young people involved in the project.


Ainee Lim turned 18 shortly before the concert. She was in school with hopes of becoming a restaurant manager, but between her studies and concert rehearsals, it was a stressful time. Still, with all Ainee was dealing with, including the death of her mother a month after the event, she remembers it as a positive experience.

“It gave me motivation to persevere in my studies,” she said. “It was total fun since we slept over at our rehearsal venue and we got to bond and to know each other very well. … We became closer and even had time outside [Unbound] as friends.”

Ainee, now 32, works in the hospitality industry as an attendant on a cruise ship. As she looks back on her experience as a sponsored child with Unbound, she’s grateful for how sponsorship helped prepare her for the future.

“It [shows] how education is important for a child and how the sponsors greatly affect the future of each child they support,” she said. “They give someone the opportunity to create a good future for themselves and be the best of what they can be in their own chosen fields.” 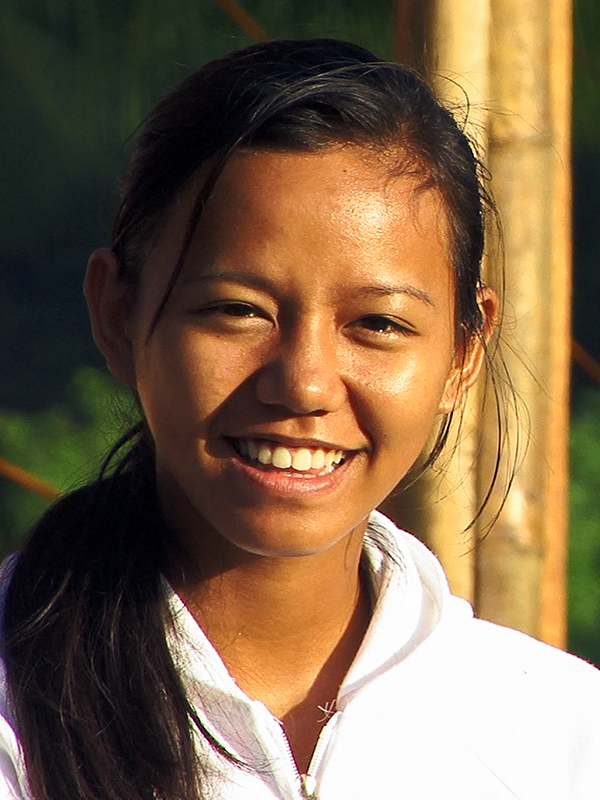 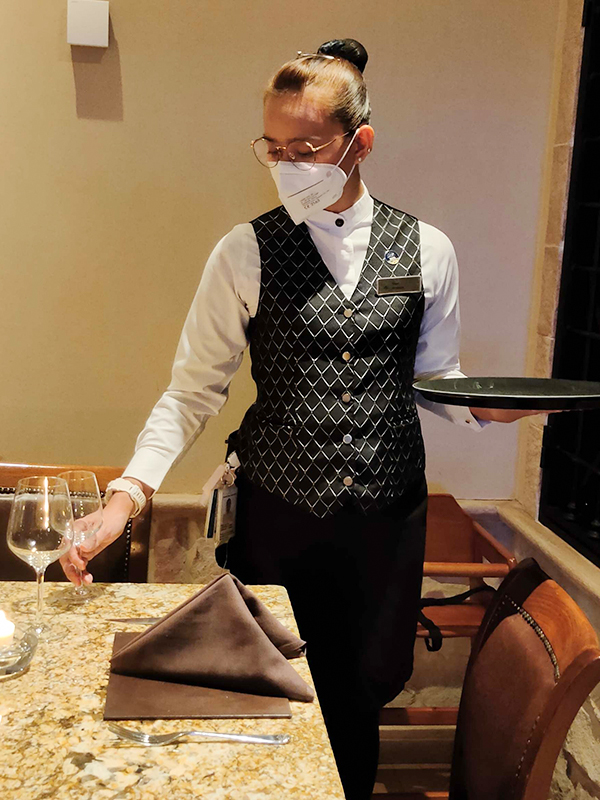 Photo 1: 17-year-old Ainee Lim prepares for the concert in Zamboanga. She was one of 13 young people from the Unbound community selected to perform.

Photo 2: Ainee now works in hospitality aboard a cruise ship in the Mediterranean Sea.


Wengie Magallon was 16 when she was invited to audition for the concert by then Unbound social worker Rose Estrellas, who wanted to motivate her to do better in school.

“I totally lost my interest in studies because of a subject that I failed,” Wengie said. “… She [Estrellas] said I need to continue my studies to be able to join that activity. Then that’s the time I gained my confidence to go back to school and finish it while enjoying the troupe of performers.”

Wengie went on to graduate from college and works in human resources for a business in Zamboanga. Now 29, she looks back with fondness on the concert and the friendships with the other performers.

“To my fellow cast of ‘Rise and Dream,’ I am very proud of all of you,” Wengie said. “I hope you are all safe. … I know that when we get to see each other again, the whole day will not be enough to tell stories and remember our days in the rehearsals.” 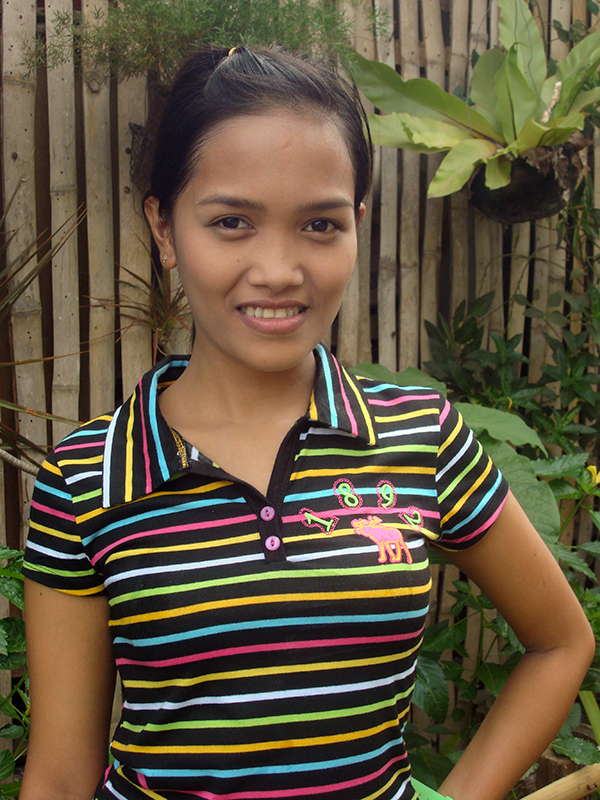 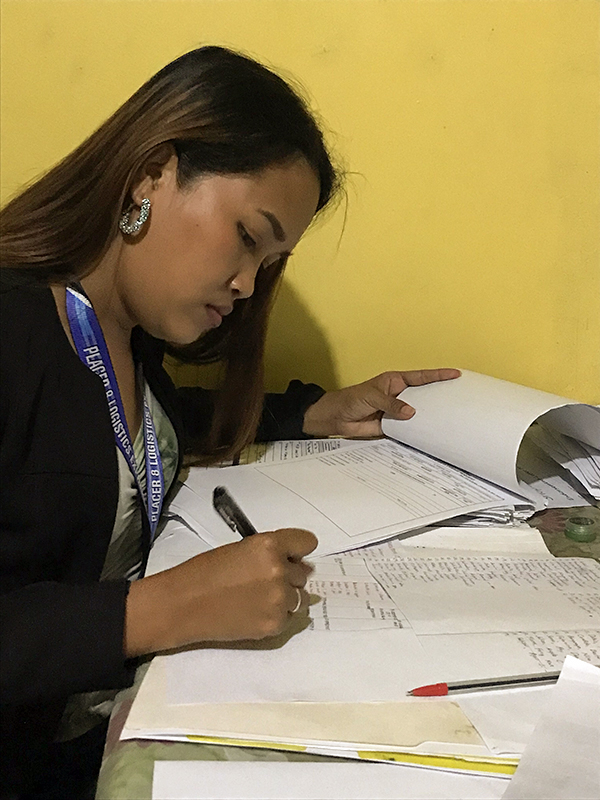 Photo 1: In a 2012 photo, Wengie Magallon, then in college, reminisced about her participation in the concert.

Photo 2: Wengie now works in human resources for a company in Zamboanga. She currently works out of her home.


Ryan Sumicad is now 36. He graduated from university with a degree in forestry and works for the Philippine Department of Environment and Natural Resources. His job involves mapping and developing areas for reforestation.

At 20, he was one of the older of the Unbound performers at the concert. His involvement came after he was asked to perform with other sponsored youth at an Unbound Awareness Trip celebration. Zamboanga program staff noticed his talent and invited him to audition.

“It was really fun playing those native instruments. It is something new for me, but I was able to learn it from our trainer,” he said.

Looking back on his participation in “Rise and Dream,” which included being the only member of the group to come to the U.S. to help promote the film, Ryan is grateful. He’s even more grateful for the opportunities that sponsorship afforded him.

“I am really blessed and thankful being part of CFCA/Unbound,” he said. “I was able to study continuously until college because of the sponsorship support of the organization and my sponsor. It [would have been] too difficult for me to study on my own without the help of Unbound.” 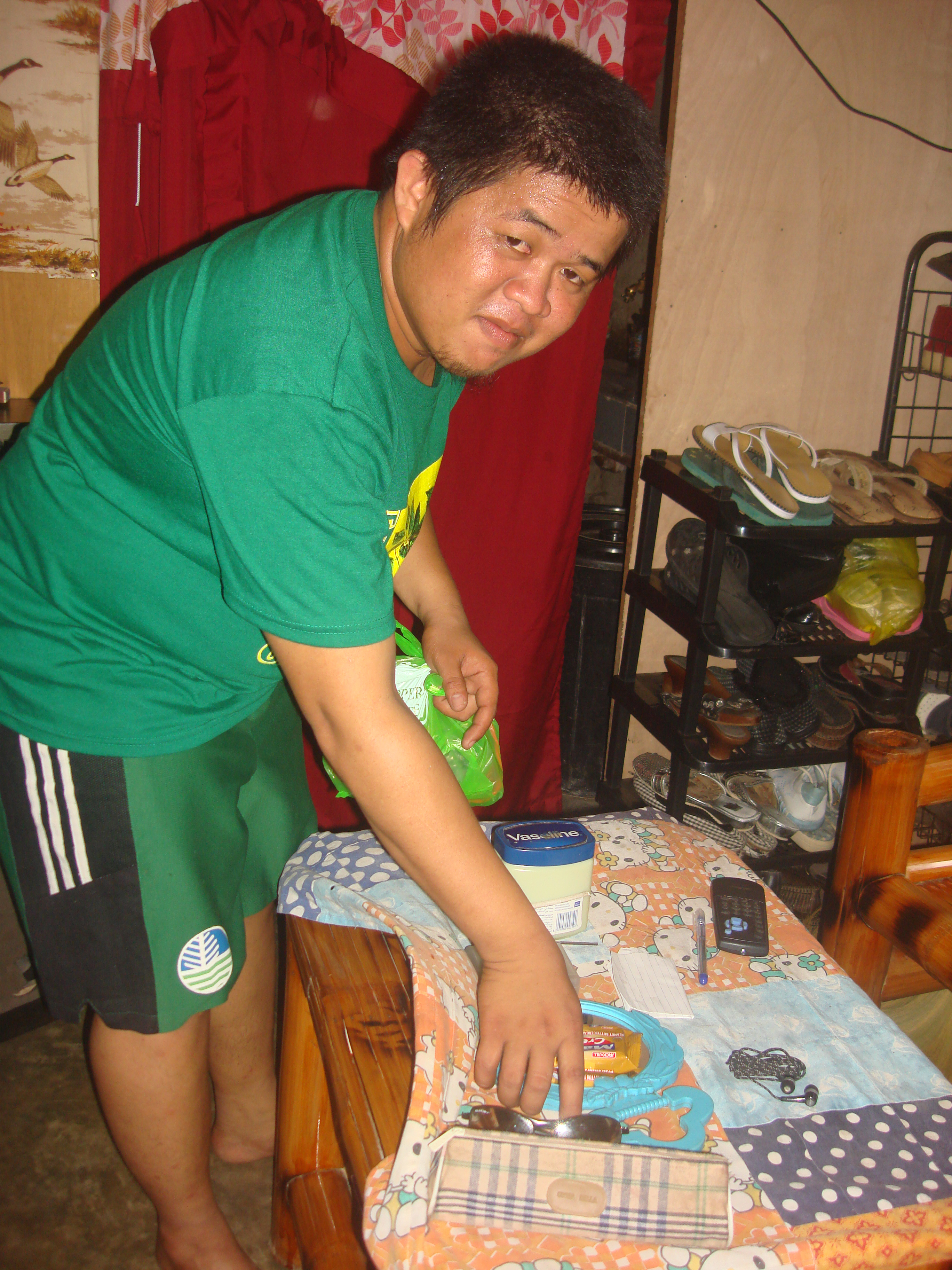 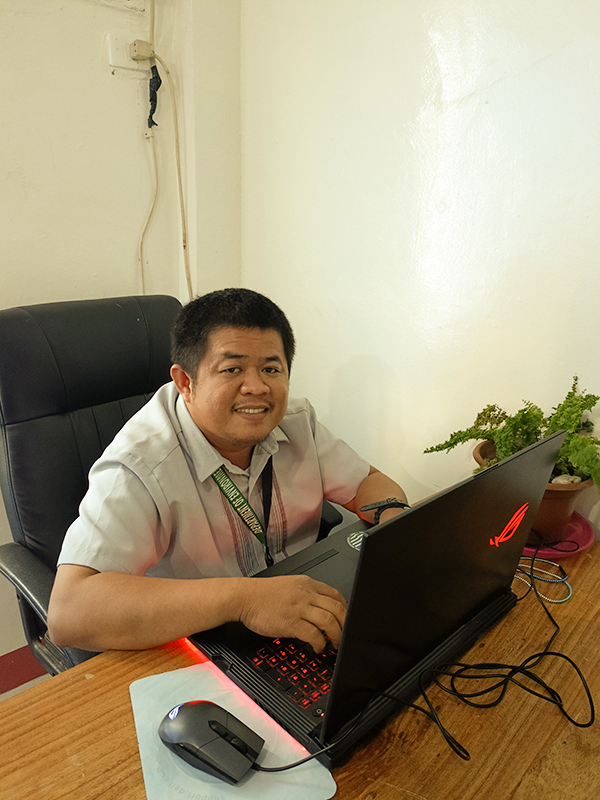 Photo 1: In a 2012 photo, Ryan Sumicad welcomes guests to his home. At the time he was a university student.

Photo 2: Ryan now works for the Philippine Department of Environment and Natural Resources.

standing up that 8th time


In the documentary, 15-year-old Xarina Acuña described herself as “small but terrible.” What she meant was that, despite the obstacles around her, she considers herself powerful. She demonstrated that power in her performance in the concert and even more so in the years following.

Xarina earned a bachelor’s degree in nursing and went on to specialized training in administering dialysis. Now 29, she works at a hospital in England. The past two years have been difficult for her living apart from her family and serving in one of the hotbeds of the pandemic.

“COVID cases here in England [were] also high. I handle COVID patients as well and there are loads of patients who die in my arms, [of] different ages,” she said.

Like the other concert performers, Xarina looks back on the experience with gratitude for how it helped build character within her.

“For me, ‘Rise and Dream’ was like, you fall seven times but you stand up eight times. It’s like you live the dream. This activity gave us the opportunity to grow more as a person. It [opened] our minds that there’s no limit in dreaming for a good future, and it could be more than what you are dreaming for.” 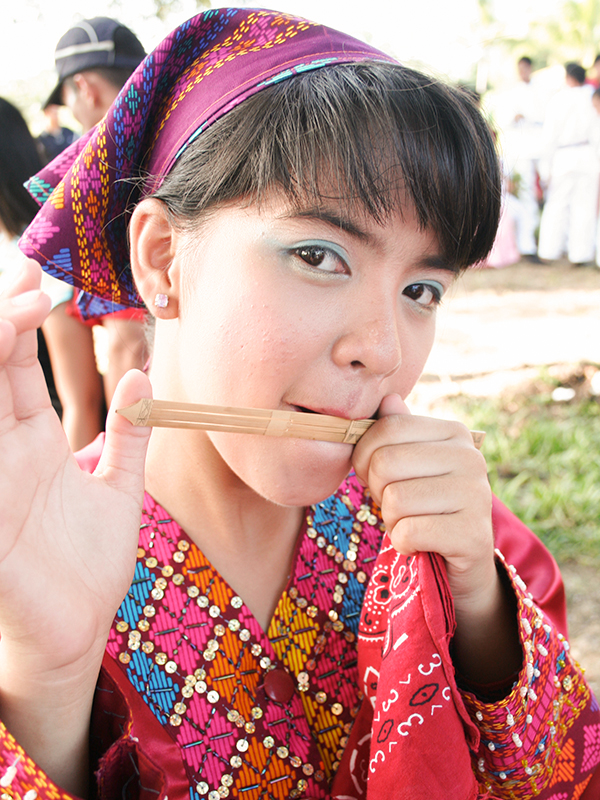 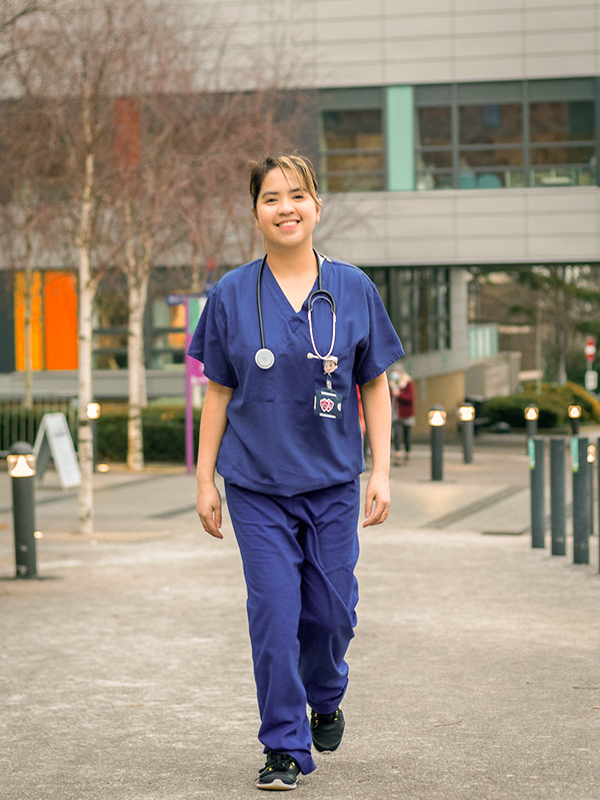 Photo 1: Backstage at the concert in January 2008, Xarina Acuña practices playing her ‘kubing,’ a Filipino mouth harp. She and the other Unbound youth would soon perform for the audience of 10,000.

Photo 2: Today, Xarina is a nurse serving on the front lines of the pandemic at a hospital in England.

For me, ‘Rise and Dream’ was like, you fall seven times but you stand up eight times. It’s like you live the dream.