People around the world join in the universal language of prayer

For people the world over, the human senses are part of the language of faith. That faith is seen in religious art and heard in sacred hymns. It’s smelled in incense and tasted in Communion bread.

And it’s touched, one bead at a time, in the ancient prayer tradition known as the rosary.

Unbound recently created a video rosary that included contributions from four regions of the world. The rosary, by using the meditative repetition of traditional Catholic prayers, transcends the limitations of language.

Unbound works with and welcomes people of all faiths. The rosary is one of many prayer forms from a wide array of faith traditions found in places where Unbound serves.

The video is a gift and an invitation to prayer for the Catholic faithful in the Unbound community and beyond. Unbound was founded by Catholic laypeople who believed in the power of prayer, and many who sponsor someone in need through Unbound are from the Catholic faith.

The traditional rosary involves meditation on different sets of “mysteries,” which are events in the life of Jesus. “We chose the Sorrowful Mysteries because they resonate in a special way with the poor of the world, who definitely can understand the sufferings of Christ,” said Father Mike Rieder, a priest from Long Island and an Unbound preacher who leads the rosary in the video.

a sense of reverence


The project involved the skills of Unbound community members from the Philippines, Kenya, Guatemala, Colombia and the U.S., and included contributions by staff as well as sponsored individuals and their families. Each area was responsible for one section (or “decade”) of the rosary, the exception being Guatemala which contributed two decades. For some, it was an expression of personal faith. For others, it was a learning opportunity.

Nickson Ateku is Unbound’s regional reporter in Kenya. Like other regional reporters, he’s responsible for collecting photos and stories. His territory is the five countries in Africa where Unbound has programs.

Ateku recorded some of his colleagues in Nairobi praying their decade in both English and Swahili, and he included additional images of nature since the setting for the prayer was a garden behind the Unbound office. He enjoyed his introduction to a prayer tradition with which he was unfamiliar.

“For me, it was a great moment to learn about the Catholic faith in detail as I am not Catholic,” Ateku said. “… It was a moment of true reflection on the pains of the world, and it was indeed a great [experience].”

Carolina Pulgarin is another regional reporter, based in Colombia. For her, the video project was a welcome reason to go back out to the field after having been grounded by the pandemic. She invited sponsored elders, or as she called them, “abuelos” (grandparents), to participate. She knew their generation had a deep devotion to the rosary.

“This experience was very nice because [the elders] were ready and grateful to be part of this type of video,” Pulgarin said. “They were the ones who suggested to do it in front of the grotto of the Virgin [Mary]. One of them got up early that same day to clean it so the Virgin could appear even more beautiful.”

That sense of reverence for the sacred is shared by Tristan John Cabrera, Unbound’s regional reporter in the Philippines. Active in music ministry in his own parish, Cabrera enjoys visiting and learning about historic churches, and he has an eye for photographing sacred objects. Many of his photos have complemented Unbound prayers and faith reflections.

For the rosary project, Cabrera sent in photos and video from sites he’d visited, including some from his personal collection. For the prayer part, he invited sponsored youth to participate. They prayed their decade in Tagalog, one of the predominant languages of the Philippines. 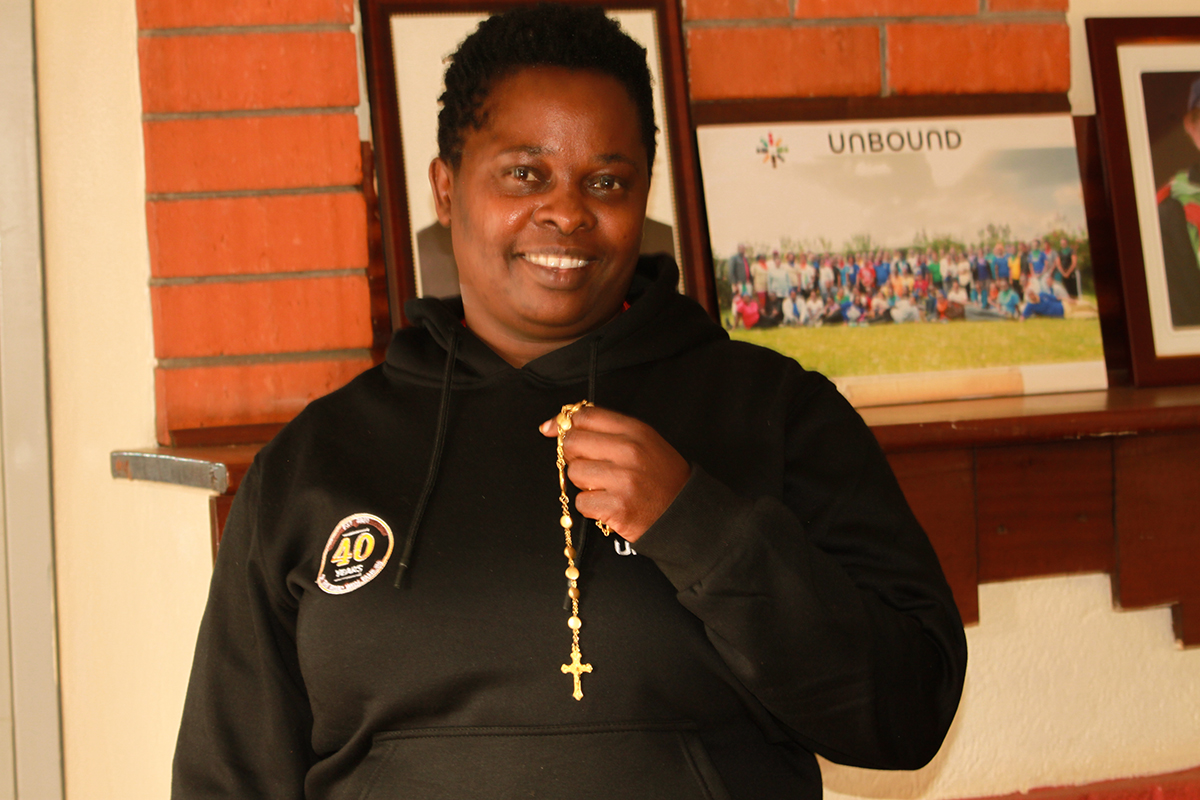 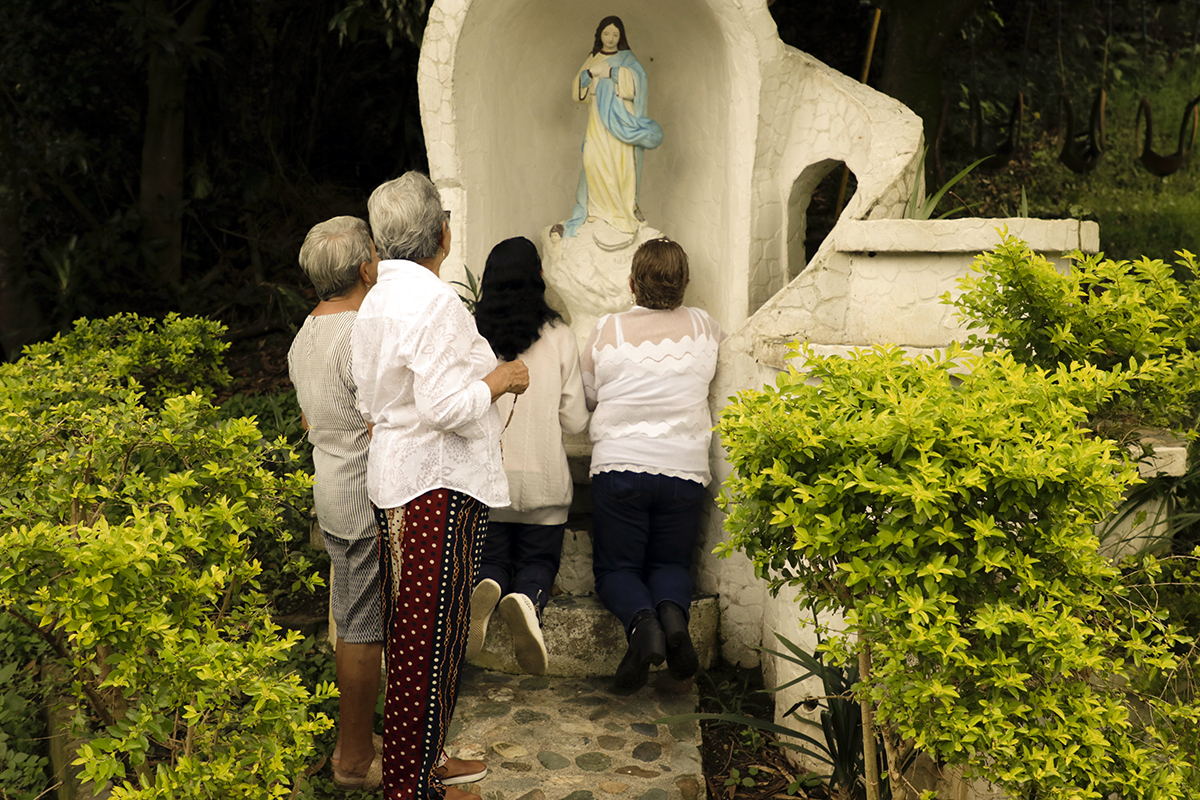 Photo 1: Wearing a hoodie celebrating Unbound’s 40th anniversary, staff member Judita Ngumu holds her rosary while standing inside Unbound’s Nairobi program office. She and other staff prayed together for the video in the garden behind the office.

Photo 2: Elders sponsored through Unbound pray the rosary together outside a grotto dedicated to the Blessed Virgin Mary in Medellin, Colombia. The women were so eager to participate in the video that they arrived early to clean the grotto.

The language of prayer


Language was also a consideration in Guatemala, where two decades of the rosary were filmed. Recognition and respect for the distinct cultures within that country is important to Unbound, and it was a priority for Oscar Tuch, the regional reporter who coordinated the rosary project in his country.

One of the segments assigned to Guatemala featured the family of a sponsored child. They prayed their decade in Spanish inside a small chapel of their parish church. It was the only one of the five decades offered in a traditional church setting, and the small chapel lent an air of simple beauty to the prayer.

The other decade submitted from Guatemala was in Tz’utujil, a Mayan language. From the conception of the rosary project, the hope was to have a segment in a Mayan tongue to represent indigenous people and their importance to the Unbound community.

Tuch said the mothers of sponsored children who were chosen for the project took their assignment seriously.

“It was wonderful to work with the group of mothers,” he said. “Days before the recording, they prepared themselves to learn to pray the Holy Rosary in their native Tz’utujil language. Each mother prepared herself in the best way to pronounce in unison the words of the Our Father and the Hail Mary. It was also beautiful to hear how each part of the prayers is translated to our mother tongue.”

The location chosen for the prayer is a place of reverence for the Mayan people, a mountain 8 miles from the city of San Pedro La Laguna. In addition to the locale and language, the women also wore traditional Mayan dress.

The rosary project was a gift from — and to — all those who participated in it, once again demonstrating that prayer transcends the limitations of language and distance. 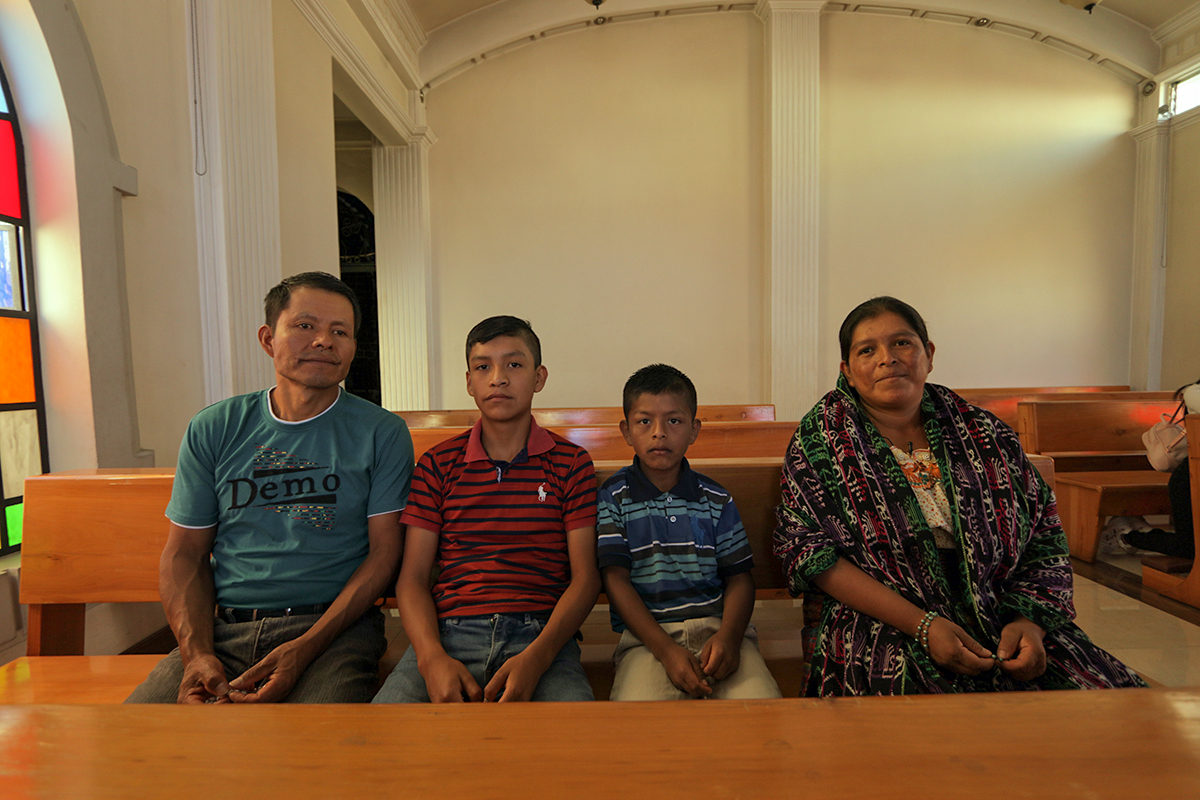 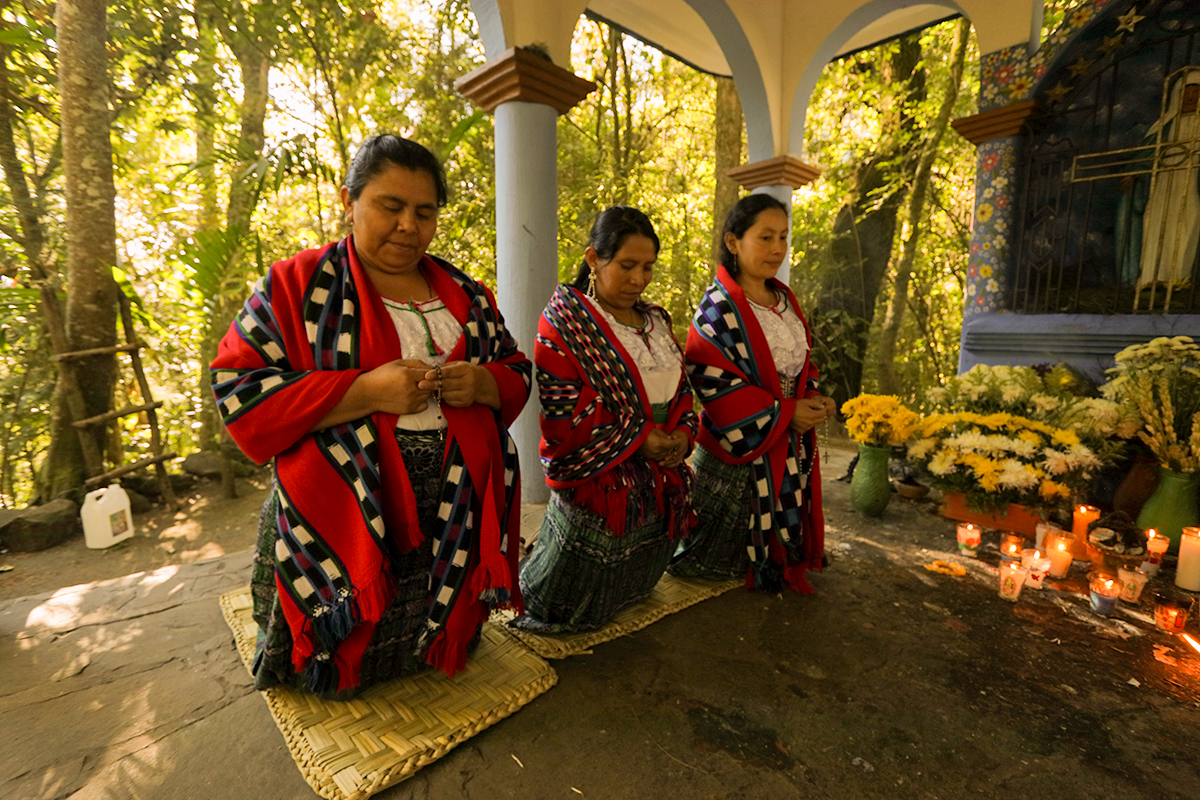 Photo 1: The family of sponsored child Juan (second from left) gather to pray the rosary in a small chapel adjacent to their parish church in Guatemala. With Juan are his father, Manuel, younger brother Francisco and mother, Josefa.

Photo 2: Wearing the traditional dress of their Guatemalan community (from left), Clara, Andrea and Dolores pray the rosary on the “mountain of prayer” outside the city of San Pedro La Laguna. The women, who are all mothers of sponsored children, prayed in the traditional Tz’utujil language.

It was wonderful to work with the group of mothers. Days before the recording, they prepared themselves to learn to pray the Holy Rosary in their native Tz’utujil language. Each mother prepared herself in the best way to pronounce in unison the words of the Our Father and the Hail Mary.